This season, Ryu is challenging the Cy Young Award with his extreme performance 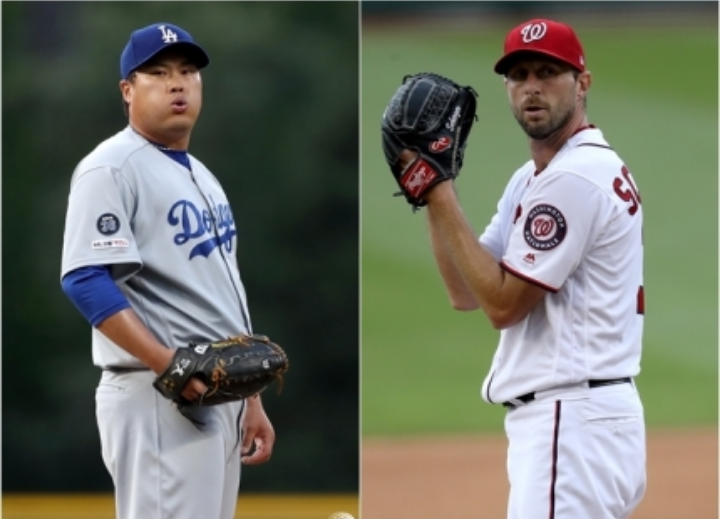 Amid the news that Max Scherzer (35) is suffering from back pain again after his return to injury, Ryu Hyun-jin (32), the Dodgers' next starting pitcher, has become more important. Furthermore, they meet Colorado at the weakened Coors Field.

According to the official Major League Baseball website MLB.com Ryu will start the away game against Colorado at 4:10 a.m. on August 1. He will return to the mound at Coors Field about a month after he became a losing pitcher (two losses) with one walk and seven runs in four innings on June 29 with three homers and four strikeouts.

This season, Ryu is challenging the Cy Young Award with his extreme performance. He is the only starting pitcher to complete the regulation inning with 11 wins, two losses and a 1.74 ERA in 20 games. One match will inevitably affect the structure of the video.

Against this backdrop, Scherzer, who had formed a two-way structure, suffered pain in his back again. It's already been on the disabled list once, but the pain hasn't gone away. Last time it was in the thoracic side, this time it was the spastic spondylus. Though the parts are somewhat different, they are all injuries from the back.

Schwarzer has shown willingness to pitch against Atlanta scheduled for Thursday, but local media are skeptical. The U.S. media MASN even used the expression "up in the air." Washington coach Dave Martinez also expressed caution, saying the situation should be "observed." If it's not a dramatic turnaround, chances are high that he will skip the starting lineup once.

For Ryu, he had a chance to take the lead in the race. But I faced a bad Coorsfield back. Ryu has not been good at Coorsfield with one win, four losses and a 9.15 ERA in five games. It's a real go-go to the Cy Young.

In the end, Ryu has to overcome it. Colorado named right-hander German Marquez, 24, as Ryu's starting opponent. Marquez has 10 wins, five losses and a 4.88 ERA in 23 games this season.