Ryu's "competitors" are on board 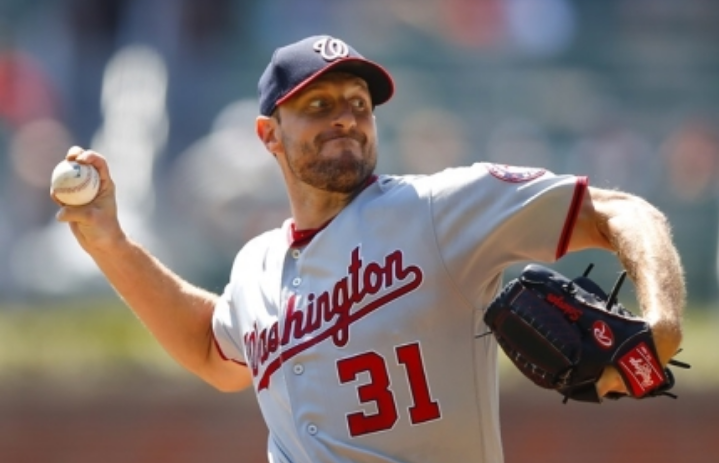 Ryu's "competitors" are on board. Max Schwarzer, 35, of the Washington Nationals, smiled in a starting showdown with Mike Soroka, 22, of the Atlanta Braves.

Schuester started the game against Atlanta in the 2019 regular season at Sun Trust Park in Atlanta, Georgia, and pitched six innings with two hits (one homer) and struck out nine walks to become a winning pitcher.

This is the 10th win of the season. Ten wins in a row in the last 10 years. He won after 64 days after winning his ninth victory on July 7. It is the first time in five matches for a game It took a long time. He appeared to have slowed down after returning from injury, but showed a low profile on the day.

He also lowered his ERA from 2.60 to 2.56. He has a ERA that only went up in the past four games, but has fallen in five games.

It was Sorocca who faced off. Soroka struck out seven hits (three homers) and struck out seven in six innings, and became a losing pitcher. This is his fourth loss (11 wins) of the season. He lowered his ERA to 2.32 on Aug. 11, but has since continued to rise, adding to the record for the day to rise to 2.67.

However, due to the recent slump, Schwarzer, Sorocca, and Jacob Digrom, 31, have been allowed to follow suit. He was a strong candidate, but now he is in a "unknown" situation.

However, competitors are not fully encouraged. Schwarzer and Digrom had a showdown on Friday. At that time, he allowed four runs apiece, making it all up for grabs. His ERA also rose.

Soroka also lost his hot pace. He clashed with Schwarzer on the same day and became a losing fighter. On the contrary, Schwarzer shook off his slump. Competition is expected to become fiercer as the season is set to end.