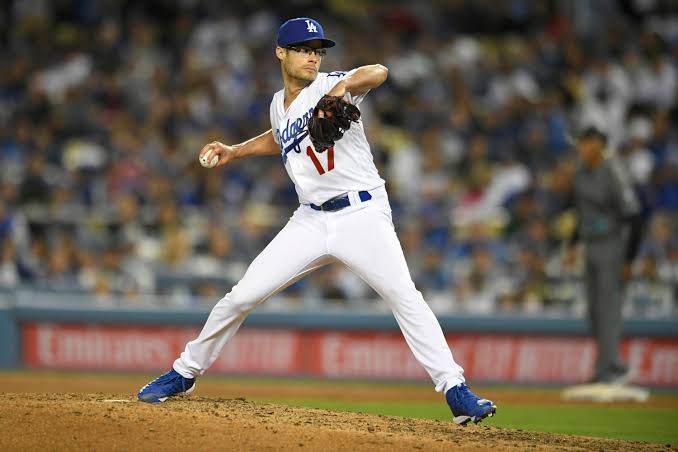 Joe Kelly of the Los Angeles Dodgers, who suffered from a severe slump, is showing signs of recovery recently.

Source
Following in 2017, the Dodgers lost to the Boston Red Sox in the World Series last year, staying runner-up for the second straight year. Kelly, who has been active in the postseason for the Dodgers, who are desperate to win the championship, left a huge impression.

Kelly showed overwhelming pitching in last year's postseason, with two wins, one loss and a two-hole ERA of 0.79 in nine games. In the World Series, he completely beat the Dodgers with a one-win, two-hole ERA of 0.00 in five games (6 innings).

After watching the performance, the Dodgers signed a three-year contract worth 25 million U.S. dollars with Kelly, who was on the FA market after the World Series. It was a recruitment event that many expected to play in the fall baseball season.

But as the season began, Kelly fell into a deep slump. By May, he had only one win, two losses and a four-hole ERA in 19 games (181⁄3 innings), and appeared to be a stroke in the Dodgers' bullpen brutal history.

Fortunately for the Dodgers, Kelly turned into a completely different pitcher by June. In June, he started to record an ALIT bullpen pitcher-down performance with two wins, one loss, one save and an earned run average of 1.29 in 13 games.

The Dodgers waited for a rebound, steadily pitching Kelly even when he was not important despite Kelly's poor performance. Kelly is finally living up to these Dodgers' beliefs.

Kelly showed strong performance in the fall with three wins, two losses and a three-hole ERA of 2.49 in 25 games (47 innings) in his postseason career. Since the postseason alone has won the World Series five times, the fall baseball experience is enough.

The Dodgers have 15 Blon saves this season, the eighth-largest number among 30 Major League Baseball clubs. He has a bullpen ERA of 4.14, staying in 10th place. One cannot overemphasize the importance of the bullpen in a postseason in which one game, one game, is important. Will Kelly really be the Dodgers' Hidden Card in the coming fall?