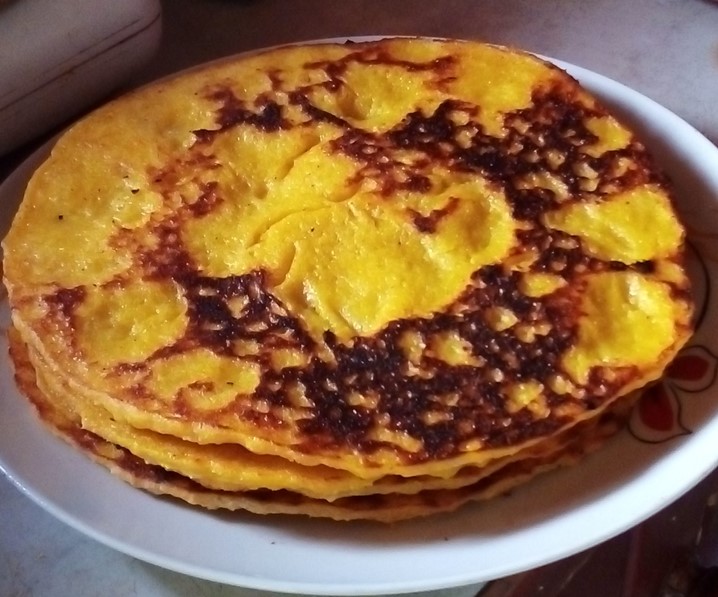 The month of August is a period with a lot of meaning for Venezuelans. It is a month in which children enjoy their school holidays. Until a few years ago it was time for the enjoyment of the family, which took advantage of the school break to visit other regions of the country and enjoy the company of friends and family.

The month of August is also conducive to enjoying foods that are part of Venezuelan traditions. August is known as the month of corn. 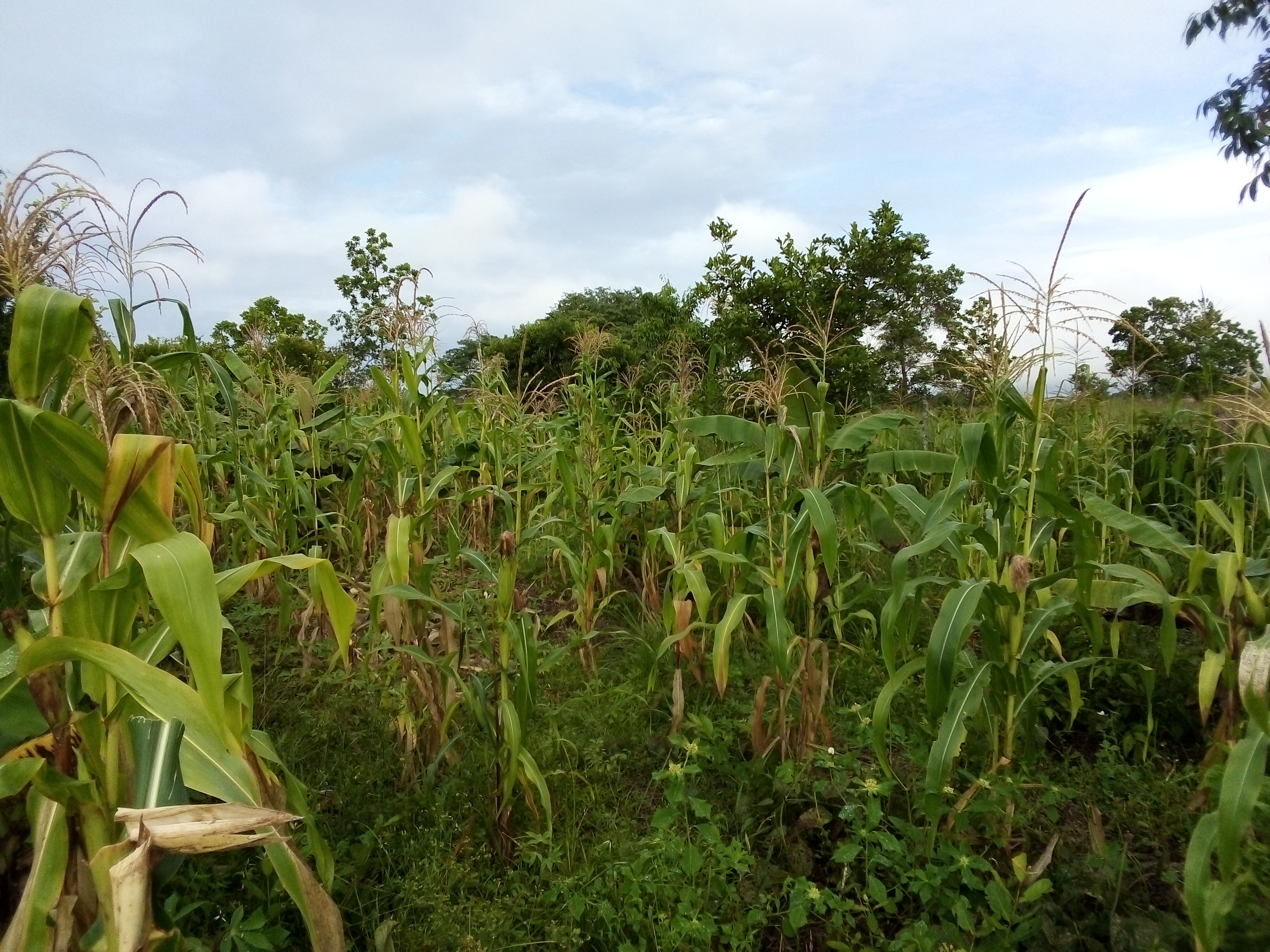 Before telling them about the process of making the traditional Venezuelan cachapa. I find it convenient to refer to its raw material, corn.

From the school age I remember that we were taught the American origin of this oilseed. Reviewing on the web I found an FAO material in which different places of origin of this cereal were indicated, which were supported by several researchers. Despite the foregoing, the thesis of American origin is the one that manages to be imposed on the rest, Mexico being the epicenter of its process of introduction to Europe during the colonial period; and from there, to the rest of the world. All this has led to the fact that corn is currently the cereal with the highest production worldwide, surpassing crops of greater history such as wheat and rice. 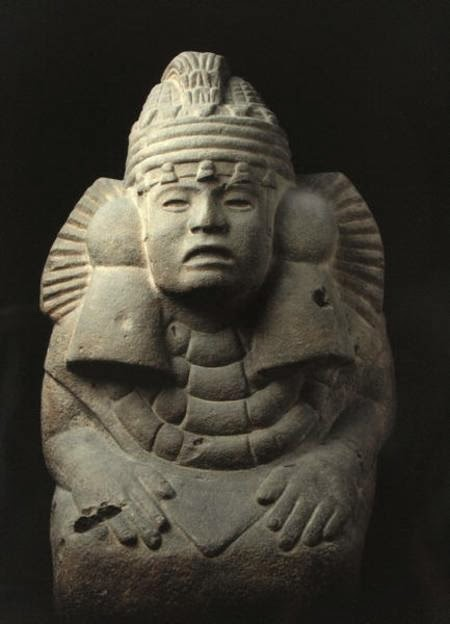 The thesis on the Mexican origin of corn focuses on the research of the American anthropologist Richard Stockton MacNeish. During his research, the anthropologist mentioned managed to find remains of corn plants whose age was estimated at eight millennia, this was possible thanks to the dry conditions of the Tehuacán climate that made it difficult to decompose the ears of young corn (xilotes) grown in area. Evidence of the cultural importance of corn has remained in this area that was the epicenter of the Aztec culture. In the galleries of some pyramids, you can see sculptures, paintings and allegorical engravings to the cultivation of this product.

The ancestral importance of corn for another pre-Hispanic culture, in this case the Maya, was masterfully embodied by Miguel Ángel Asturias. This Guatemalan writer and Nobel Prize for Literature, refers in 1949 to the myth of Popol Vuh (one of the sacred books of Mayan culture). Corn men was a mandatory reading book in our high school a few years ago. At present, Venezuelan students of that level have no idea of this work in their Spanish and Literature classes, a real shame that the current political regime that prevails in Venezuela has undermined our educational system so much. 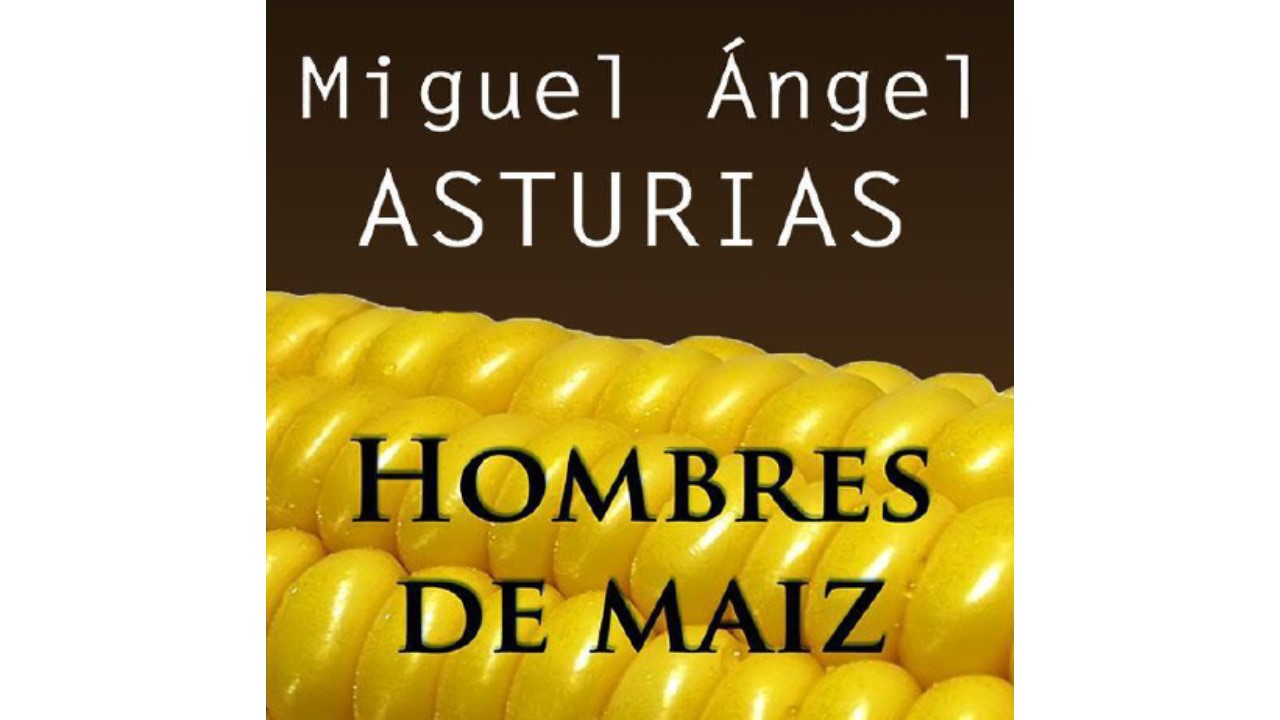 The corn men one of the great works of the Guatemalan writer Miguel Ángel Asturias, Nobel Prize for Literature

Excuse me dear friends if I extended too much in relation to the origins of corn, but I think it is important to know the background of our diet, which undoubtedly reflect transcendent elements of our culture.

Going into detail I tell you that the preparation of the cachapas was done last Sunday. I have to confess that I contribute very little in terms of work, since that day I was returning on a trip with my nephew who went to spend a few days with his grandmother in the city of Valencia, in the center of Venezuela.

When I arrived at the house of my sister-in-law and my brother, they had already begun with the preliminary activities of the elaboration of the cachapas. However, we were able to see some of the cobs in the lot that were not being used. 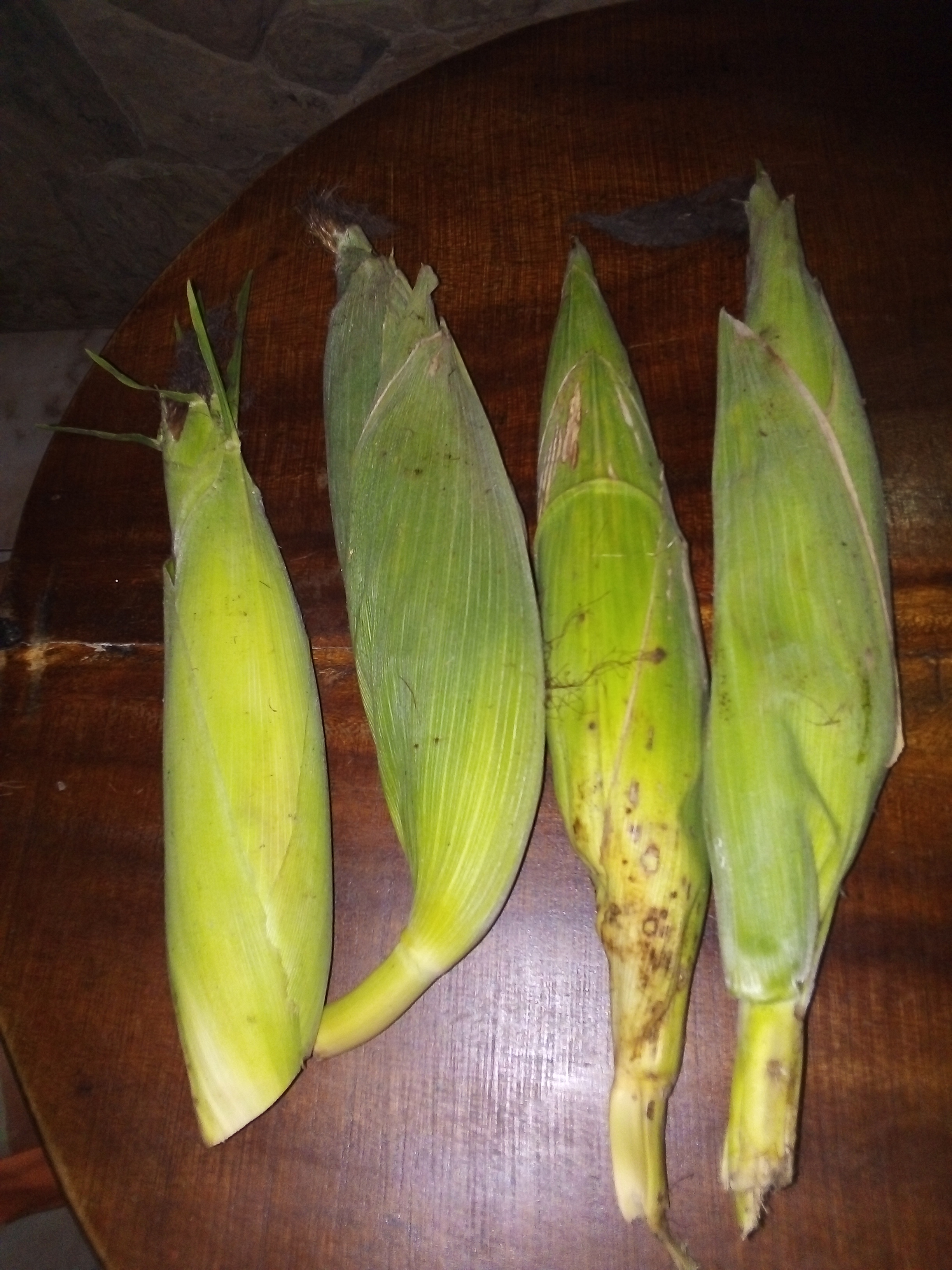 The process of making the cachapas begins with the cleaning of the corn cobs. This cleaning is nothing other than removing the green leaves that cover the cob and removing the hairs or beards that protrude from it. The process is completely handmade.

Then the corn kernels are removed from the ears using a sharp knife, the idea is to leave the ears without traces of corn lol. At the end of the extraction of the corn kernels, the green leaves and ears are ordered for later use. 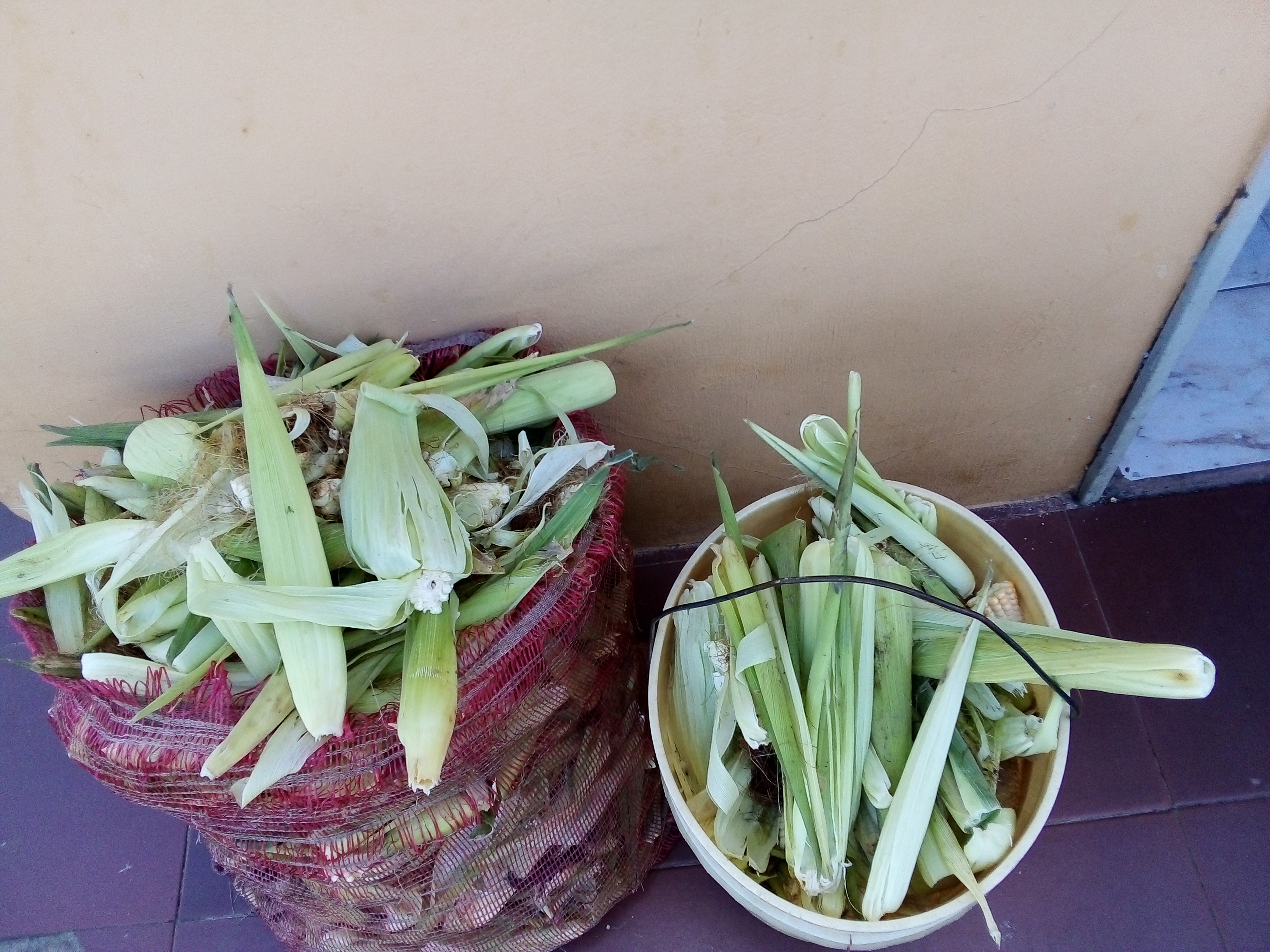 Unlike what we do in the city, of course for obvious reasons, the shelled leaves and ears (commonly known in Venezuela as “tuzas”) are used as food for cattle. Cattle enjoy this type of food very much. 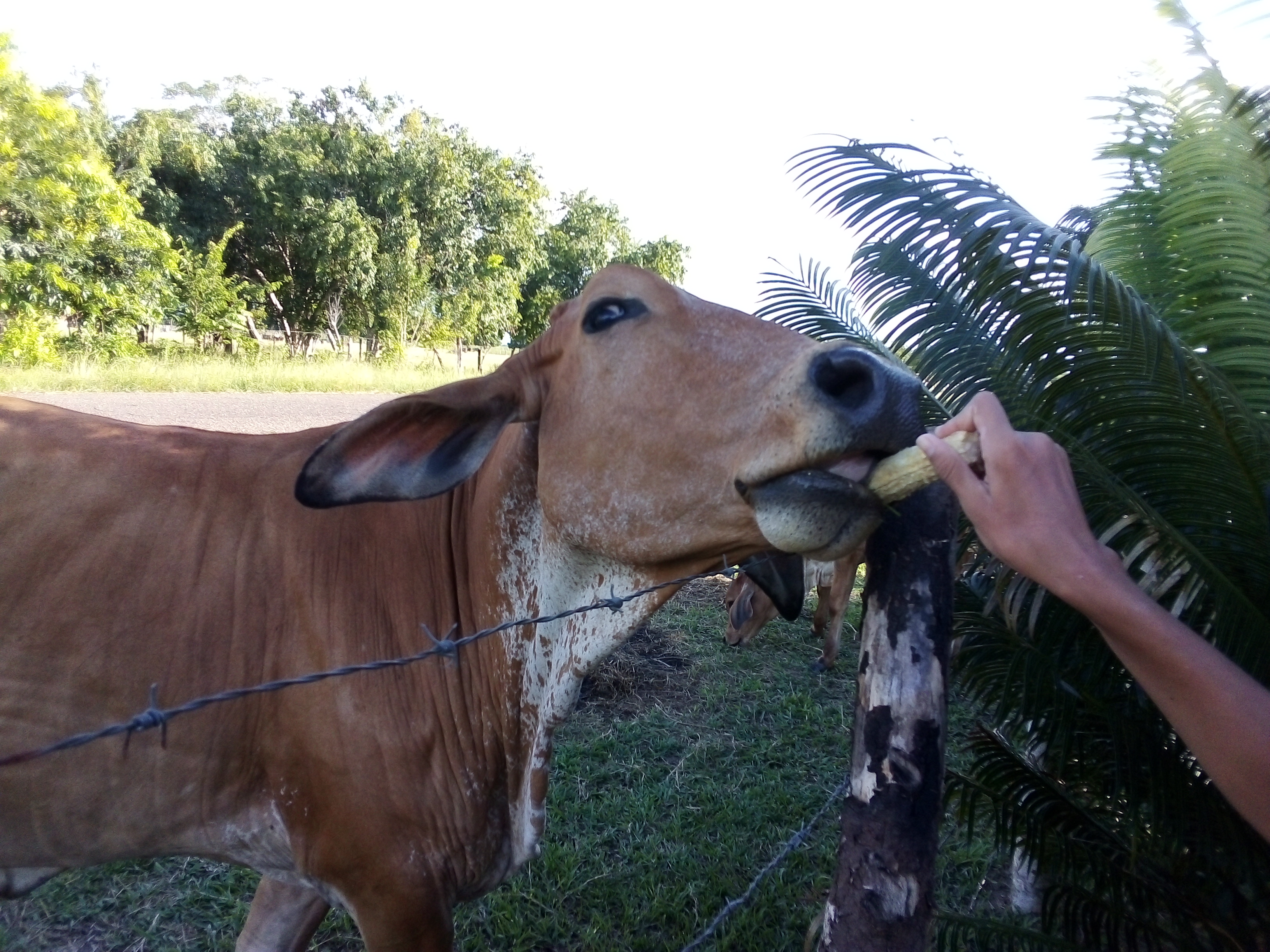 When we enjoyed the experience of feeding some ears to the cattle that passed in front of my compadres' house, we were able to enjoy one of the beauties of nature such as a rainbow. 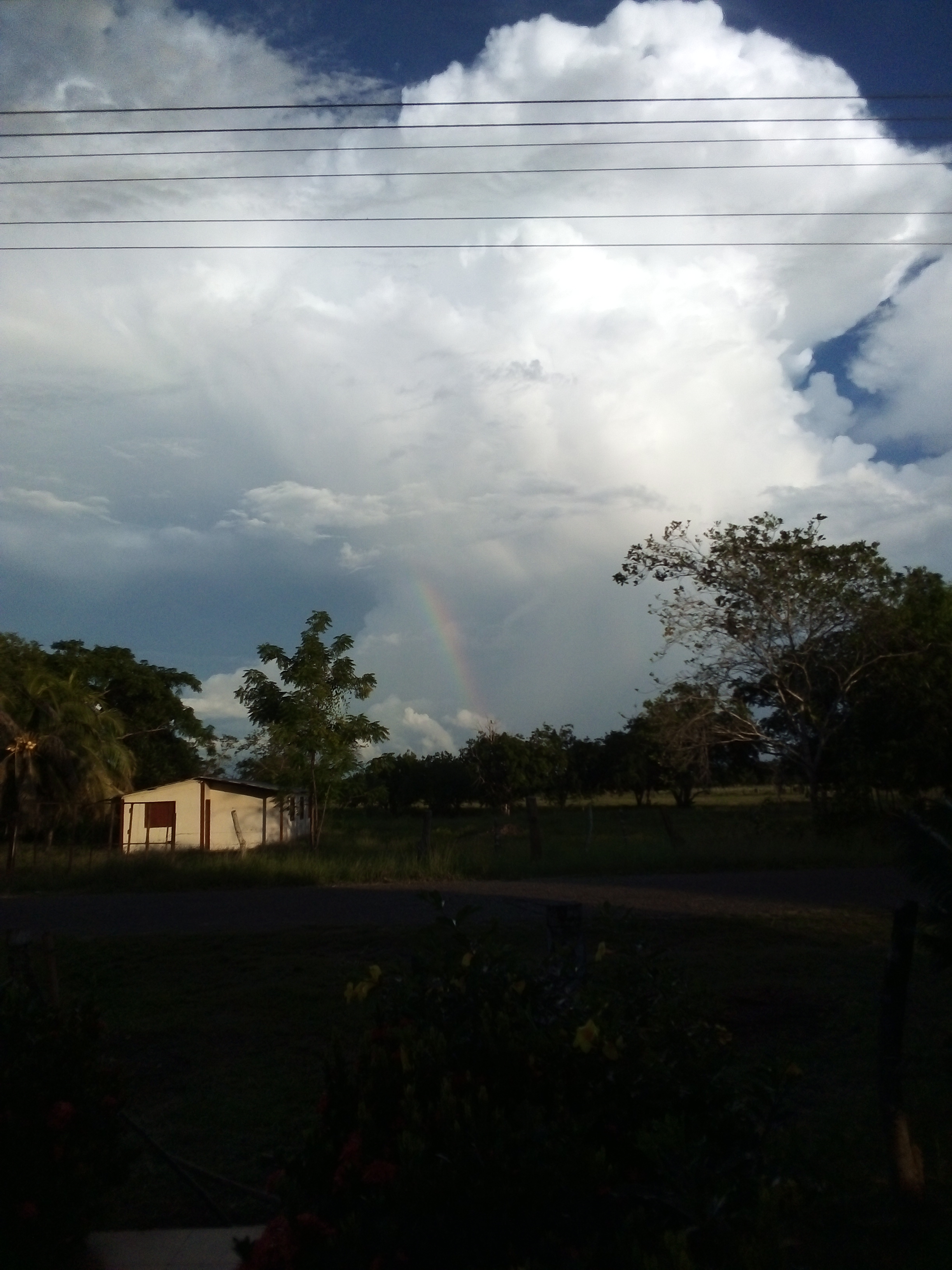 A beautiful rainbow seen on the hot Sunday afternoon

The next step in the preparation of the cachapas is the grinding of the corn kernels. In this case we use a manually operated portable mill. I must confess that it is one of the strongest parts of the process, so all family members contribute their effort. 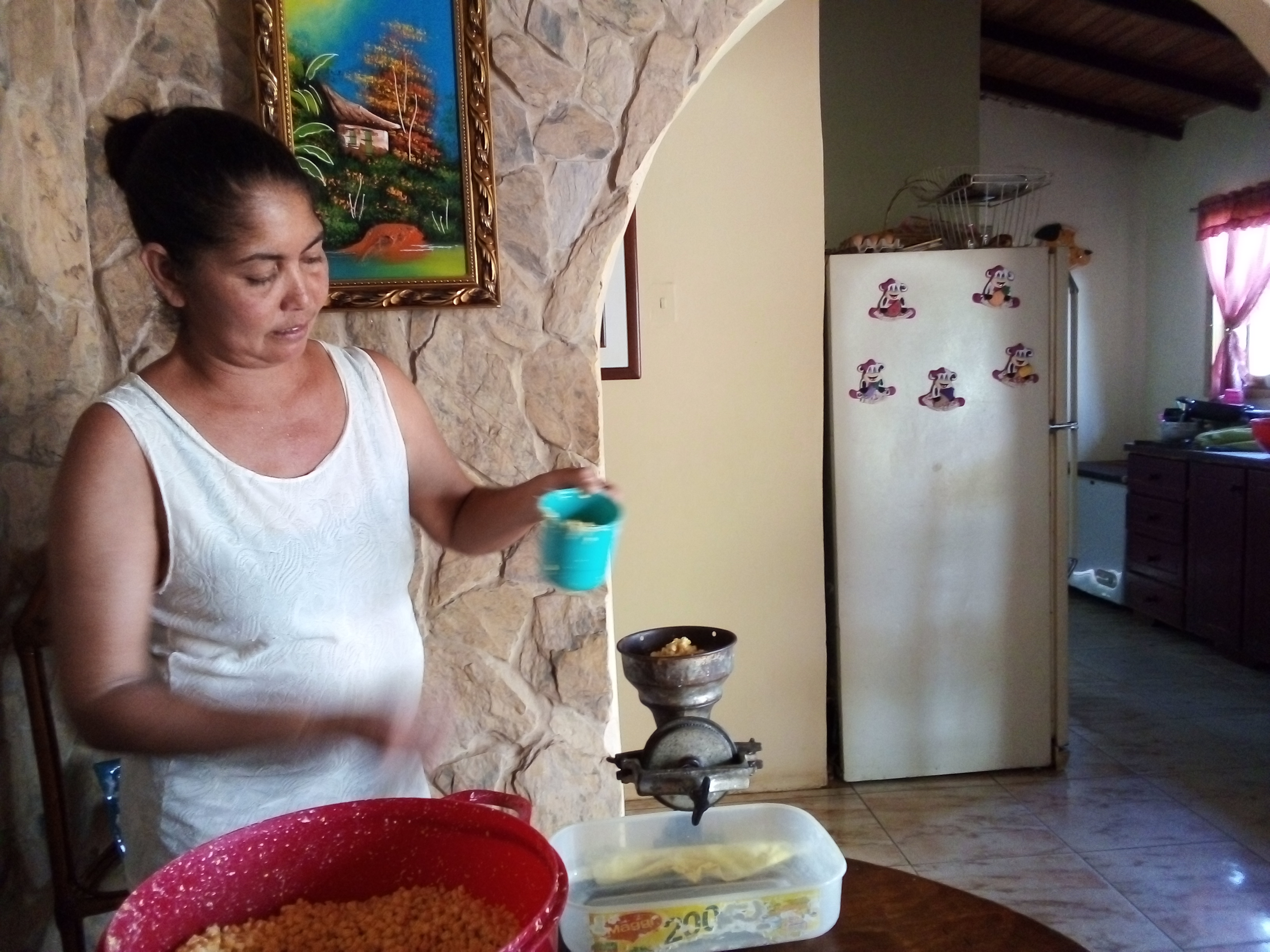 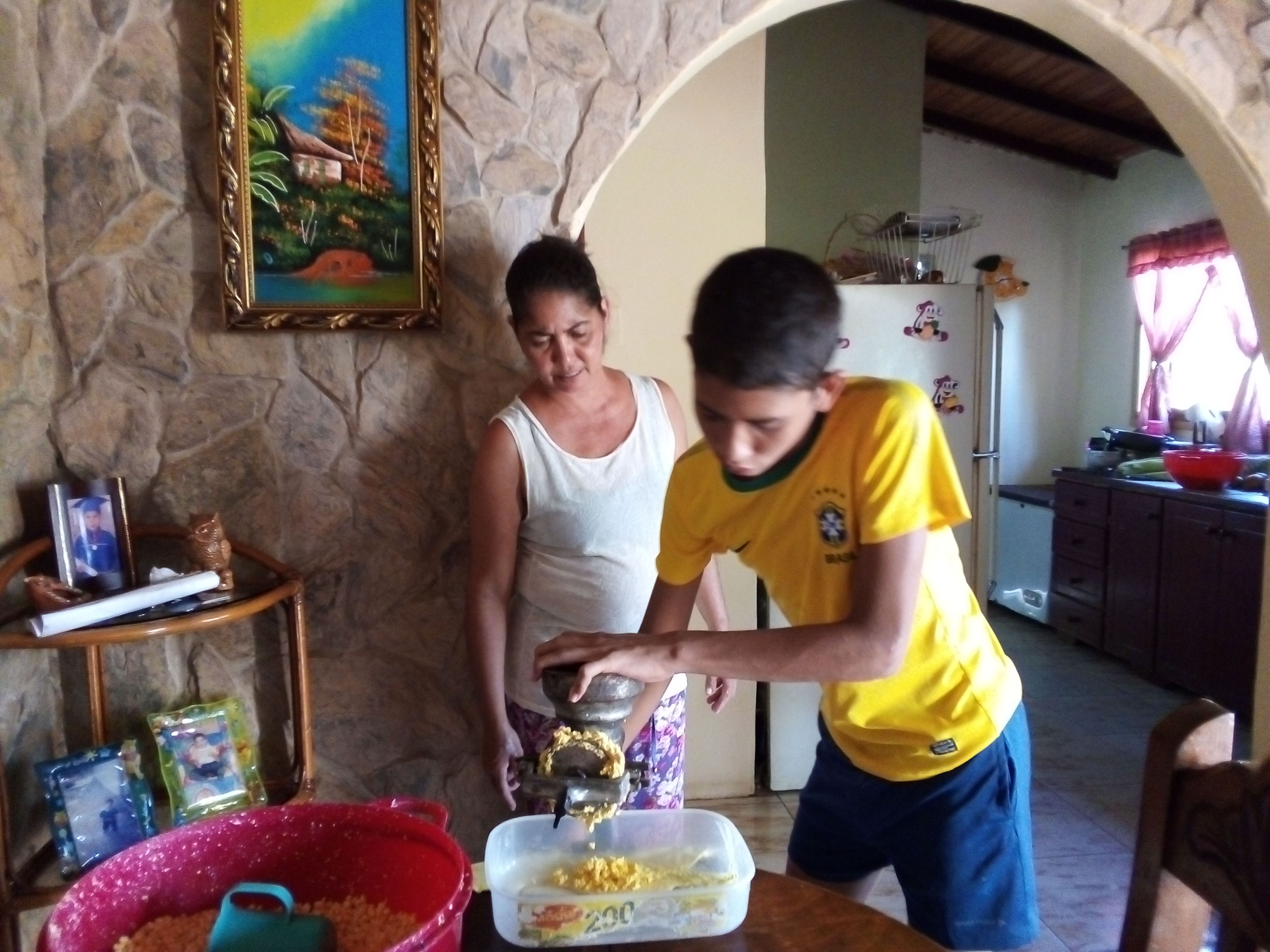 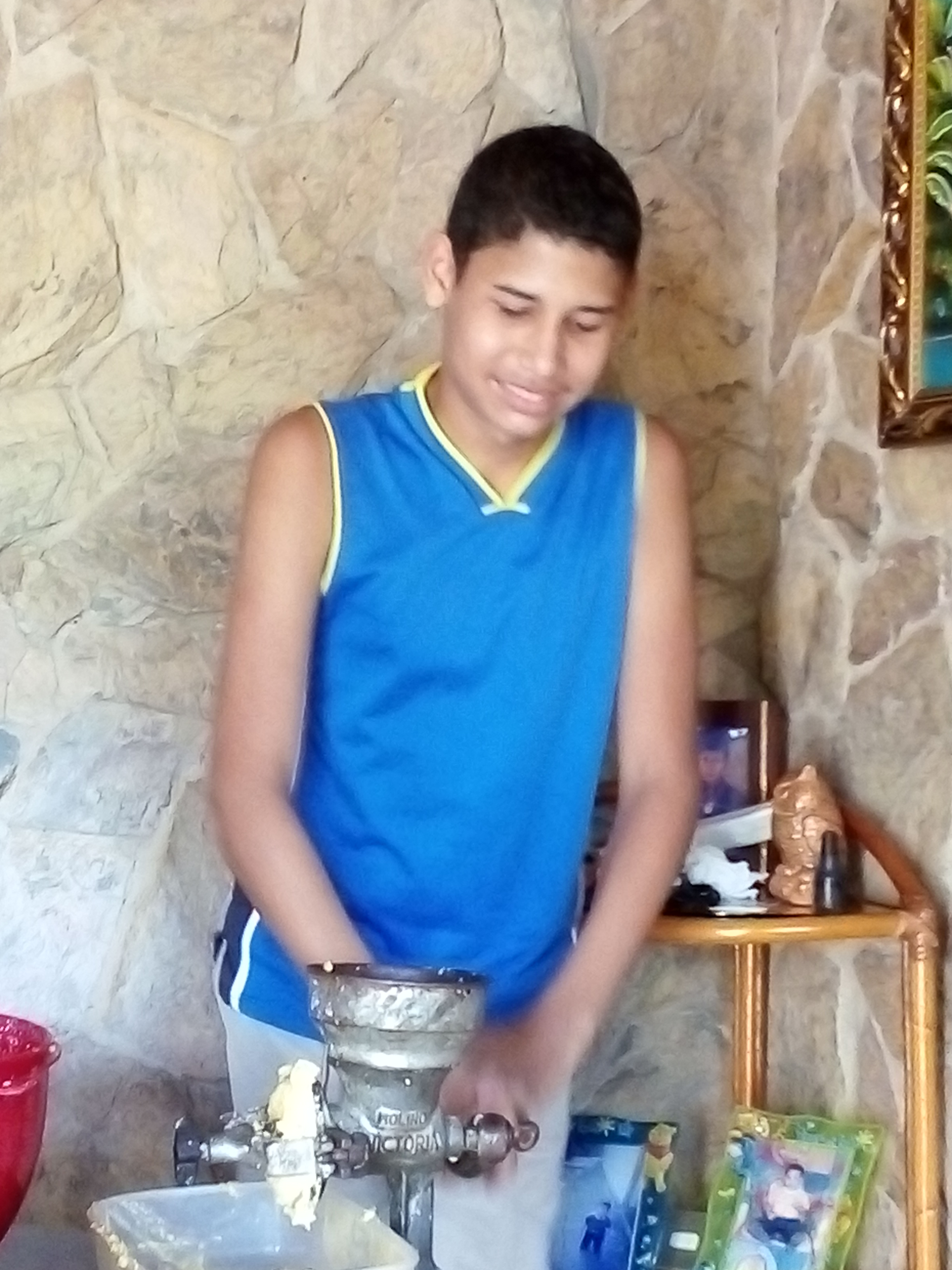 From the grinding of corn two by-products are extracted that are used for the elaboration of the rich cachapas. One of them is a homogeneous corn paste; the other, a liquid of the same color.

The previous components were added in a bowl. Then other ingredients were added, some very nutritious such as milk (a cup of fresh liquid milk) and others to the taste of who makes the cachapas such as sugar, a touch of salt and a few milliliters of oil in order to prevent the mixture is subsequently pasted on the iron or budare. All ingredients are mixed uniformly manually. 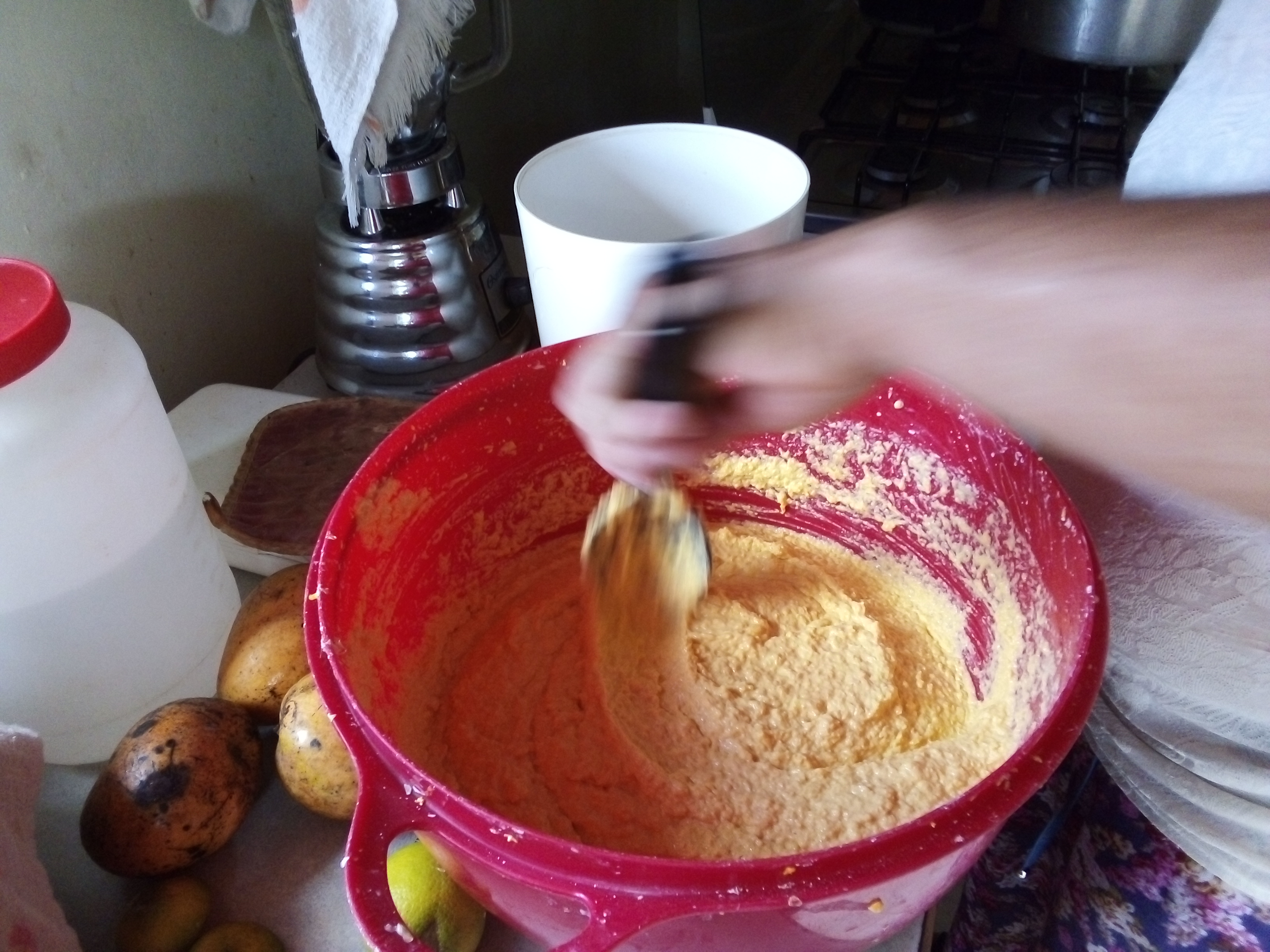 Corn paste along with the other ingredients used

The next step was the cooking of the cachapas using a budare or iron. With a plastic spoon the mixture is poured, which is given a thickness according to the taste of the guests. Its shape is a rounded cake that acquires a color between yellow and brown tones as the corn is cooked. At this stage the delicious smell of the cachapas already permeated the environment. The cooking process takes a few minutes, this depends on the number of cachapas that are going to be prepared. 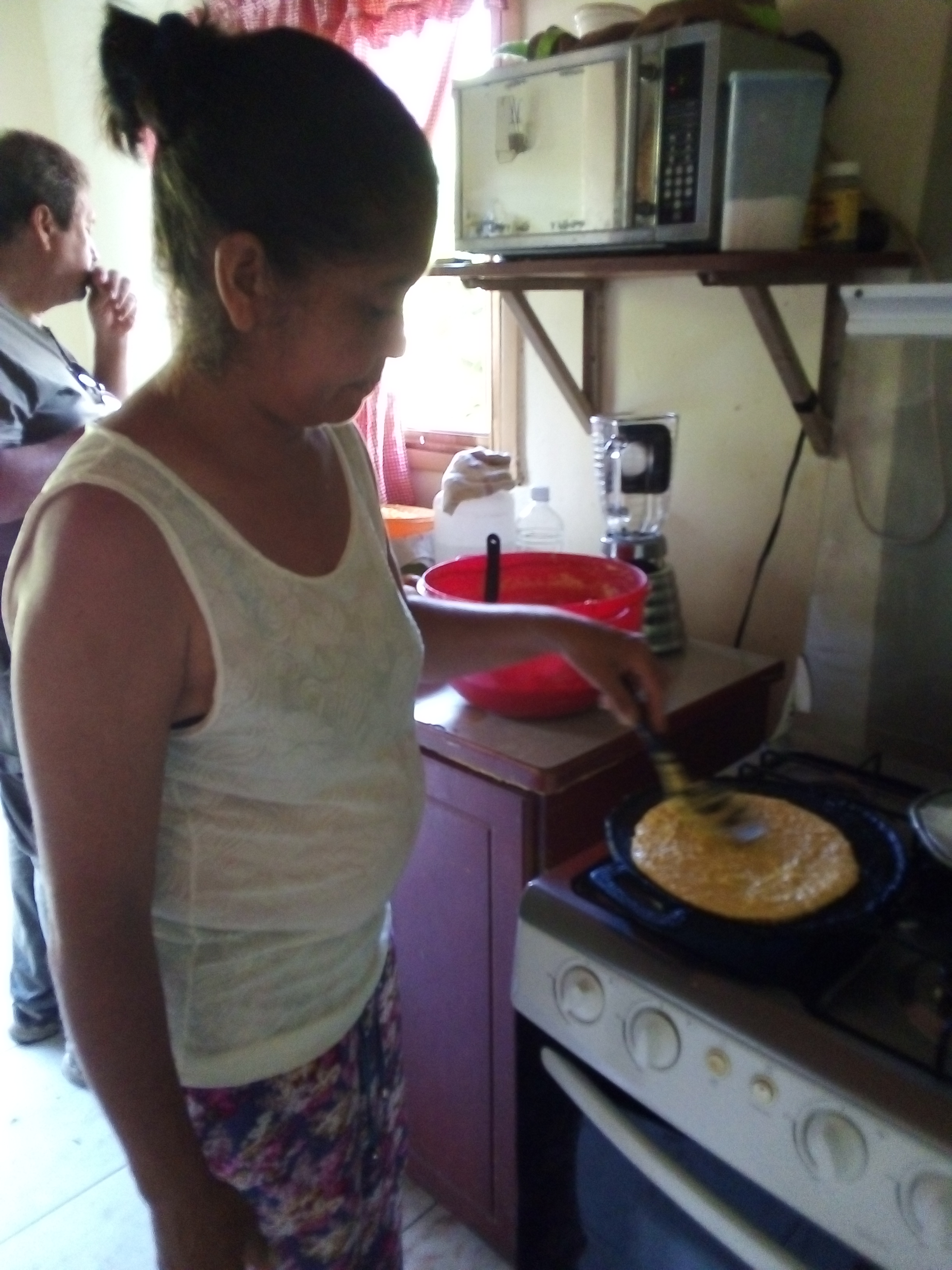 Preparation of the first cachapas using a budare 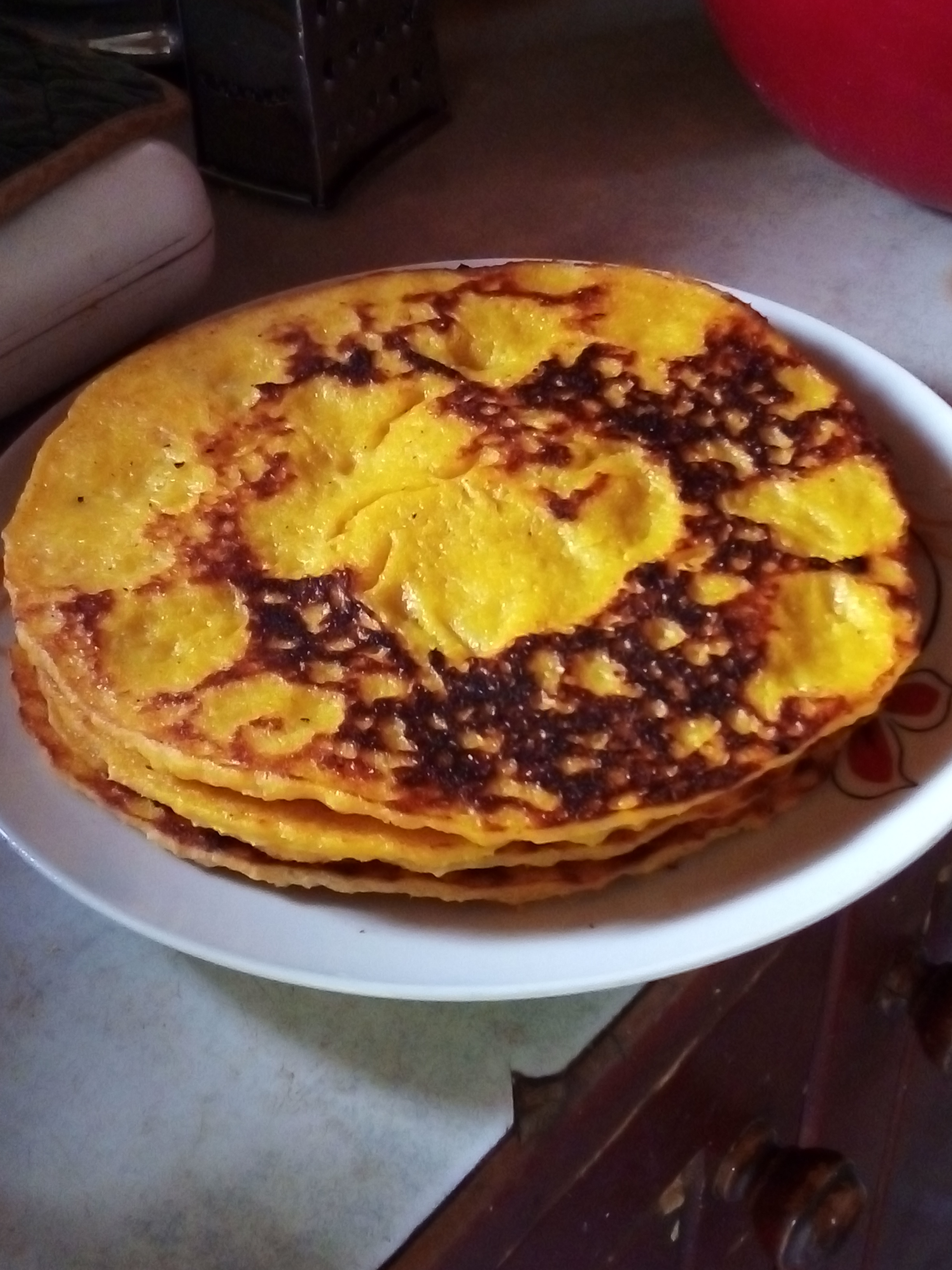 And so a good number of cachapas were cooked progressively

Another way to prepare the cachapas is to do what is known as "corn rolls". For this, several green leaves of the ears are used and the corn mixture is placed inside. The sheets are folded so that they cover the entire mixture thus preventing future material losses. Then with a wick a mooring is made to the “corn roll” and it is ready for cooking in boiling water. The product is also delicious. 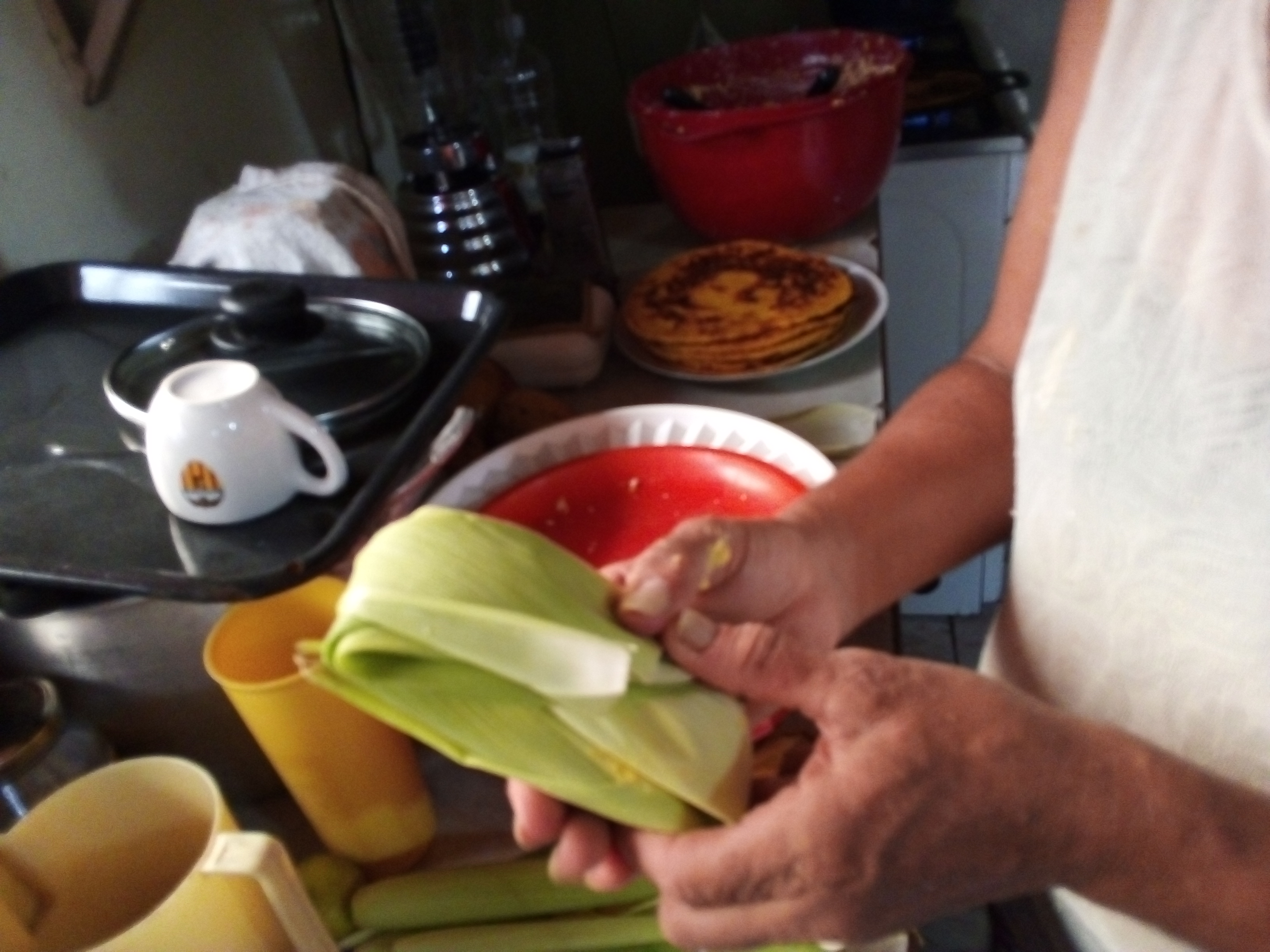 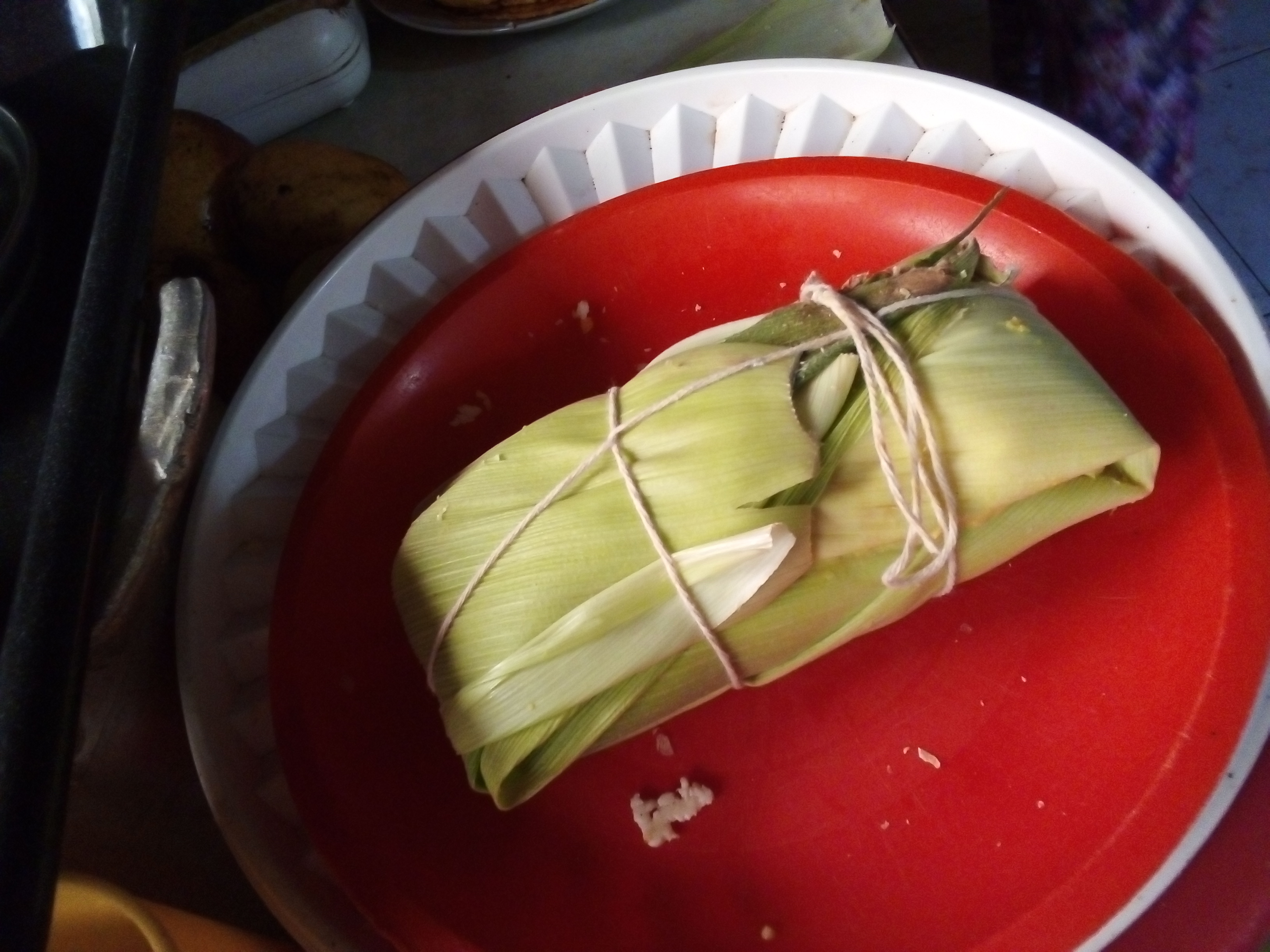 Once cooked the cachapas are ready to be tasted. They are usually accompanied with fresh white cheese, fried pork or other delicious foods. In our case we enjoy them with a delicious white cheese. 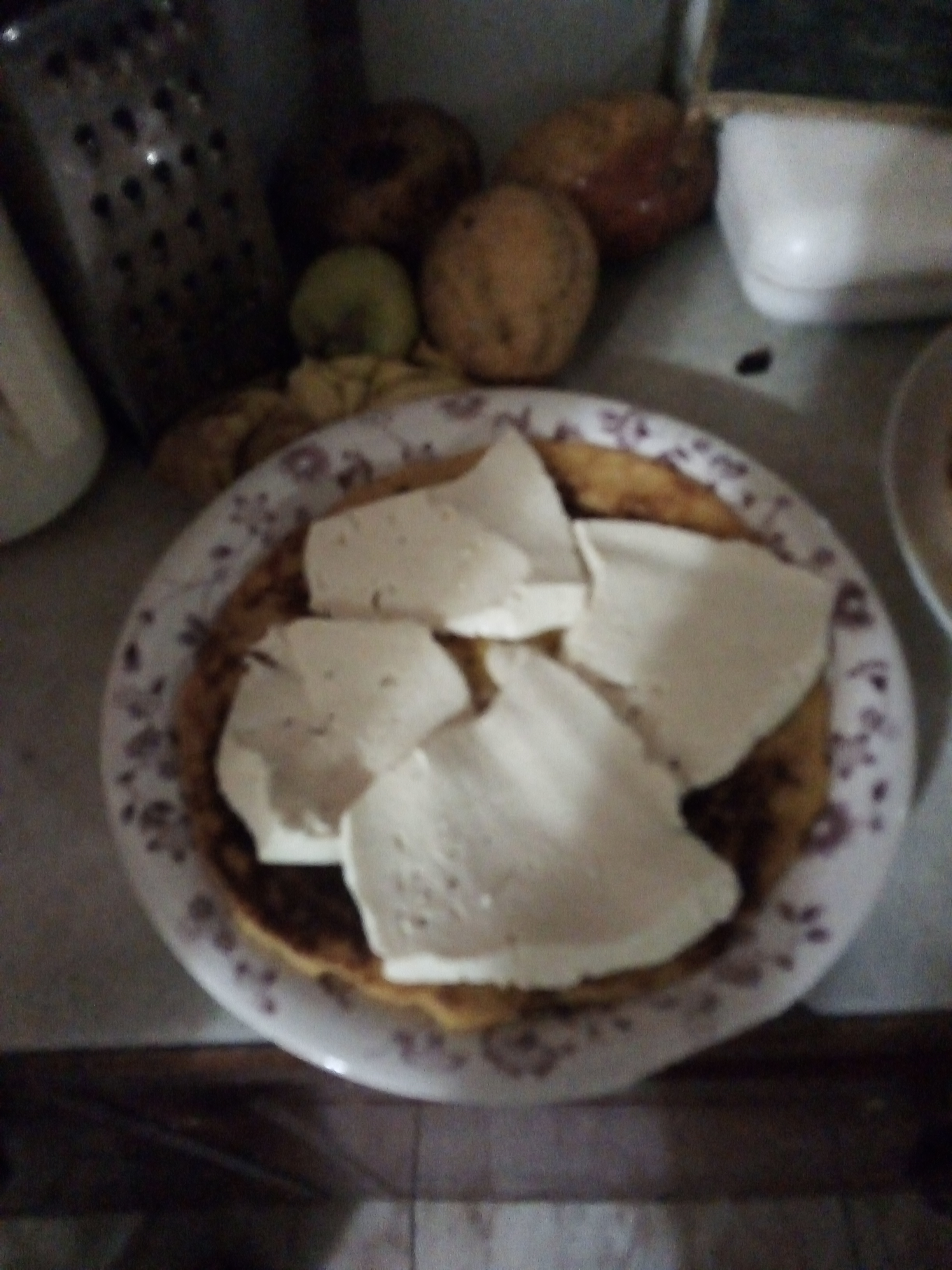 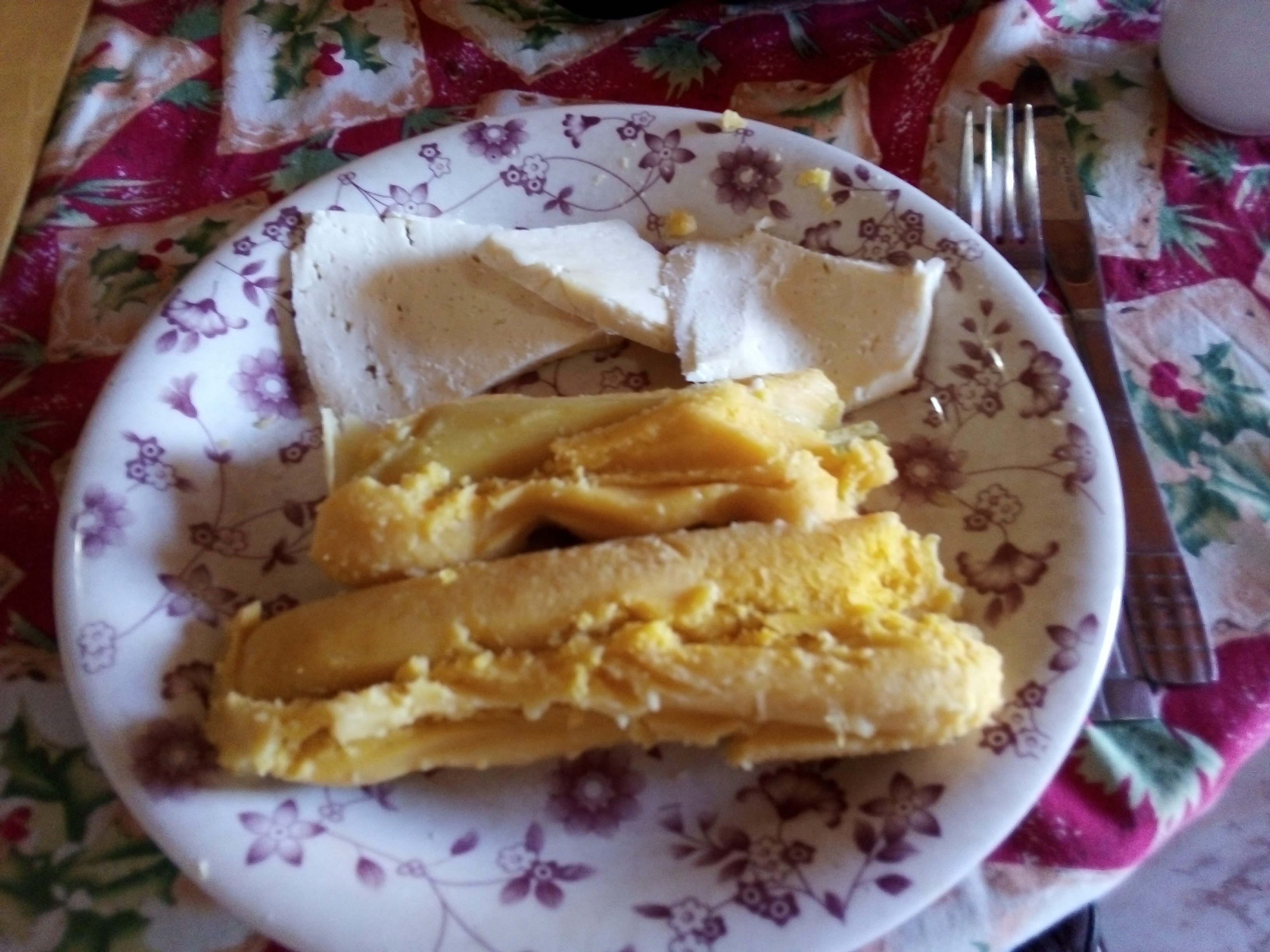 The cachapas ready to be tasted. I tell you that they were delicious

This concludes this post dedicated to one of the most delicious and simple dishes of Venezuelan cuisine, I hope you enjoyed it. See you at the next opportunity.