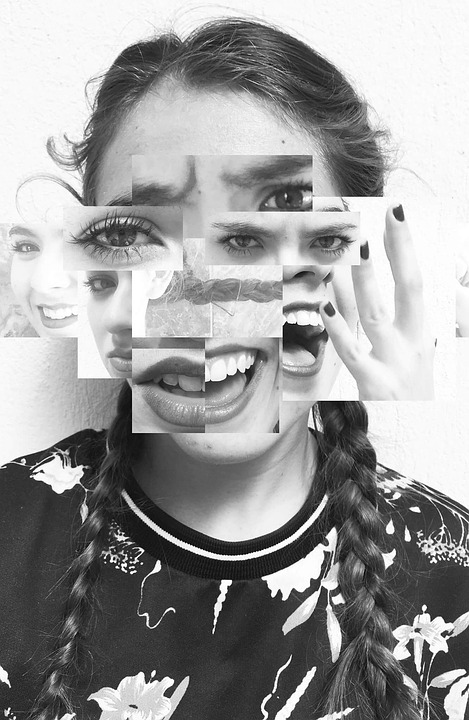 Undoubtedly having the ability to face the different situations that life throws at us requires an extremely constant emotional strength, but what happens if that emotional strength is affected by a psychological disorder that constantly makes us change, and that focuses mainly on causing a huge mess in our minds, yes, I talk about bipolar disorder.
#

#
This disorder is perhaps one of the most known and famous worldwide and not only for people who suffer from it because since over the years this disorder has evolved in such a way that currently it is widely recognized and used in all kinds of situations to explain erratic and unknown behaviors in people. However, beyond what we have heard or what we have been told, can we really know what it is? And how can it affect us?
#

It is basically a disorder that directly afflicts our brain and that severely affects the way we perceive things, causing our state of mind to be influenced in a very intense way; which consequently also alters our behavior in such a way that it creates situations in which our behavior becomes unpredictable since we are unable to maintain control of our state of mind.

As I said in the previous paragraph, bipolar disorder greatly affects our mood, making it variable without depending on any specific situation.

Having already made that point clear, then what is the state of mind?

The state of mind is the set of emotions that we experience in certain situations and that help us face the different scenarios that we find in life. That is why having to deal with a disorder that makes us lose control of these emotions is a very important factor in the definition of our behavior.
#

#
Bipolar disorder I, tend to have it or develop it, people who have experienced situations where they have lost the total capacity to control themselves, in addition, also tend to have it individuals whose mental alterations resemble maniacal behaviors where large periods of uncontrol and severe depression are observed.

When I refer to maniacal behaviors, I refer basically to moments where a person besides not being able to control their emotions, is unable to define them properly, that is, that in certain periods of time can be full of exaltation, euphoria, and joy but suddenly they can experience a radical change in those emotions.
#

#
Bipolar disorder II is a disorder that affects at a lower level than the previous one because even when it causes people to experience sudden changes in their behavior, these changes are not severe or extreme. Besides that, this type of bipolar disorder doesn't lead to maniacal behaviors.

Basically, this type of disorders usually play with the perception and mood of people but without affecting their behavior in a significant way.
#

#
This type of disorder is perhaps the lowest point of bipolar disorders and undoubtedly the starting point for the development of type I and II disorders. Like the previous two, people suffer from very inconspicuous behavioral changes, as well as small sparks of what could be a distinct change in a person's behavior.

This disorder is undoubtedly the most complicated to diagnose since people don't present specific episodes where their behavior and mood changes are evidenced, they tend to think that their behavior is normal. All this because as I said before people who develop this disorder can get to feel certain emotions for extremely long periods of time without apparent changes, but that from one moment to another could change without any reason.
#

Is there a cure for these disorders?

#
The first step for this type of disorders after being identified will always be the therapy in order to locate the possible triggers or pathologies that have caused the development of the disorder in the first place.

However, the most effective method of treatment is the intake of drugs that help control the episodes of behavioral changes and also the moments of loss of control of emotions that tend to be rooted with long periods of depression or uncontrolled euphoria. It should be noted that, although with a recurrent treatment based on therapies and drugs, these disorders disappear for some time, they don't do so definitively and any unexpected event could trigger them again.
#

If you want to read more scientific articles of good quality, do not waste your time, and visit the hashtag #steemstem.
#
Disclaimer: All the images used are correctly labeled for reuse.
#