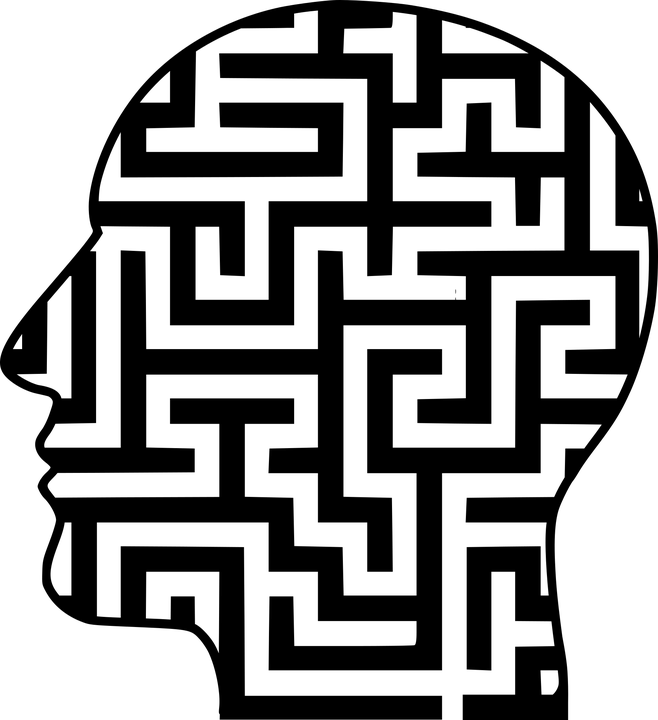 I'm sure at some point you've felt that your mind is playing with the way it makes you act, what I mean is that surely at some point you have walked to the kitchen and have stopped to think What is it that I came to do? What am I supposed to come looking for? No? Well, it happens to me all the time and in fact I go beyond that, because many times I take the phone, I unblock it and then my mind goes blank, impotent to tell me why I unblocked it, well if you ask my mom she will tell you that happens to me because I am clueless, but the truth is that there is a psychological and scientific explanation for all this, so let's start to explain it.
#
Psychologically these small episodes are often called "Freudian slip" and yes, as you can deduce by the name, are small failures that occur in our mind and extend to all the operating states of our brain, that is, when we experiment it we can even incur in errors of speech and writing and that undoubtedly correspond to another distortion of our subconscious.
#

#
This distortion of the mind is basically as I had mentioned before of those little moments where we were left blank and forgot what we were doing or what we were about to do, but that can also extend to our behavior, speech and even writing. An example that this distortion is playing with our minds is when we have those strange moments where we confuse words or even the names of people. Or tell me if it ever happened that you called your partner by the name of your former partner ... Yes, friends maybe that scolding of your partner was caused because you had a Freudian slip.

Parapraxis comes from a translation of the word "Fehlleistungen", used by Freud himself. The Greek word means "another action", while the German word can be translated as "the wrong action".
Source

As I have emphasized this concept is easy to understand, basically, it is when your subconscious deceives you, and you do or say something that you did not intend to do or say, and that sometimes it is simply to forget something.
#

This distortion was intensely studied by Freud, who was the one who managed to register one of the first cases of parapraxis and also devoted countless studies to discover if this type of anomalies was directly related to any pathology, however despite many studies Freud and other psychoanalysts could not find a relationship with any specific pathology. In other words, through the studies conducted by Freud and other psychoanalysts, it could be determined that since this type of anomalies is not caused by any higher pathology, it could occur in any person at any time.

The main conclusion reached is that this type of anomalies is another of those conflicts in which our subconscious surrounds us, but that, however, can sometimes originate due to the repression of some scenarios we have gone through, that is, , that this anomaly may appear as a form of unconscious in which we eliminate some memory that affects us.

It should be noted however that although in most cases this type of anomaly finds its origin due to unconscious processes in the depths of our mind, sometimes are nothing more than a sign of stress or fatigue to which it is subjected our mind. In summary, sometimes it is only an error without any cause.

And as Freud once exclaimed, "Sometimes a cigar is just a cigarette" and has no double inks.
#

In his studies, Freud managed to conclude that as mentioned at the beginning of the post, these small failures of our mind are manifested in several ways.
#

#
As you can guess this type of failure in our mind occurs when we are unable to use some words correctly or even when we confuse them. And yes, not always that someone makes a mistake while they are talking means that it is their fault since sometimes they are being victims of their own subconscious. So when you make a mistake like this you already know how to explain it.
#

#
In psychology, this type of slip is known as slip manus, and like the failures in speech, it is basically when we do not recognize words or even write something that has no place in the sentence or the text that is writing. One of the ways in which this slide manifests itself is when we are writing an extremely long article or text and we write hundreds of words without stopping at some point to read what we write. To summarize it a bit is when we write something out of context or whose meaning is invalid for what we are writing.
#

Failures in reading or understanding

#
Surely someone once said something to you and you simply misinterpreted or misunderstood it, because that is what this failure is about when we incorrectly understand something we have heard or even read. This usually happens when we have some preconception of who is talking to us or that we are reading and in fact, it can sometimes be presented as a little lack of attention because our mind is thinking of something else and we simply pay little attention to listen.

Another common moment in which we incur in this type of failure is when we are nervous about something that has just happened and we want to hide.
#

This is perhaps in the slip or failure in which we usually incur the most and can go from forgetting little things, like why have we unlocked the phone to forget the name of a person. Basically, it is about that, to have small moments where our mind simply forgets things.
#