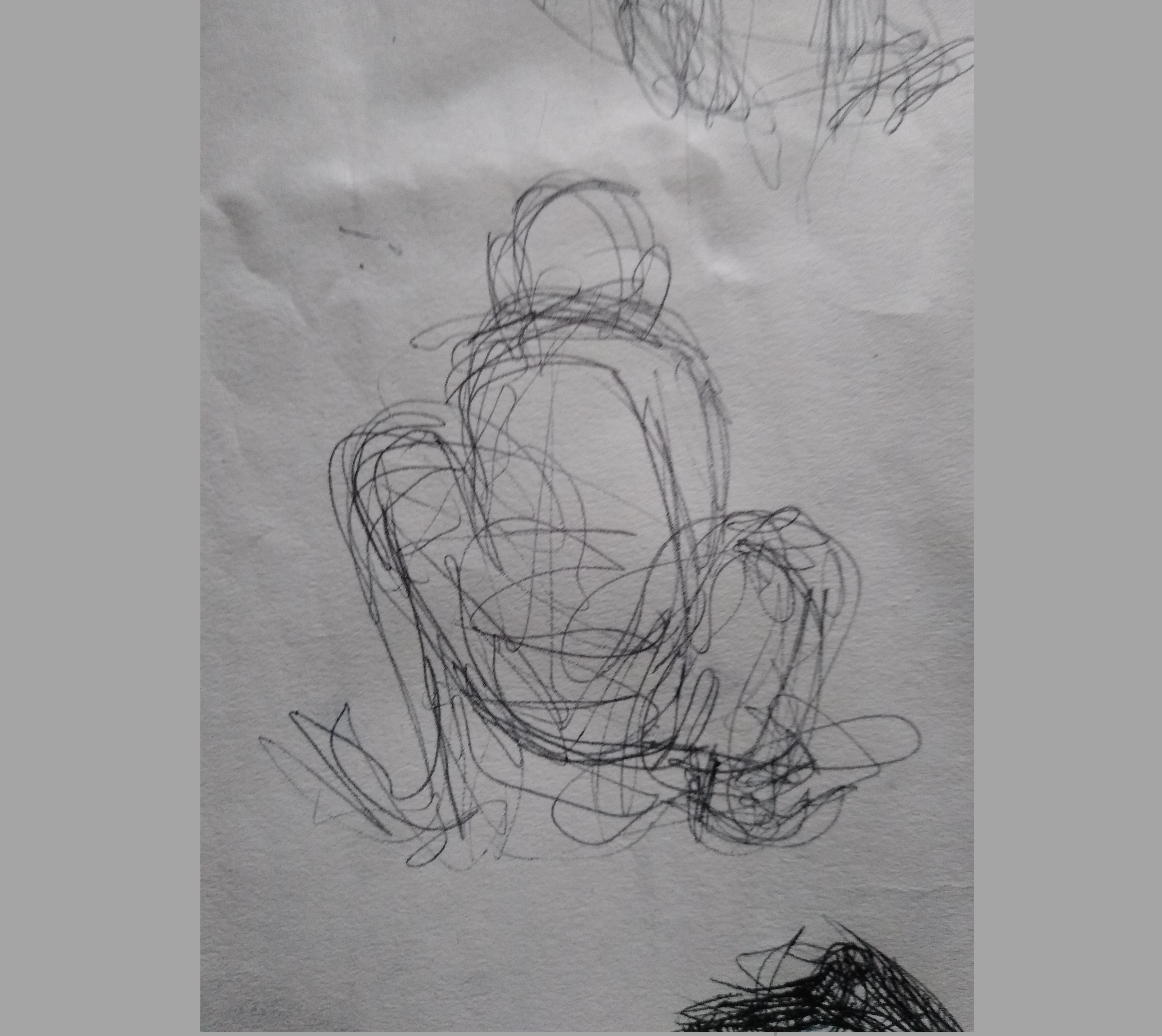 Hi steemians, today I would like to share some drawing exercises I have learned, with some modeled gesture drawings.

Memory Drawing
Every drawing is a memory drawing because you have to always look away from your model even if it's just for a slight second in order to draw or paint. Practicing memory drawing will automatically help improve your drawings as a whole.

The best way to learn this is to see the figure as a whole in the beginning before you draw. One of the memory drawing exercises is to have the model take three poses consecutively each for about half a minute and then step away so that they cannot be seen. You then for the next minute make three gesture drawings based on what you have seen. Even if is not accurate or you can't remember it is still teaching you the technique. You must not draw while looking at the model.

Below is one of my attempts at memory drawing from a life model.

It can be tricky at first but attempt it as best as possible even if it's just a few lines. Once you get better you will be able to remember more poses within the time limit. Try to like in the contour drawings draw from relying on your sense of touch. Since you are drawing from life compared to a 2d image you can imagine the 3 dimensional object as you draw it.

Below are memory drawings of my dad while exercising following this exercise.

If you don't always have a model any object would do it's the exercise that is the useful part. I have drawn my hand before alternating between looking at it for 10-30 seconds and then drawing.

Moving action
Another exercise is called moving action. The model does a moving pose repeated several times and you draw the original stationary pose and the moved pose. You can see in the drawing previously I drew him at the start of his rep and at the end of his rep in his bench press exercises. I also did it while he rested between sets.

Descriptive poses
Descriptive pose exercise is to describe the pose the model is about to take and the draw it. You do a quick gesture drawing of the pose when they are not there and then do a gesture drawing of them doing the pose you described when they are there. This exercise is good training for you to be more naturally observing at what the human body is capable of doing and note the variety of postures of ordinary people.

Thanks for reading this post and hope you learned a few useful things when it comes to drawing!
Ian,