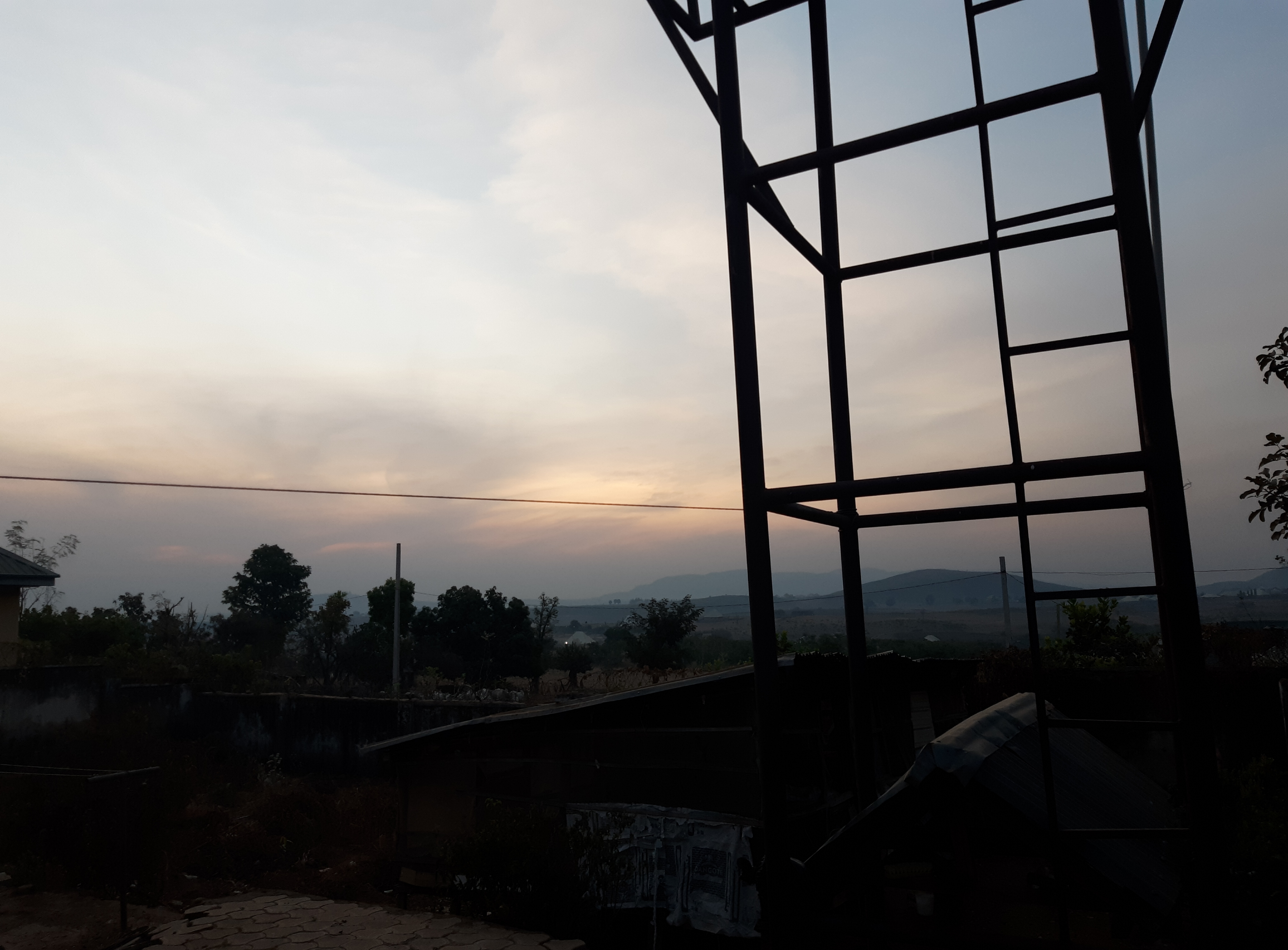 Hello and welcome to my diary for the 7th day of 2021, it was bbn kind of a laid back day, stay with me to know more about it.

I slept a lil early the previous night and was able to wake up by 4am working online, especially on the #mytownintenpics challenge, I took my bath when done and then settled back in for further work and the weather was quite favorable. My friend Mr Albert had fixed an appointment for us to meet up by noon, we haven't seen in a little over a month and was looking to the time we meet up.

Later in the day I went out to meet with Mr Albert and we spoke about inksnation and other business plans he had in mind. At this point I was really wishing that Nigeria is a country were someone's dreams and vision can be supported and brought to life without hitches.

Time passed by so I later left for home, on my way home I met and played with this cute German Shepherd dog named Sharp. I liked the pure slant back german Shepherd that I had to ask if the owner had puppies but he said no.

On getting home I took out the book in the picture above to continue reading from were I stopped after a while. It was actually part of our task for steemalive Lid Report Spotlight for the day and am glad it helped me remember the book.

A Book To Read

Higher Podium for Athletes is a book written by my mum and lunched in September last year as some of you know it, I had only read some part and feeling lazy to continue. Well I continued from where I stopped and enjoyed it.

The slogan of the book says "Start well, Play Well, End Well" and you might think it's just for athletes but it is for everyone because it generally covers life and how to planned ahead of time. You would definately be glad you read it so I suggest you do.

In the evening I was still home but this time I went out the gate to take pictures and later went back in watching musical videos on DSTV Dish, Ithen realised that it's been so long Iwatched TV. Later I had dinner and called it a day.

Like I said earlier my day was a pretty laid back day, not much activities but great. Thanks to you all for your time in reading, looking to feeding you more in due time.

At this point I was really wishing that Nigeria is a country were someone's dreams and vision can be supported and brought to life without hitches.

Unfortunately, it's not so. Except there is a mentor that guides in all ways, plus financially. We are living in a country where every man is for himself.

The "All man for himself" mentality that we grew up with is what makes life easiest whenever we go out to the western world to school or work, it's most unfortunate though.

Yeah mum wrote a book to crown her retirement, thanks for reading through buddy @ckole.

You started your day well and ended it well just your book title tells you. I will like to know more about the contents of that your book because Ive started lots of things and would want to end all of them well. So kindly send me a copy by waybill or send it to me as a pdf file. Thanks for sharing.

Yeah the book would go along way for you, kindly message me on whatsapp to get more details on; +2347026787169. Thanks for reading through @meymeyshops.