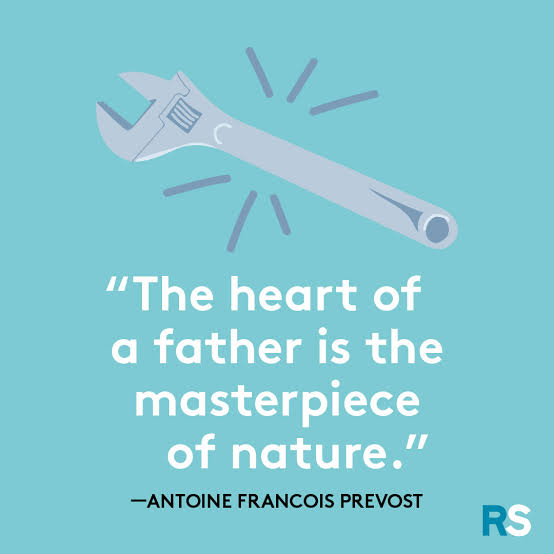 Here goes another heart warming contest about our Dad, I'm gladly going to share my entry with you Steemians. Fathers are the makers of a home and are known as our ultimate protector on earth. Dads are our super heroes.

Stayed tuned and read on till the end.

Who Is My Dad?

My Dad is a God fearing, patient and very social man. He is know as T.P Ekpenyong and hails from Akwa Ibom state. He got married 35yrs ago and have 4 kids. My dad is very simple and down to earth, he can do the work of other people without worrying anyone. He is know to always have something to talk about as he knows a little about everything, my friends enjoy chatting with him whenever they meet him. I have made a lot of mistakes in the past but he never judged me, instead he thinks of how to move ahead.

"Part of being a successful father is taking extreme care of our children. The other part of that equation is that we must also take extreme care of their mother." - Nate Dallas

What My Dad Does

He worked as a Pharmacist for years in Sterling Construction Company and served diligently until he retired. He is currently running his own pharmacy now. He is more blessed now as my mum has retired and joined him in the pharmacy store where they both attend to patients seeking light medical attention. He is currently trying to understand cryptocurrency especially our Nugerian Inksnation Pinkoin.

Special sacrifices My Dad Have Made

Dads are strong, a fighter and protector, a provider and confidant. He has made lots of sacrifices that I can't count but Iwoukd mention a few below;

1- In year 2000, we witnessed a major crisis in Kaduna state were I partly grew up. We were almost killed several times but God kept protecting us using other muslims around us. It started on february 21st and on the 3rd day february 23rd, my dad had to use his 6 sitter Peugeot 504 to carry 14 of us from the danger zone to a safer place. The sacrifice he did was leaving behind his valuables just to drive us to a safe place, he took both our family and another family and only God knows how 14 of us managed to fit into that car. While in the way we encountered near death situation but God helped him drive us away and escaped death.

2- Repaying My School Fees: Couple of years ago I had challenges academically that I had to start afresh again. I had to inform my parents about it after a while and despite their disappointment, I still got financial support from my dad so that Ican finish successfully. It was really touching because he had retired then and trying to rely on his business, what a forgiving dad.

3- The best sacrifice my dad has offered me is support for anything Iventure into. I sometimes go to him before starting any business, job, career and he has really been supportive all the way. He is always positive in what Ido and believe it would always work for. That has kept me going for long because of the positive vibes he exudes, he goes as far as supporting financially even when I dont ask. God bless my dad.

"I am not ashamed to say that no man I ever met was my father's equal, and I never loved any other man as much." - Hedy Lamarr

My dad is known to be strong and healthy but there are challenge that comes with old age you know. He had undergone several surgery that has to do with Prostate problems.

beside that, he usually breaks down once in a while with pains all over and gets better after some few medical attention.

Unique Qualities Of My Dad I Want To Copy

The unique qualities of my Dad are quite simple but afmirable. Below are a few of those qualities;

I grew up knowing my dad to be such a patient and quiet man, even when things dont work according to his plans or maybe someone messes with him. He never rushes to talk, make a decision or react but instead he would patiently reconsider every action before reacting. Patience is a virtue and I love that about him, Iactually took after him there and would love to be better at it like he is.

When it comes to my dad's social life, it knows no boundaries that may be caused by age, gender or educational level. My dad sees everybody as equal and the same way he plays with his peers os same way he plays with people younger than him. I remember that for the whole times I have introduced my friends to him, they keep asking after him and also commending his jovial and welcoming attitude towards them. His wife is the opposite but he manages to balance that. Most female friends Ihave then would keep asking after him that Ihad to warn them against getting attached you know. I love that social part of him with a passion.

My dad is the most peaceful man I have ever known, he has a way of balancing anger with peace. He rarely gets angry would always seek a way of making peace through dialogue. He always succeeds at that whenever he has misunderstood with my mum or anyone else, in him I have seen and known for a fact that Violence is never an option except when needed to survive. What a man of peace.

These are the major special qualities of my dad that I'd love to copy from him, thos characters speaks louder than words to me and Ilong to copy them.

"My father, he was like the rock, the guy you went to with every problem." - Gwyneth Paltrow

MAY ALL THE FATHERS IN THE WORLD STAY ALIVE, HEALTHY AND GROW OLD TO REAP THE FRUITS OF THEIR LABOUR. MAY THE THE EXPECTANT FATHERS HAVE THIER INFANT BORN IN GOOD HEALTH AND MAY THE DEAD FATHERS CONTINUE TO REST IN PEACE AS THEY LIVE ON IN OUR HEARTS.

Words can't say much about my dad and I wish I could keep saying more but time won't permit me. My dad is my Super Hero and I am so elated to have shared this with you.

So much thanks to @steemalive for the heart warming and emotional contest and special thanks to @steemitblog, @steemcurator01, and @shortsegments and for their continuous support.

Your post @iamlynxie is heart warming when you said "Couple of years ago I had challenges academically that I had to start afresh again. I had to inform my parents about it after a while and despite their disappointment, I still got financial support from my dad so that Ican finish successfully. It was really touching because he had retired then and trying to rely on his business, what a forgiving dad."Some dad would have abandon you. Good writing too, keep it up.

Yeah he is God sent and am glad God gave him to me. Thanks for the great comment @cryptocheta.

Damn your dad is a really strong man.

Yes he is really strong, thank you @okoyejoshua.

This is a very comprehensive entry. Your dad is a rear gem. I can also remember the year 2000 crisis in Kaduna where many people were killed. I had an uncle there that time.

Only a caring And a brave man would go that length to rescue others with his family.

Also, as you mentioned, many health issues comes with old age. I wish him a better health. You are your daddy's carbon copy.

Yes bro so true, his bravery is beyong words can tell. I pray his health is restored back and better, thanks for reading through my entry @ckole.