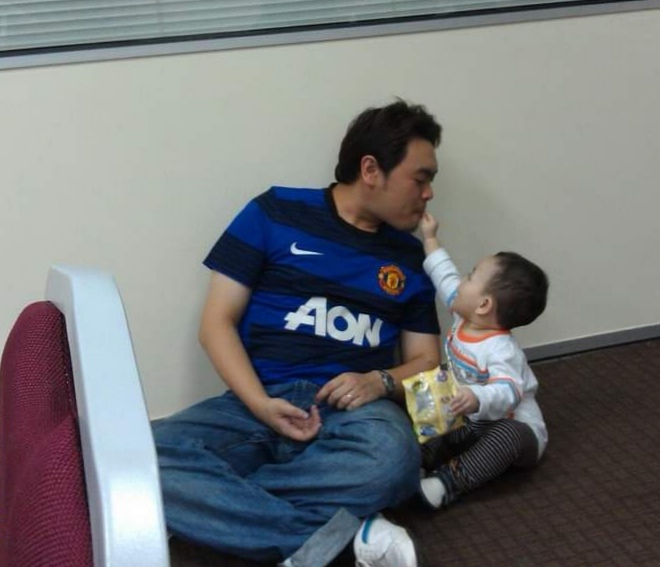 Time indeed flies. Without realising, 10 years had passed since we became parent. Our first born is now 10 years old and he will soon be as tall as me. I am not a tall woman though, just an average normal ASEAN Chinese size, 160cm height. And he is now 145cm height. He is so proud of him getting taller each month.

Where did the time go?

We didn't notice how small it was until yesterday our grandparents showed us his baby photo. He was such an adorable round baby. One that when you see, you want to pinch his cheek and thigh haha.

Then, suddenly he became thin at 4-5 years old because he didn't eat well. He was picky too and had some unresolved gagging issue which caused him to be picky on the food he was able to eat.

The pandemic since beginning of 2020 had set him into a great growth spurt. When he stayed at home feeling bored, he often went to the fridge to find food to eat. Healthy food and junk food, both. Eat and eat and eat. And I found myself in the misery of needing to update his wardrobe every three months as he outgrew his Tshirts and pants so fast. And then till now, he had grown alot. Like super alot. We called it a growth spurt.

For fun, we took a similar photo from the one above sent by his grandparents. I asked my husband and him to make same pose. To capture a photo of 10 years before and 10 years later. Haha.

Let's have a look!

One thing I noticed, my husband never aged. I felt so unfair haha. Because he didn't need to use toner and moisturiser and all those stuff, yet he maintained his youth. For me, I felt I aged after gave birth and parenting. Husband said it was a sacrifice for the woman and he thanked me.

I look forward to the days my children are married and I can go travelling with my Husband. So must stay fit and healthy so that in the future I can travel. Yay!

Thank you for reading. ❤️