Top Songs From My Adolescence (Part 1) 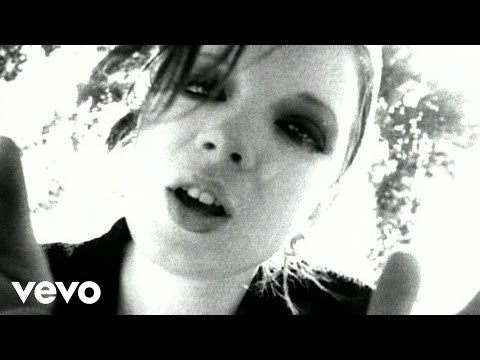 As it should come as no surprise, I'm a pretty big fan of The Needle Drop on Youtube. Recently, he posted a video that had me reminiscing on some of the worst songs from my teenage years. Look, I know all music is subjective and such, but I look back on some of that music with pure cringe. Somehow though, the feeling of nostalgia has rolled with me throughout the day.

Now conceptually I've always shot for one thing in how I write which is to highlight music that I actually enjoy. It's just so clickbaity to go on long rants about what I hate. Effective though, there are many people on the internet who know just how to mine negativity for profit. I just have never felt the need to focus on that. It feels like I'd be doing injustice to all the good music out there to talk about what I don't like.

With that said, in no particular order I'm doing a bit of a long post tonight by writing about 5 songs from my adolescence that were hugely important to me that I don't look back on with cringe.

I'd wager to say that Garbage was my first band obsession. Maybe it had to do just a little bit with my middle school crush on Shirley Manson, but really they were just a solid band with a run of albums I still enjoy going back to. Queer was a huge highlight. A simple trip-hop styled arrangement that showed some restraint. It still sounds great today.

Moving up in time a little bit, this track dropped right around the time I was getting my first set of turntables and it still sounds futuristic. I could have probably put Come to Daddy or Windowlicker on here to meet my Aphex Twin quota, but it would have felt just a little cliche and a little different than reality. Besides, this was the one that I would be bumping in my 92 Civic while rolling into school. 18 years later and there isn't much that sounds like this. Crazy acid bass and the futuristic production that still blows me away.

There was a time and place where I wasn't exactly into rap music. Gangster rap didn't exactly connect with me as a kid from a country town with one stoplight and the music that was reaching me just didn't appeal to me (I'm looking at you DMX). This however opened me up to a whole different side of the genre. Conscious and moody with a wonderful video that got the song heavy MTV play, the highlight of the song really comes down to the DnB styled breakdown that breaks free at the end. By the time it comes around, it feels almost as if some type of pent up emotion has finally leaked out of the song. It's The Roots at their finest and seeing them perform this live in 2003 in front of a huge crowd is among some of my most cherished music memories.

Another 90s obsession of mine was Jamiroquai. There was just always something about them that captivated me. Jay Kay's stage presence and smooth delivery just sucked me in. I listened to them pretty much constantly for a few years. My father exposed me to a large amount of rock and soul music growing up and they were something that we could listen to together. You could imagine my horror the first time watching Napoleon Dynamite when Canned Heat started up and I realized at that moment maybe their funk inspired dance tracks weren't as cool as I thought they were. Still, the adult me knows better. This stuff is awesome.

There will never be another song that tapped into my teenage angst in quite the way that this one did. Most people are pretty familiar with Song #2 or maybe more into their Brit-pop days, but this was always the song that stood out to me. Melancholy for days, it's kind of an abnormality in Blur's discography (though to be fair, this side of Albarn would be out in full force by the time Gorrillaz' Demon Days would come around, which for my money still stands up as the best pseudo political record of my generation). Much like The Root's You Got Me, when that instrumental break emerges near the end of the song it feels less like a break and more like an emotion struggling to break free. I still routinely listen to this one and it gets me in my feels just as much now as it did at 14 sitting on the bus with my discman.

Well, there you have it. 5 of many tracks from my Adolescence that still resonate heavily with me. We'll see if there is any interest in more content like this because I could write about some of these songs for days. I'll be back tomorrow with my normal Song of the Day entry.

How crazy I've never heard them, I heard the last one and I like it a lot! Ahahaha you have good musical tastes :D

Very nice post, I would love more of these types of lists/analyses. Can't say I actually know any of these songs though!

Thanks for the feedback! I’ve sort of drifted away from doing longer form content on here. In fact, reading your recent lists is what gave me the idea to do something like this. Hopefully you heard something you like. Most of these are bound in a type of nostalgia for me that is hard to replicate though.

I would love to see more long form content for sure! I didn't actually listen to any of these songs, maybe I should do that...

ehy dear @iamevilradio, great choices and great memories. my favorites on the list, without hesitation, are the roots !!. congratulations on your work and on the curie vote :-))

Out of the groups on this list, The Roots and Aphex Twin (under his AFX moniker) are handily the groups that have have stayed with me the longest. You Got Me is one of those top ten songs of all time kind of tracks.

The review you make of each song is very good.
I see that you have had different tastes and I think this diversity is very good.
This is the time of my oldest son and I find a certain similarity in terms of musical tastes that he still has today.
Congratulations on a Curie vote.

It’s kind of interesting thinking back on the songs that I gravitated towards before my own tastes came in fully and seeing the mark that my parents made on me. Thanks for commenting!

Hello @iamevilradio, thank you for sharing this creative work! We just stopped by to say that you've been upvoted by the @creativecrypto magazine. The Creative Crypto is all about art on the blockchain and learning from creatives like you. Looking forward to crossing paths again soon. Steem on!