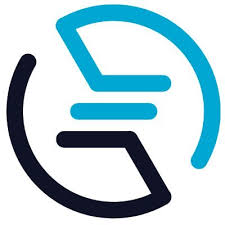 Everything is rapidly changing, ranging from the global industries as well as the method of carrying out activities.
This change is due to the revolution which has been brought by Blockchain technology. The Blockchain technology is a revolutionary tool that has introduced a great level of efficiency in every system which adopts it.

As the world has gone digital, it is normally wanting to move with the trend so as not to miss out on the benefits accrued to the Blockchain. But, in spite of all these benefits, the present Blockchain is lacking in the features which would have made it unbeatable.

SOME PROBLEMS OF THE BLOCKCHAIN

Its unscalable nature has made it impossible for the projects which have adopted it, to be improved.
In the quest to improve or further develop these Blockchain projects, they often lead to catastrophic outcomes such as security vulnerability.

Another great feature that the Blockchain lacks is PRIVACY. Privacy is a very important aspect of humans life, but unfortunately, the Blockchain systems end up invading into the users privacy, in their efforts to provide lucidity of their operations.
This is not a good thing, as it leaves the users open and vulnerable to attacks.

has also become a thing of the past with the Blockchain and its technology, as these Blockchain systems are unable to guarantee the user`s privacy. These flaws have limited Blockchain technology as it is not able to reach its full potential of benefits, and in turn, not enjoying full adoption.

We cant have the next generation technology being flawed in any way, so a great platform has been developed.

Enecuum platform is a fully decentralized Blockchain-based platform, designed with great features to eliminate the flaws of the existing Blockchain systems. Enecuum aims at achieving the impossibilities that have eluded other Blockchain systems, thereby making the Blockchain, an efficient tool again.

So, it leverages the recent technologies with their great designs, to create a completely scalable, lucid, secured and beneficial Blockchain. To make all these possible, Enecuum makes use of a hybrid consensus algorithm, which combines the Proof-of-Stake (PoS), Proof-of-Work (PoW) and the recent Proof-of-Activity (PoA) algorithms.

This will help fortify the system against any form of attack, by making it fully decentralized. In total contrast of other Blockchains smart contracts that are seen as vulnerable to attacks, Enecuum a reinforced smart contract called the SHARNELL smart contracts.

THE USE CASES OF ENECUUM PLATFORM

Enecuum platform intends to serve as a high and speedy computation platform, that processes complex transactions, without stress. This way, the users do not have to wait for an unnecessarily long time for their transactions to be processed, and tedious tasks and computations will be executed easily.

It also aims at being a token development platform, where the users can develop tokens that will facilitate transactions on different DApps systems. The token issuers do not only generate tokens but also enjoys the different features of the Enecuum platform, in the process.

The Enecuum platform also plans on being a system that allows for the storage of data and a standpoint for the development of other decentralized projects. Enecuum provides a zero transactions fee platform, where the users can transact at no charge. It isn't stopping there, as it intends on providing other applications that eliminate the need for any transaction charges, by applying the Proof-of-Activity mechanism.

Enecuum is delivering a fully functional Blockchain system into the hands of every user.

Enecuum platform is out to restore the benefits of the Blockchain to the world. With its distinguishing features and developing technologies, Enecuum completely removes the flaws of the existing Blockchain systems. And upon full adoption and it will revolutionize every system that adopts it, as well as the Blockchain industry, and the world at large.

Now every system can improve its services, with the aid of the Blockchain technology, all thanks to Enecuum.
Join This Mobile Blockchain Revolution. Go To Eneccum Website for More Information!

well written friend
I'll love to check it out