Roger Federer knocks down Rafael Nadal and heads on to book a final with Novak Djokovic. 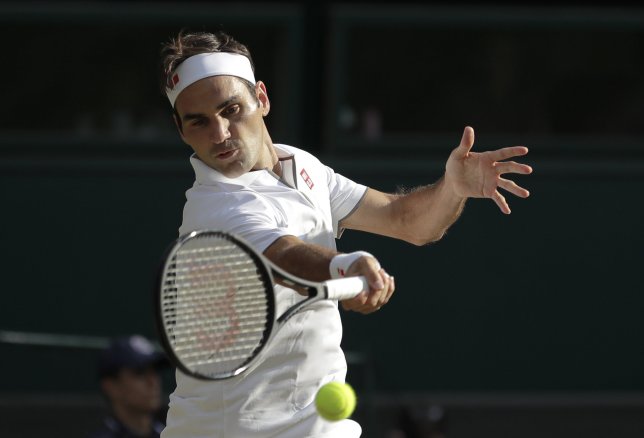 In their first meeting in 11 years at the All England Club, Roger Federer handed Rafael Nadal a 7-6 (7-3) 1-6 6-3 6-4, win thereby halting the Spaniard 17-match winning streak.
Federer is a 20-time Grand Slam champion and is presently chasing a fifth title in his sixth final in this tournament, that will see him equaling Bjorn Borg’s number of Wimbledon crowns should he win over the world's number 1, Novak Djokovic.

Before the match, many were actually looking to see Nadal winning the match because for Federer, at 37-years-old, everything just looks like he cannot do more than he can. With Nadal out of the way, the court is not set for Federer and Djokovic.

You won't be disappointed at the number of amazing individuals who watch tennis and this match was no exception.
The spectators included such big names like David Beckham, Sir Alex Ferguson, Jude Law, Leona Lewis, Hugh Grant, etc in the crowd.

For 3 hours, these two players who are number 2 and 3 in world ranking slugged it out with some amazing energy and tactics being put into the fore.

In the final match, Federer will be going against world's number 1 and defending champion, Novak Djokovic who is sure to come out fighting to defend his crown.
The game will be really entertaining and fun as always to watch.

Age doesn't seem to have anything on Roger Federer has he always comes out swinging into a win. Should he win this tournament, it will be his 10th title win. But, there is also a need for Djokovic to hold on to his crown and that means it will be a fiercely contested Wimbledon 2019 final.
Looking at the table, the first 3 biggest players in the world are having a go for the number title at the 2019 Wimbledon tournament and that is so much to say about these 3 who have continually dominated the top of the ranking.

Who do you think will win between Roger Federer and Novak Djokovic?