We need to move on 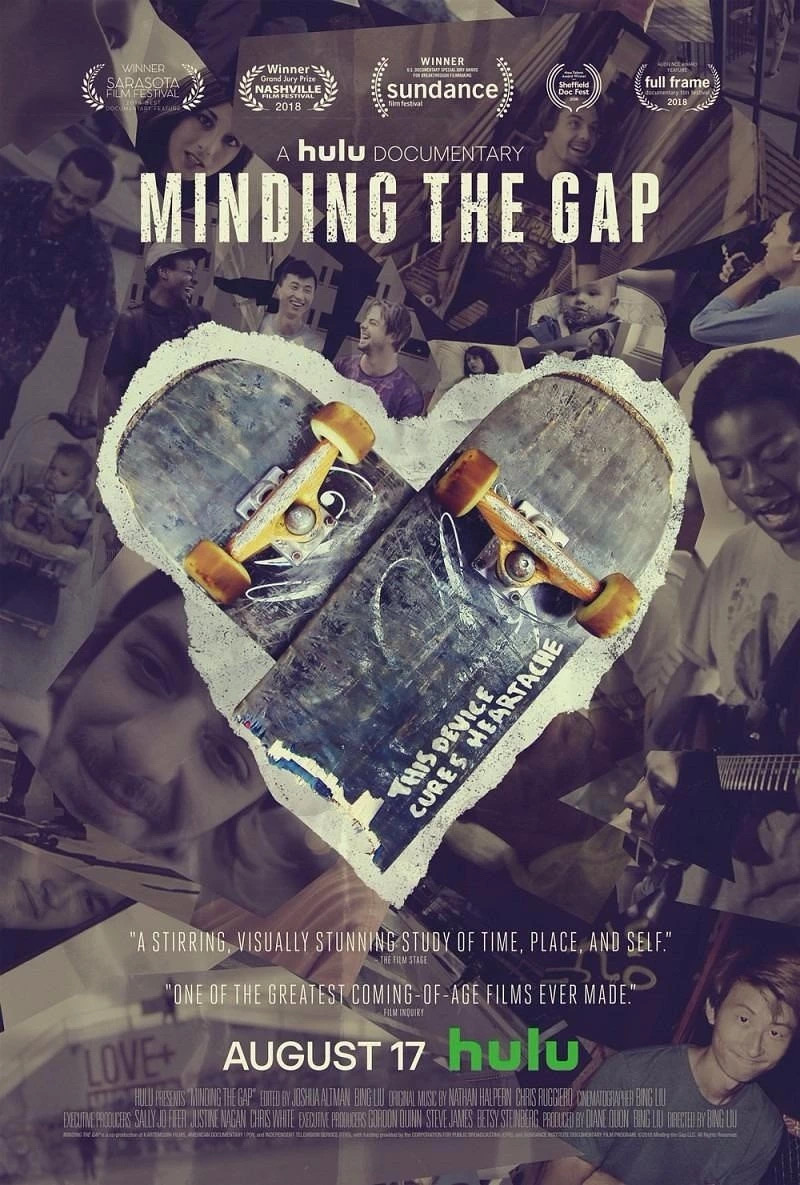 Minding the Gap: A revealing look at the past,

an astonishing portrait of the present

You know, you don’t grow up thinking that’s the way you are. When you are a kid, you just do, you just act. And then somewhere along the way, everyone loses that.

Bing Liu, the Sundance-award winning Chinese-American filmmaker and skateboarder, won world recognition during last Sunday’s Academy Award’s ceremony. Nominated for an Oscar in the best documentary category, his first film, “Minding the Gap,” creates an astonishing portrait of American life by focusing on his life and that of two childhood friends from Rockford, Illinois. They are Zack, a white 30-year-old male, and Keire, a 24-year-old African-American. The documentary is not only a coming-of-age skateboarding story, but also a thought-provoking, sensitive and intimate tale that tackles serious social issues.

Using 18 years of footage as source material, the documentary blurs the boundary between the past and the present. Liu, 30, uses his talent as a cinematographer to take full advantage of the skateboarding, presenting the brilliance and excitement of this street sport through handheld long-take scenes. With profound personal interactions, he truly captures the intoxicating spirit and freedom of skateboarding.

However, this documentary is far more than a simple celebration of skateboarding as a subculture. Using skateboarding as the medium, Liu successfully glues together the trivial and profound fragments of the protagonists’ lives. Delving into the most painful and intimate memories of his friends and himself, Liu breaks the “fourth wall” of film through deep self-reflections. As the director, Liu not only captures the trajectory of the characters’ growth, he also is a witness and participant. From this special angle, the audience is transformed from “bystander” to “witness” as well.

The story begins with a fantastic long-take scene: three teenage skateboarders fly with the wind while melodious music plays as though nothing can stop them. However, instead of being an adventurous or “American-dream-come-true” story, the film depicts how the three childhood friends escape their miserable lives and find a sense of belonging in the world of skateboarding.

All three protagonists have miserable memories. Keire has been struggling with his feelings towards his violent father, who hit him brutally but also taught him to be brave and confident in his African-American identity. His father’s death is a profound loss. Liu himself immigrated to the United States with his mother at age 6, and suffered from deep loneliness. His alcoholic American stepfather’s violence towards him and his mother remains long-time nightmare. Lacking maternal love, Zack had been living alone since 16, and skateboarding gave him the courage to go on. However, after becoming a father and breaking up with his girlfriend, “escaping” again became Zack’s only path towards self-redemption.

The documentary’s function is not only to record, but also to represent. Stuart Hall, the father of cultural studies, has proposed that the creation of identities is always in process. Constructing self-identity is to keep a balance during the constant motions. “Balancing” is also the most important skill in skateboarding. “Past” and “future” are like two sides of a skateboard. Only by keeping a balance between the past and the future can we embrace the present.
Lost in pain and flying with the wind, the protagonists are like “passengers” of the city. Rockford’s day and night, dark corners and dots of starlight, are shown through their views.
Grand social issues are presented through private video recordings, with background news voices warning the audience about the serious unemployment, pollution and violence in Rockford. “For you, skateboarding is far more than a way to make friends and be cool. It is a method to escape from your life,” the hometown skateboard storekeeper says to Liu.

For them, “escaping” seems to be the only choice. Stepping on skateboards, they can fly freely, like being relieved from the depressive real lives to the illusory universe. Keire proposes that skateboarding is his life, and the documentary is like a healing of his soul.I did an interview with Mr. Liu a few days ago. Liu proposes that the “gap” in title refers to the gaps between males and females, teenagers and adults, the majority and the minority, as well as between different cultures and races. He points out that the purpose to make the film is to help people embrace their misery, and then move on with hope, passing on love to the next generation. When asked whether he had been relieved from his childhood nightmare, Liu said no. Maybe to move on with misery is the bravest way to embrace the future.

On the documentary’s poster, there is a heart made up of Keire’s broken skateboard. A sentence is written on it, saying, “This device cures heartache.” At the end, Liu’s camera focuses on Zack’s son Elliot, who is trying to skateboard like his father. It then focuses on the smiling Keire, who is going to Denver to pursue his dreams. It then focuses on himself, who is accompanying his mother as she enters into a new marriage. The painful memories seem unimportant.
How to reconciliate with life after suffering from miseries? Maybe for Liu, to endow his first film with healing power is the best answer. The gentle and astonishing cinematography tells us “We need to move on, instead of living in the miserable past.”