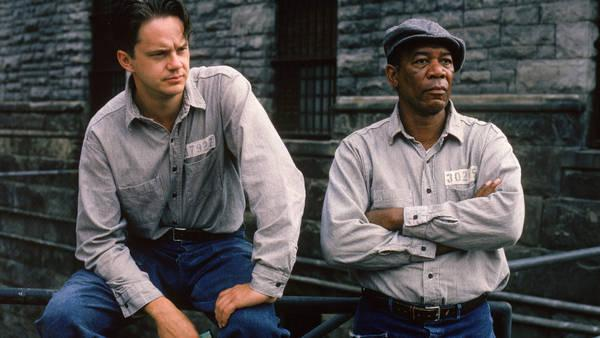 The Shawshank Redemption, which was released in 1994, won seven nominations at the 1995 Academy Awards, including best film, best actor, best adapted script, best photography, best editing and so on. However, it failed to win any awards. In the whole Oscar, it was taken away by another film Forrest Gump.Surprisingly, although the film didn't get a lot of good reviews when it was shown in the cinema, andthe box office was not high, but its huge success in the home theater market and the rental market has become a famous case.

The film deconstructs and criticizes the grand narrative discourse of truth, loftiness, salvation and freedom in the opposite structure by means of multi-level satirical method, while the result of warmth dispels the depth of art criticism. The consumption mode of Hollywood mass culture finally constitutes the dual deconstruction of art to modern society and art itself.

The Shawshank Redemption mainly depicts Andy Dufresne, a banker who has no intention of breaking up his wife's affair with a golf coach. After being drunk, he wants to shoot and kill them in revenge for his wife's affair. Later, he turns back on his mind. Unexpectedly, his wife and lover are killed that night.

Andy is falsely accused of killing them and goes to shark Castle prison.Later, he made friends with Rhett in prison, and got a pickaxe through Rhett. During his 19 years in prison, Andy insisted on writing to the State Council once a week for six years. Later, he finally got the money to open a prison library in prison. He helped some prisoners obtain high school diploma, and used his knowledge to help prison guards handle financial affairs,After the warden found outhis financial expertise, he asked him to help him clean his money and make false accounts. After Tommy told him the real murderer, Andy begged the warden to review his case. After Tommy was killed and killed, he used the tunnel dug in 19 years to escape from the prison, reported to the warden and got a new life.And meet Rhett on a beautiful beach in Mexico.

In my opinion, the theme of this film is hope, freedom and redemption. It tells a story of faith saving hope. It encourages people to strive for self dignity -as long as they have faith, there is hope for human beings. Starting from the origin and connotation of "Redemption", this paper analyzes the self salvation of the protagonist gong'an Di and his salvation of Shawshank prison,The destruction of redemption by fear.In my opinion, freedom in Shawshank's redemption is a common and rare existence.Some of the little things we usually ignore are very precious after you go to prison.For example, when Rhett repairs the roof in the film, he says: "we drink thebeer Dufresne has won for us. Dufresne sits alone in the shade and laughs strangely. You can say that he wants to please the warden and win the prison friendship.But I think he just wants to relive his freedom. The sun shines on his shoulders, and suddenly he feels as if he is repairing his roof, as if we are all free men. "Another scene is that when Dufresne played an Italian music illegally, Rhett said: "frankly, I don't know what the two Italian girls are singing. I don't want to know. Some words are better hidden, but they hurt your heart."Hope is always there. Andy always has hope and redeems others with his knowledge.The whole film is unfolded from the perspective of Rhett. He is the source of emotion of the whole movie. All the surprise, admiration, cherishing, cherishing, friendshipBecause of his existence, as an audience, you will think that the hero did not kill his wife, because Rhett's application for parole was rejected many times, and you think the hero must escape from prison.He was Andy's best friend in prison and eventually became the target of Andy's redemption.So this character is indispensable. Without him, there will be no follow-up plot.

Rhett himself is also a wise and honest image. Although he is content with the status quo, he has been institutionalized for many years in prison.

But finally defeated his heart, went to Andy.In the use of color, the film in most of the time is in a dark, monotonous atmosphere, the characters are more active in the shadow.Therefore, with the development ofthe plot, when the color of the film suddenly turns bright and bright, the mood of the audience will naturally become bright and bright for the protagonist to obtain his own life.The film uses monologue technique, monologue as the keynote, and then according to the monologue interspersed with the corresponding picture, narrates the plot, through the monologue to let the audience understand the social reality at that time, throughout the film.

This film has no cool special effects, no beautiful heroine, but it gives the audience a deep throb of soul. This film reflects the tenacity of human nature, the salvation of the soul and body of the protagonist, which is probably the reason why it has remained attractive for more than ten years.