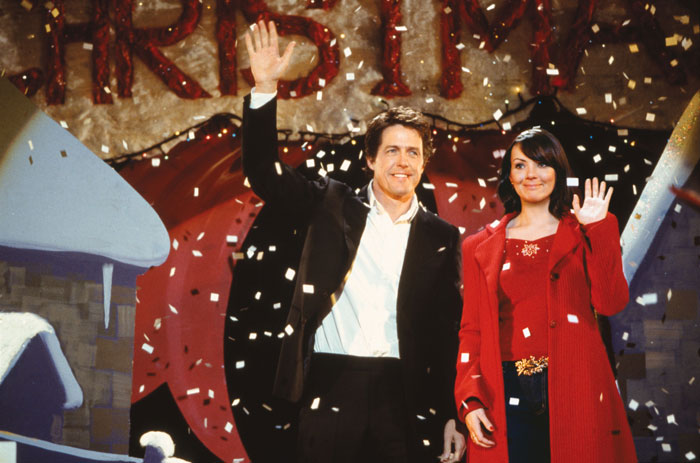 After watching many movies for a few days, you forget what classic plots will be in them. Many plots of this "Love Actually" leave a deep impression on people, and the wonderful emotional symbols it expresses will leave some marks in my heart.

Richard Curtis, the film's director and screenwriter, has written the scripts of the four most popular British TV dramas-Four Weddings and A Funeral, Notting Hill, Mr. Bean series and Bridget Jones's Diary. The film has also been highly praised as "the greatest and most sincere interpretation of love after Shakespeare". "Four Weddings and a Funeral" is also a classic film, but it is not as touching as "Love Actually". The film tells many love stories, which are related to each other. The main line of the story is that Hugh Grant plays a new British prime minister.

On the first day of entering No.10 Downing Street, he found himself in love with a single mother Natalie ... Other stories include: a mediocre food delivery staff lost confidence in British girls and went to the United States to soak MM. A writer went to the south of France to seek a cure for his injured heart, but fell in love with a foreign woman. For her, the writer learned a foreign language confession. An out-of-date rock star returns to the stage to find his former glory, and finally finds that the manager who supports himself has the most precious friendship.

The best man falls in love with a friend's bride and makes a choice between love and friendship. A pair of fathers and sons facing the same emotional problems-the son falls in love with the most beautiful girl in school, which is a primary school. The scene where the little boy rushes to confess to the girl at the airport is really more manly than the man in "300" ... The best man fell in love with the bride. It was very touching. Although the two met each other, they brushed aside their fate.

What really touched people was that the best man used the way of writing board to let the love in his heart fade silently and last forever. There are many crossroads in life, and no one can walk right every step. What you miss will be forever, but love and friends are forever. The best man finally took the tablet, but he was enough.

Almost everyone who saw the film said they were moved. Indeed, it is moving people's understanding. Of course, "passing fate, but making love last forever" is just a personal interpretation of one of the stories in this film. When the reporter interviewed Richard Curtis, the director personally told the understanding of love: "Love can have a broader explanation, ridicule, attack, injury, heartbreak, schadenfreude, pressure, responsibility, conquest ... These can be the content of love.