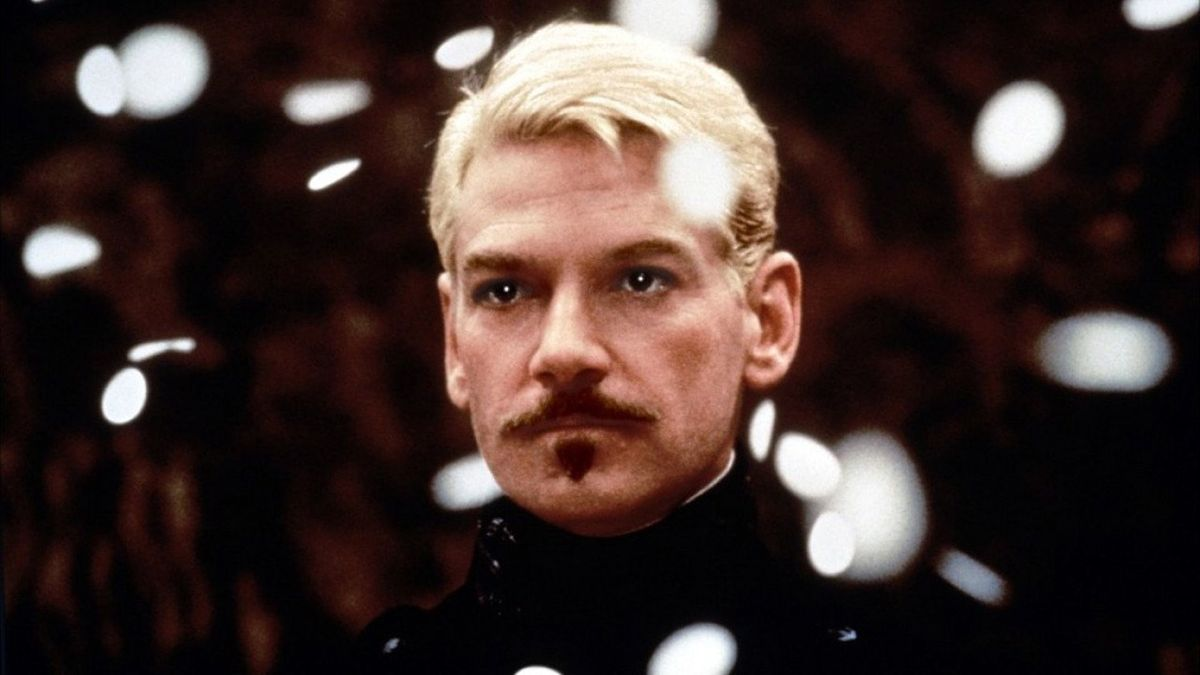 British classical literature and drama is the treasure of its traditional culture, and Shakespeare's drama is the quintessence of Britain. It has always been a wish of British film artists to bring this "national quintessence" to the screen without hurting its essence. This national wish of the British was finally realized in the hands of Lawrence Oliver.

Oliver is the most famous drama and film actor in Britain. He used to be the head of the Old Vic Troupe and the president of the British National Theatre. Because of his artistic achievements, he became a lifelong aristocrat and the first member of the House of Lords in British drama. In Britain, this is the highest honor in the history of theater. Oliver is famous for playing Shakespeare in Old Vic Troupe, and has a deep understanding of Shakespeare.

At the same time, he has starred in many films in Britain and America, and has rich practical experience in film art. In 1944, when he took over the leadership of the old Vic Theatre Company, he began to try to transplant Shakespeare's plays to the screen. First of all, he acted as producer, director and protagonist, and brought Shakespeare's Henry V to the big screen, which caused a worldwide sensation (American Academy of Film and Art awarded him a special Oscar for this film). The success of this first step made Oliver ambitiously decide to further adapt Hamlet into the film The Prince's Revenge.

However, despite the experience of Henry V, it is still extremely difficult to shoot The Prince's Revenge. There are at least two risks to adapt Shakespeare's plays into films: the academic demanding of Shakespeare's plays' authority and the box office test brought by the general audience's difficulty in understanding.

Aesthetically speaking, the film in the late 1940s has developed quite mature, and the difference between it and drama art is very clear. Shakespeare's plays are recognized as the peak of drama art. Although Oliver successfully adapted Henry V, Hamlet is the most important tragedy of Shakespeare. It is necessary to embody the essence of Shakespeare's plays with mature film expressions. This challenge can only be met by Oliver, an amphibious master of film and drama.

According to the law of film art, the adaptors defined the goal of "speeding up the rhythm, shortening the length and being easy to understand", and made great changes to the original drama. They cut down a lot of drama dialogues which are not suitable for film performance, and removed Rosen Glanz and Gierden Stern, and then simplified some plots.

These transformations should be said to be bold and successful. Although they were attacked by many critics after the performance, they are undoubtedly necessary from the perspective of film shooting. Because the dialogue of the original play was produced on the English stage in the 17th century, it has been more than 300 years since then, and it is not only unsuitable for movies in length, but also does not conform to the habit of audience acceptance.

But at the same time, Oliver keeps the poetic style of Shakespeare's plays in the dialogue, which shows that the adaptation still strives to be faithful to the original works. The final script is a dramatic film version rather than a cinematic literary version, which is different from the complete cinematic transformation of Shakespeare's plays by former Soviet director Grigori Mikhailovich Kozintsev and Japanese director Akira Kurosawa.

In the modeling of the film, Oliver also basically adopted the dramatic style. He kept the unnecessary scenery simple, and in order to avoid incongruity with the gloomy atmosphere of the plot, he did not use color to decorate the film, and the keynote of the film was always "gray" or "dead black". Because in Oliver's eyes, Hamlet is a sculpture, not an oil painting. In form, the shape of the film is closer to the stage than to the reality of life.

Although these are not in line with the nature of the film, they are conducive to faithful style of the original work. The pursuit of Oliver and Roger Firth should be affirmed from the view that the film won the Oscar for Art and Design.

For the aesthetic pursuit of drama and film, Oliver emphasized the use of the technique of deep focus photography in the film. This technique can make the foreground and background as clear as possible, and has the greatest charm of black and white films. This technique greatly reduces the "chasing" and cutting-for example, it is not necessary to switch the picture from the face of this character to the face of that character in dialogue, so that a longer shot can be taken, and the poetic interruption between lines can be avoided to achieve unusual dramatic effects. Although this is a drama film, it is different from the early drama film in terms of camera movement. Oliver gave full play to the flexibility of the movie viewpoint.

For example, in the scene where Hamlet met the ghost at night, the camera adopted the method of following and moving, which made the depth and horror of the castle and the mystery and eagerness of Hamlet's meeting with his father extremely wonderful. These are artistic effects that cannot be experienced when watching stage plays because of the fixed viewpoint.

Oliver is a great Shakespeare actor. His mellow, beautiful voice and expressive face make Hamlet a profound and sincere character. Although Oliver was 40 years old at that time, his performance in the film was still as vigorous and energetic as a young prince. The duel scene in the film is generally regarded as the best fencing footage in the history of film. Georges sadoul thinks Oliver's acting makes this work "have a great boldness of vision". Other actors who performed on the same stage also performed their roles brilliantly. Irene Holly, who plays Queen Gertrude, is 13 years younger than Oliver. She plays the queen like a mother, and looks young and charming enough to impress Claudius to kill her brother.

I chose 18-year-old Joan Simmons in the corner of Ophelia. Before that, she played Estella in Lonely Star Tears, which was appreciated by Oliver. After many twists and turns, she was finally invited to play. Joan Simmons is a complete novice in Shakespeare's plays. She has never even seen Shakespeare's plays. All her practical experience is making movies. Originally, she had no confidence in the role, but Oliver believed in his choice. As a result, Simmons has the least taste of "stage" and is the closest to "cinematic" performance among the whole class of actors.

"revenge of the prince" was a great success after it was released. in the words of a critic, "Lawrence Oliver made contributions to Shakespeare-and to those who cherish or are willing to learn to cherish Shakespeare." If anyone can do this, he is certainly an accomplished man in his own time. Strictly speaking, Oliver's two films ("Henry V" and "The Prince's Revenge"-the writer's note) are not creative film art works: the basic art of contemporary films is mainly visual factors, while the artistic features of his films with visual charm are mainly language art. Oliver's films establish an equilateral triangle among film, drama and literature, that is, an interactive relationship among them. This is the brilliance of a carefully cultivated vitality, and this is art. " —— james agee (Time magazine)

After that, Oliver supervised, directed and starred in Richard III (1956), another film adapted from Shakespeare's plays, which was also a great success. These three Shakespeare films not only mark the brilliant achievements of Oliver's film career, but also are recognized as the masterpieces of English drama films.