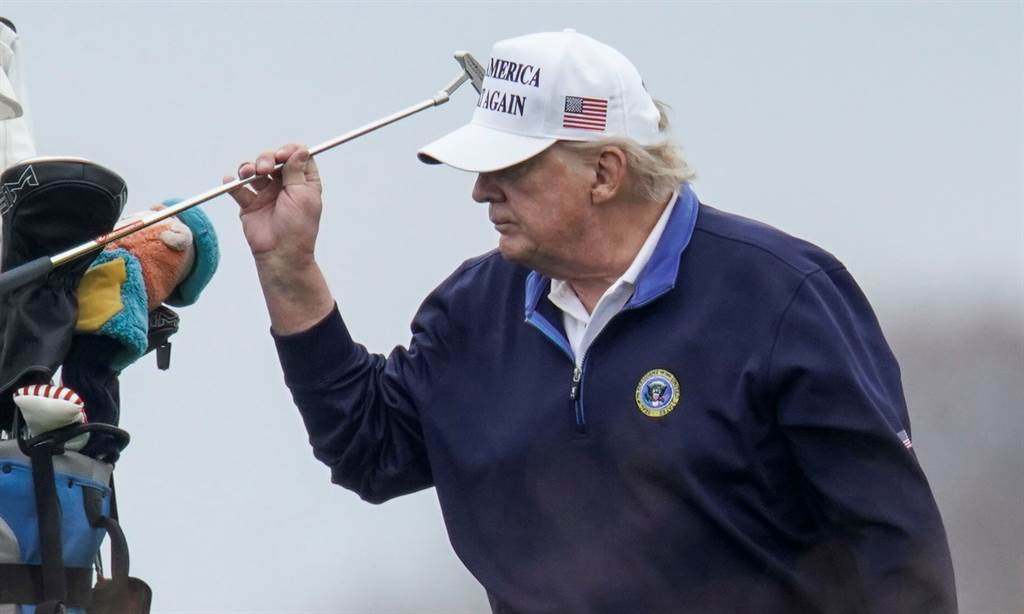 (CNN)President-elect Joe Biden said Thursday that President Donald Trump "will go down in history as being one of the most irresponsible presidents," as Trump takes extraordinary action to try to subvert the 2020 election's outcome.

In a news conference after meeting with Republican and Democratic governors -- part of Biden's effort to work around the Trump administration's refusal to allow his transition team access to federal agencies, including those coordinating the coronavirus response -- Biden lambasted Trump's actions, saying that Americans are "witnessing incredible irresponsibility." The result, he said, is an "incredibly damaging message is being sent to the rest of the world about how democracy functions."
"It's hard to fathom how this man thinks. It's hard to fathom," Biden said. "It's just outrageous, what he's doing."
His comments came after Trump invited Republican state lawmakers from Michigan to the White House on Friday, according to a person familiar with the matter, and he and his legal team mount a multi-state effort to overturn the election's results in courts or through key states' Republican legislatures. Trump lawyer Rudy Giuliani and other members of the President's legal team held a wild news conference Thursday, making a series of unfounded claims about voter fraud without offering evidence.
Biden said he is moving forward with building his administration, and has chosen a nominee for Treasury secretary that he intends to announce just before or after Thanksgiving.
"You'll find it is somebody that will be accepted by all elements of the Democratic Party, from the progressive and the moderate coalitions," Biden told reporters in Delaware.

Biden's pick for Treasury could be the first Cabinet secretary nominee the President-elect announces. His transition team has so far focused on building out his senior White House staff, led by chief of staff Ron Klain. Klain told CNN's Wolf Blitzer on Thursday that Biden's team will announce more White House staff picks Friday, and is continuing to interview Cabinet prospects and make decisions.
Biden's comments came after a virtual meeting with Republican and Democratic governors, where he discussed a national mask mandate, plans to distribute a coronavirus vaccine and the need to help cash-strapped states.
The meeting showed how Biden is working around Trump, dealing directly with states as Trump's outgoing administration continues to refuse Biden's transition team access to federal agencies and their plans, including one to eventually distribute a vaccine.
Discussing his meeting Thursday, Biden told reporters that governors had expressed concern with how long it took to make coronavirus tests widely available and hope to avoid similar delays once a vaccine is ready for distribution.
"This is not a one-off meeting," Biden said. "We agreed that we'll continue to meet with the governors on a regular basis; continue to seek their input."
Biden, Vice President-elect Kamala Harris and a group of medical experts Biden has assembled as a coronavirus advisory board held a virtual meeting Thursday with 10 members of the National Governors Association's executive committee.
The list of participants included Republicans Charlie Baker of Massachusetts, Gary Herbert of Utah, Larry Hogan of Maryland, Asa Hutchinson of Arkansas and Kay Ivey of Alabama; the Democrats were Andrew Cuomo of New York, Michelle Lujan Grisham of New Mexico, Jared Polis of Colorado, Gretchen Whitmer of Michigan and John Carney of Delaware.
The meeting showed that some Republican governors are acknowledging the reality that Biden won the election and will be sworn in on January 20, as the pandemic continues to rage.
Hogan, Maryland's governor, tweeted photos from the conversation and thanked Biden, Harris and other governors "for taking time today to discuss the ongoing fight against COVID-19."
That's a break from Trump's administration, which has so far refused to begin the transition process. Health and Human Services Secretary Alex Azar said in a briefing this week that until the Trump-appointed administrator of the General Services Administration takes the legal step necessary to kick off the transition process, the department will not work with Biden's team -- which has sought information on plans to distribute a coronavirus vaccine, which Trump's administration has dubbed "Operation Warp Speed."
Biden acknowledged Thursday that the delay has hamstrung his transition team, saying that without the GSA administrator's sign-off, "we don't have access to all the information that we need to get from all the various agencies."
Among the governors, though, Biden told reporters there was broad consensus about some matters, including the need for a national mask mandate. Wearing a mask, Biden said, is "not a political statement; it's a patriotic duty."
He also called for Congress to pass legislation that would send money to states, local governments and tribal communities to help pay for vital services and fund their National Guards.
"States and communities shouldn't have to lay off teachers, cops, firefighters, cut off vital services for families and businesses," Biden said.
Governors were alarmed with how long it took to distribute coronavirus tests, Biden said -- underscoring the need for a plan to quickly distribute a vaccine once one is available.
He said he does not see any scenario in which he would seek any sort of national economic shutdown.
"I am not going to shut down the economy, period. I'm going to shut down the virus. That's what I'm going to shut down," Biden said.
"No national shutdown, because every region, every area, every community can be different. And so there's no circumstance which I can see that would require total national shutdown," he said. "I think that would be counterproductive."
CNN's Sarah Mucha and Kate Sullivan contributed to this report.