Snow Skating At 100fps - Little Preview Of What I'm Editing 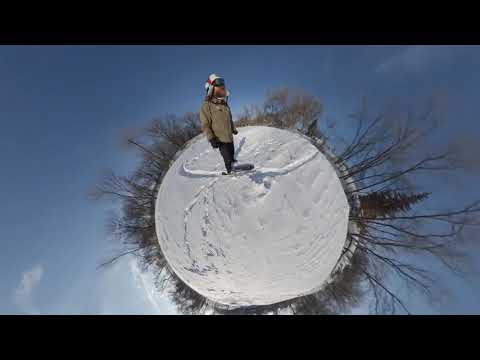 Hey everyone, life's been keeping me busy recently, and I haven't had much time to post recently, but I am stacking clips to release soon! Mostly I have been snow skating on what spare time I do have, but of course I have bringing the camera with me to make it productive. Also since @Aaronadventures is my roommate, he's been coming along to help film, and has been learning to snow skate with me as well. Seeing as he had background in snowboarding, he's taken to it very quickly, and will have some good moments in the edit too! That's him in the video at the end!

Currently I have been practicing using the 3k 100 fps setting on the Insta360OneX. It's some of the best slomo footage I think I have shot so far, but I have to have great lighting or else I get a lot of noise in the shot. Of course I'm also loosing a fair bit of quality when I narrow the 360 footage to just one point of view. I'm not sure the way I would calculate what the resolution is after it's cropped, but I feel like it's closer to 720 than 1080. So I feel it will be a tool that I will only be able to use in direct sun light, or with good lighting.

That being said, I also did the 4k at 50 fps, and was pretty happy with it in medium lighting conditions, but only being able to slow down the speed by half is not as slow as I would like for action shots. Perhaps once the full video is out, I can do a break down of the shots, and runs I made snow skating.

What do you want to see more of?

Do you like my talks where I walk and talk to the camera?

Let me know what you think in the comments! Full upvotes for all!

Help Us Bring The Longboarding Community To Steemit!

The more you support my posts, the easier it is to show all the potential new members why they should be on Steemit! Recently I have been getting messaged by quite a few longboarders who are asking about the platform, so I feel it's just a matter of time before we start seeing a mass on boarding. @dizzyj is so far is the first member of Coat Longboarding to join steemit, so go give her a follow. I know she hasn't posted much yet, but she is currently enjoying some fresh snow on Whistler Mountain, so I suspect she will have some new content once she is back home again.

Also follow @aaronadventures he will be posting soon, he just wants to make a really good introduction for all you! Also he's got some serious talent, so you are not going to want to miss curating his amazing work!

Either way it's great to see what my pitch video has generated some interest in Steemit, and it's really given me a lot of motivation to see the positive response. Over the next little while I am going to make a better pitch video, and a more technical video to help bring new members up to speed.

If you want to support the building of this community, please give me a follow, a upvote, and keep an eye out for new members joining soon! Remember it's up to you to encourage the content you want on Steem, and not only is the longboarding community full of amazing content creators, they are also the very definition of community! We're talking people who have skated across Canada to raise over a million dollars for Cancer research! People who have organized an international longboarding race circuit with almost no outside sponsors. As well as this community has crowd funded the rehabilitation of injured riders, and the building of a museum / hostel known as The Church Of Skaten / The Highlands Hostel!

Interesting, I hadn't heard of "snow skating" - so that is like an attachment that you put on the trucks of a normal skateboard? Or it is its own thing entirely?

Well it has it's own trucks, which don't move much, but you could really mount it to any board you want. Course you might have to redrill the holes if they don't line up.

Main reason I got into it was that I didn't need straps, and specialized boots. Which makes a lot of sense on small runs like this, since i save a ton of time not strapping in and un strapping every run. Of course it's also more challenging because of this, since you fall off a lot easier with no straps.

Now to answer your question, I am the type of guy who doesn't like reading so I really like your walk n talk videos and your longboarding ones.
I prefer watching the news that reading them 😅😅😅

If you jeed any help onboarding people you know where to find me. These longboarders you wrote about seem like the real deal 💪💪💪

Thanks for the feed back! Yeah they are largely what inspired me to try to build a longboard community where I live. So I am really doing this to help them in return.

As for snow skating. It's tough, but most skaters pick it up quickly. If you've snowboarded, it's even more easy to learn.