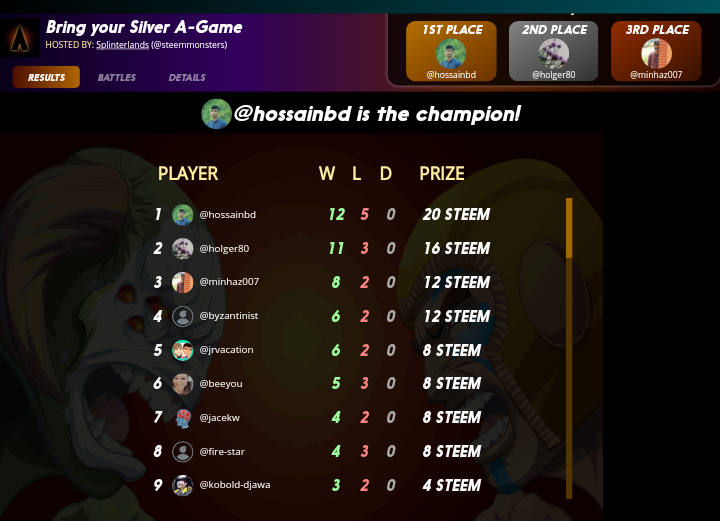 Since dec came many players stopped playing they are daily quest, especially the big players, but I'm still playing, because I like to open those cards, not just Quest Cards, booster packs, orb, season rewards, and all kinds of packs, there is an addiction.

Basically for these reasons I have to complete my daily quest, and if I can calculate all these gains and losses then it will be seen - "there is more loss than profit" as I have already dropped my rank and ERC this season to play quest, because I am addicted to do quest, it'sa bad habits i should stop it.

But is it really being loses?

Today I played very bad, even though the life splinter was my favorite splinter, but today my guess is all wrong, I guess one way but the opponent team to bring another, just not like luck. In the case of the card and the same, today I could not get any special card except daria dragonscale. But I got a few valuable rare cards that would be useful in the future.

Finally sm has added their new tournament and it has changed the new rules, although earlier tournament prizes were very bad but now they have changed, and some changes in the game in alpha tourney, hopefully it will save a lot more time than before and the first tournament i was the champion there, Although I was afraid of the first round because it was best of 1, but i did properly.

Wow you got so many steem congrats bro