Steemmonsters : How much time do you spend to complete dq? 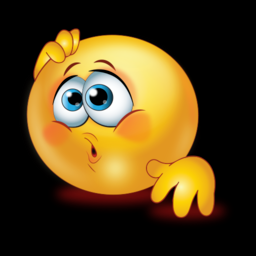 After finishing all the work, the new season started with the tiredness of the old season, those who played in the Champion League had many problems. Although we did not get anything like our needs in return for the sake of trouble, because we had a bad fortune in the season. I'm not talking to everyone, I'm talking about myself, because there are many who have got more other epic gold with Legendary Gold, which is really very expensive in the current market.

Today, I'm going to discuss a serious issue - that is Daily Quest. You all know that Steemmonsters has issued a roll for us that you can not play more than 20-25 battles, then your ERC ( Energy Capture Rate) will decrease, then you will win every winner As a result you will get less dec so we should all look at our ERC

And to do that we need to first look at the rules of our battle, and at the time of the quest, it must take time to play to understand slowly. These players would not be awaay, those who did not go down to the quest, but today I will give examples with me, and share some techniques about how I play.

Today's quest came on noon but I was unable to play for my duty schedule, but I played two battles and I won one of those for my luck because the opponent came to with the death. So do not try to play at once during the quest game, when you are free, play it, never want to mefinish it . Whenever you do, you will try to win the battle according to rules, with any splinters, it's totally depends on the rules.

I will discuss about rules and splinter another day, talk about quest today - First see below

So in my opinion, I won the battle for luck, because my opponent team was very weak, if I share my strategy with everyone then I would say - never use rare summoners in this rules, because there only he will ruin mana not give anything in return, many players use legendary summoners in this rules, they should be more aware of their rules, so if you have epic summoners then use it, And if not, then I would suggest to play with any team other expect death, because on the above I share the log of the battle, i think it was the best team for 16 mana in this rules.

Then come on today's quest - I had a quest with water splinter at the beginning, but I changed it later, because my water splinter is not so strong, if you have then you can play it by itself because there is luck too, suppose if you get death splinter by changing then it will take a day for complete. but death is good in small league

Check out the screenshot above, while playing water, I have played six battles and have won only one, because I was addicted to doing it, so do not ever addiction to quest, you only have to target on winning, then you will see quest and complete done. But then I changed it because all the splinter is good to me except water, then I got the opportunity to complete it with earth splinter and see what I did.

I have won nine battle in a row and today's quest has been completed, but I did not just play the earth splinter target but I have played with mixed splinter after winning the battle rules and won it. So if you want to keep your every day Energy Capture Rate correct then of course, these things should be kept in mind, never to waste the erc for the game of quest, because I think the dec is more expensive than the quest reward.

Today I got a gold javelin whice market price is $3.7, although it is a nice card but it requires fate to get it.

First of all thanks to @davemccoy and @jarvie @cicisaja those who have inspired me to write something about steemmonsters in the previous post, so I tried to share what I knew in my language, but i took some help from google translate in writing So if i have done something wrong, forgive me thanks in advance

All screenshot captured by - oppo A5s

Awsesome this post had a lot more valuable information.
The thumbnail still needs to be more unique to the post that you do ... we associate that image too much with the spam that @zaku used to do and thus most people won't read it with that thumbnail. But the title was better and more informative.

I also wish there was a way to make the pictures smaller. People don't need to see them that big. But maybe that's something we at steempeak can help solve.

You don't do it as much anymore that's why it's not as sensitive a subject i hope.
Also he's going a different direction with his content type that's why he should do a different system. I recommend Canva.com

Yea totally agreed! Many people use this picture in there post but in this time i have no unique image to change it, but I will change it when i have or you can suggest me a image, otherwise I'll find a picture for the next post, btw thanks for the inspiration @jarvie ❤

That is an awesome post @hossainbd... You did a great job of taking the suggestions from @jarvie and giving people something that is useful and interesting to read too! Very very very good :)

You both are great, I respect you, I'll post more important things which I know, thanks coach

Again good job @hossainbd! And I respect you too!!! :)

You make a great point with this post. When DEC came out, I changed my strategy to go for the win instead of forcing the DQ team. It is easier for me to complete my DQ when I have green, white, or red. Blue can be tough, but black is the hardest to complete. Sometimes it will take me 2-3 days to complete it, which is OK because I am focusing on wins and DECs.

Yes, I'm also doing it. even when i see the quest with the death splinter then I change it immediately,

Nice quests you did there! I spend too much time battling! At least an hour to several a day and some days all day and night- that is too much though, LOL!

Yes @clove7 it's hard to do quest in champion league but sometimes it happens when I play with death splinter but we should not do this, we should look at our erc and focus on wining, thanks and happy battling.

Great post as it is critical to leverage our ECR every day to gain as much DEC as a priority instead of the Daily Quests. This becomes more important as you reach maximum level in most of the Reward Edition cards like many that have been participating since its inception. Look forward to seeing more tips!

Yes you're right and thanks for the comments , hopefully I will share some more tips in next post.

You know what Brother!
I love it when you get out of your comfort zone.. sharing 2 screenshots and tell us what you get after that 😂 it's not worth to read.
But this kinda post...!!

Because you shared what you knew based on your experience, no hesitation that you will reveal your secrets at all.

Go play happily and write more till you don't have to use Google translate anymore.

You know how busy I am, how many decks I play and how much trouble it is to play in the champions league, that's why I can not share my post every day, But I will post one by one 😉

That's my boy!
You know how busy I am too 🤣 but I can posts in many accounts too .. LOL
Keep doing your best.. because I know you love steemmonsters so much.