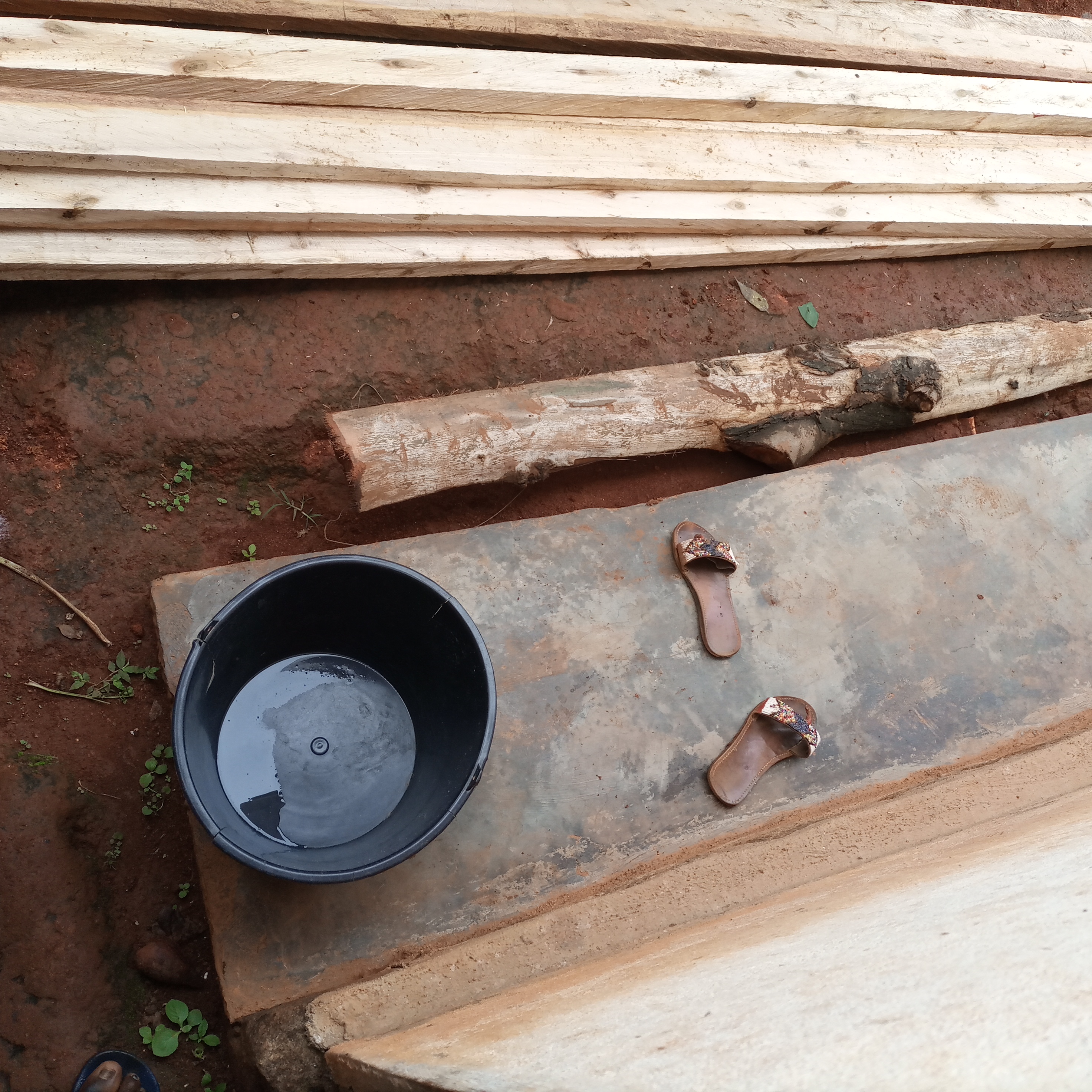 Hello beautiful people of this educative platform, greetings to you all and hope we all moving on despite our daily challenges. It's another edition of my dairy game ,an am to share with you my day of 12/05/2021 .

I woke up this day at exactly 6pm ,had my morning devotion as usual,next after that did some exercise as always ,sat down meditated on some issues worrying me at the moment ,from there I went out ease myself ,greeted some of my neighbors then proceeded with my daily morning activities. As usual my first activity of the day is normally for me to go take care of the shop which is cleaning all the work tools , then mopping of the floor,next after that i went to the public tap to go fetch water as I was done with that ,I had to run an errand with my brother we both had to go carry some plank at one mill near us so with did that a couple of times

We finished at about some few minutes to 8am . So as I arrived home I had to go take care of the pig , gave them food ,stood there for a while as I monitor them eat . Done with that I went and took my bath,brush my mouth then left the house . On my way I pass near one of my neighbors house and discovered that one of their pigs felt ill and there were about killing it that got me really scared and worried

So I left there on my way to work , as I reach the road side i took a taxi ,I received a call from my boss telling me she won't be at work place and the place wouldn't be open so I immediately pleaded with the driver to drop me off the man was really pissed off saying he has rejected customer just to take me in ,so because of that I had to give him a 100frs. My program was really disrupted I had to go back home that about 9:30 I had to go jion my neighbors is the killing of the pig ,we kept some in the fridge then prepared some so by 11 am everything was ready ,as you can see this was the result

So from that time still 3pm had nothing doing just relaxing . So after that I went down to the road site in to one barbing saloon sat there for a while then started helping the guy since he had a lot of customers,so I spent the rest of my day at his place . My best cut for the day 😍😍