Should you "just do what makes you happy"? 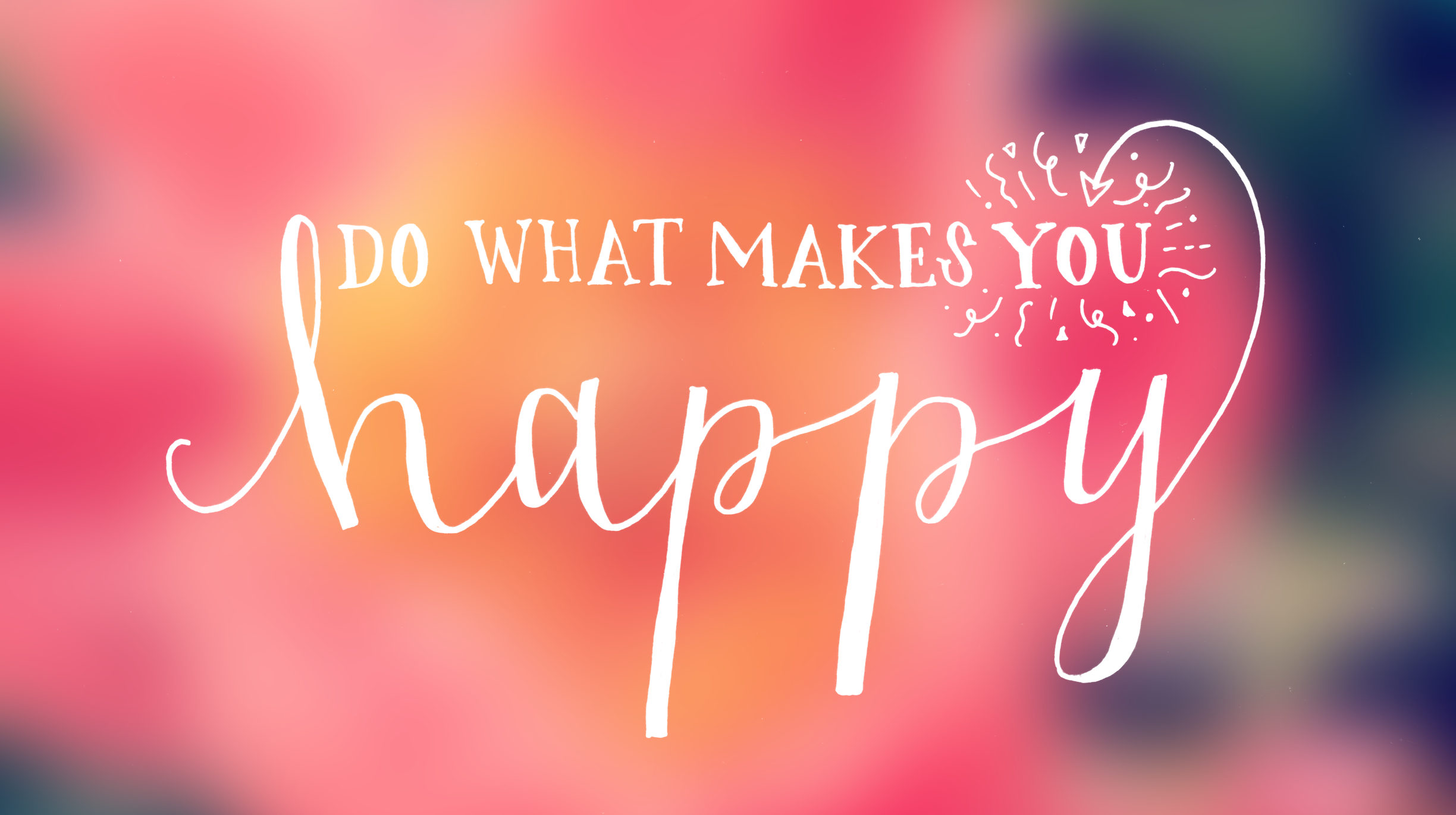 "Just do what makes you happy" is usually terrible advice! The search for happiness is one of the chief sources of unhappiness.
― Eric Hoffer

Happiness is more of a result of right living and the Good Life than it is a emotion that something or someone else can make you feel.

I carefully delineate purpose from meaning. Many people don't discover their special purpose until later in life, but nevertheless live with great meaning. They have been shown how to discern meaning in the world around them. They fill up on these meanings and their hearts and heads swell with wisdom and love.

Sadly, today's pop culture says no objective truth exists, everything is relative, so nothing seems solid to many people. The road to faith, wisdom, and meaning, has been cut off or obscured. Nothing will make any difference, so where is purpose to be found? The soul is forced back on only itself where it finds only an existential emptiness. What to do? "Why, just do what makes you happy," today's milieu tells us. When this advice becomes a person's guiding light, the pursuit of happiness often gives way to merely the pursuit of pleasure. The pursuit of pleasures and comforts often leads to vice which leads to sin which leads to despair. Some might pursue vocational success, but only as a means to gain the pleasure of praise and status and to gain the means to live a massively acquisitive life.

A string of excited, fugitive, miscellaneous pleasures is not happiness; happiness resides in imaginative reflection and judgement, when the picture of one's life, or of human life, as it truly has been or is, satisfies the will, and is gladly accepted.
― George Santayana

Pleasures, like 'stuff', are enjoyed only temporarily and often greater pleasures are required in order to be enjoyed. Soon nothing can create pleasure because empty souls who look for externals to satisfy don't have that store of meaning in their souls that enables them to enjoy life without all the 'stuff'. Soon they look up and see only wilderness all around them and know that they have missed the point of life. Sadly, they have no idea how to find the road out of the abyss. Grace comes to most, but they cannot even recognise the hand that's extended to lead them out of their own personal hell.

When men or nations sweep away their past in the process of aggrandisement, presently the dream of avarice gives way to a forlorn longing for things beyond recall.
― Russell Kirk

So what do many of these people who are living a death-in-life do? In a desire to feel alive again, they seek greater thrills, or they throw their latent enthusiasm into some saving cause, something that will whisper to them that they are making a difference, that they are a good person. Something to silence the voice in their mind which tells them that they've squandered their life on themselves. So they join an exciting radical political movement, become a vegan, or worse, start attending Joel Osteen pep rallies. They'll go to anything that restores their self-esteem and offers flattering fictions, so long as it is not a real faith which tells them they are self-absorbed sinners who need to die unto themselves, repent, atone, and change their lives.

Don’t aim at success—the more you aim at it and make it a target, the more you are going to miss it. For success, like happiness, cannot be pursued; it must ensue, and it only does so as the unintended side-effect of one’s dedication to a cause greater than oneself or as the by-product of one’s surrender to a person other than oneself. Happiness must happen, and the same holds for success:
― Viktor E. Frankl, Man's Search for Meaning

I'm so glad you wrote about happiness. Many people are so quick to pursue after temporary happiness while forgetting the ultimate happiness. I once told a friend that happiness which is based on happenings is temporary but the one borne out of the heart of joy stays eternal. My opinion though.

Nice piece there Honeybee, thanks for sharing

I think happiness means different things to different people. I think we are often wrong about what we think will make us happy. I often feel happy when I am passion about something. When I am enjoying the journey rather than just living for the destination.