Post-Trump Politics a reversion to the Republicans of old? 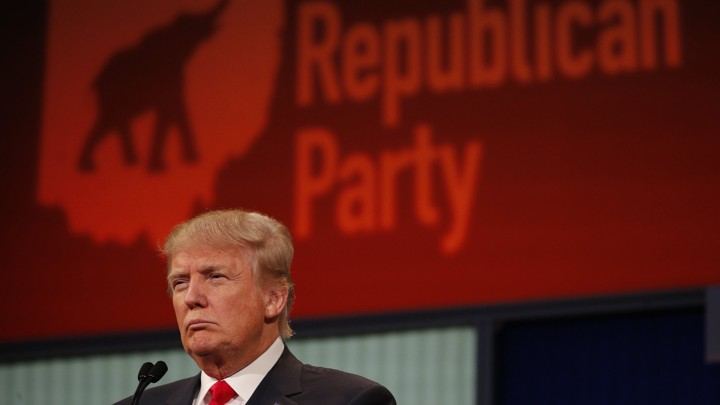 When Trump was elected I argued that his real significance was as a catalyst of a transformation of the Republican Party and American conservatism, more generally, into something different - a bit like a Dr Who regeneration. My prediction was that this would take about four years to be complete and that by its conclusion the Republican Party would have become a full on American nationalist party (national collectivist in my typology).

In some ways we would be seeing a reversion back to what the party was in the nineteenth and early twentieth century. The reports of and reaction to the national conservatism conference held recently show that this transformation is pretty much complete. We should not underestimate the electoral appeal of this politics, it will do much better than complacent liberals of all kinds I'm afraid.

The big question is what will happen on the other side, given the US has a two party system and it isn't going to change any time soon in that regard. What we are already starting to see, as I also predicted, is a knock down, drag out fight between the two other big political electoral groups, progressives and mainstream liberals. I would tip the latter to eventually come out on top because they have the votes and also the money - particularly from Silicon Valley.

The orphaned voters are what we may call liberal conservatives - people who are 'fiscally conservative and socially liberal' plus in intellectual terms what is left of the Bill Buckley style conservatives. They make up about 15-20% of voters by most accounts. The mainstream liberals will have to appeal to them to have any chance of beating the national conservatives in a national election. Finally once Trump with his unique personal rebarbativeness is out of the way, expect a significant minority of the radical progressives to make peace with the national conservatives or at least tactical alliances - you can see the early signs of this already in places like Jacobin Magazine.

A big question is where this leaves people and institutions that see themselves as primarily libertarian, rather than conservative or progressive. There's a strong parallel between post-Trump American politics and the politics of nineteenth century Europe. Nationalists compete with socialists; classical liberals are hard pressed to decide between them.

By the late nineteenth century, many classical liberals had found some affection for socialism, including--sad to say--John Stuart Mill. But today need not and should not be the same. We have empirical data that the nineteenth century did not have. Socialism looks much less like a bold new experiment, and much more like a failed old experiment. Or at least it certainly should. It ought not to seem so tempting this time around.