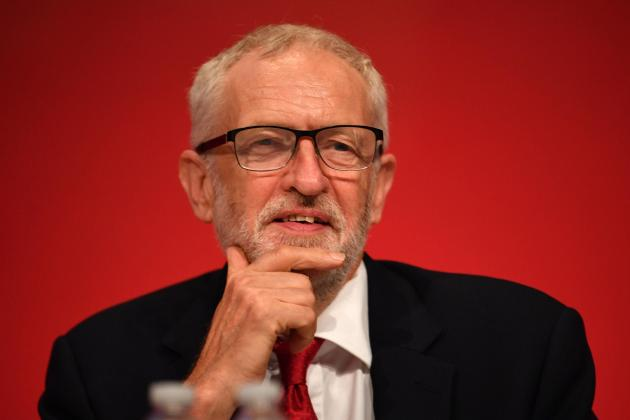 The third in a series of posts i've been making about things we can say about this election regardless of (almost) any result.
It will intensify the identity crisis in the Labour Party and the wider left (which is similar to the challenge affecting centre left parties everywhere except, it would seem, the Iberian peninsula). The only way this won't happen is if the Labour Party wins an absolute majority but, as John Curtice says, the chance of that outcome is as close to zero as you can get in an election (because of Scotland).

If the Labour Party denies the Conservatives a majority there will be initially be delight and a good deal of schadenfreude but that won't last because they will then have to face a very tricky situation. They will be dependent on other parties (in the best possible case only the SNP, more likely both the SNP and the Lib Dems, possibly all of the opposition parties). They have indicated they will simply go ahead and put down a Queen's Speech in that scenario and dare the minor parties to vote it down. That is not a strategy for long term success and will enrage not just the other parties but also lots of voters. If they lose either moderately (going backward from 2017 but the Tories still don't have a majority) or badly (the Conservatives win a working majority or better) then there will be some fearful rows.

What this reflects is a huge divide within the UK left over not just tactics but the much bigger question of what kind of political movement they are. It's easy to focus on personalities such as Corbyn but that's a mistake, this is about much more than particular individuals. Right now quite a number of Labour MPs are feeling schizophrenic. They clearly want to win their own contest and they certainly want to stuff the Conservatives but they also don't want Labour to do too well, because they have huge problems with their leadership. It's important to realise what those problems are. A lot of people on the right think it's because Corbyn and his supporters are too left wing on economics but that's a mistake. There are a few Labour candidates who have a principled disagreement with the Party's economic policy but not many (a fair number have quit or defected). Some object on the pragmatic grounds that they may frighten voters but that is also much less than you would imagine, after 2017. What they have massive, principled, problems with is the foreign and defence policy views of Corbyn, Momentum, and the current leadership. This is not surprising. Throughout its history the Labour Party has always had its really big rows over foreign and defence policy. That's true from the 1930s, 1950s, 1980s, and now.

It's the manic anti-imperialism, blame the West for all the world's ills, and sympathy for truly dodgy movements and governments that many people in the Labour Party are really unwilling to accept. (The anti-semitism is an aspect of this suite of attitudes). The Labour Party's economic policy is actually popular and, in my view, would be a vote winner if it wasn't for this. The real winning combination for the Labour Party would be to go back to the kind of position that the Attlee government had, one that combined economic radicalism with patriotism and a robust defence policy, and an inclusive but definite British nationalism. I really think with that combination they would win that elusive majority.

So why not do it? Why all the internal angst? The Conservative Party has had a similar internal argument about its identity but has clearly resolved it (and chucked large parts of its traditional identity in the process) pretty swiftly, because of the instinct to follow the course that will give the chance of power. The Labour Party is torn between two radically different notions of what kind of party and social movement it is. One view, which Len McCluskey put pretty forcefully in the Guardian yesterday, is that it is a working class party that is looking to shift the balance of economic and political power and to create an inclusive but traditionally British identity. The other view is that it has to abandon a significant part of its traditional voting base, and become the party of new social forces, which are younger, metropolitan, strongly internationalist, and interested in a kind of identity politics and radical post-imperialist politics. Jeremy Corbyn is in a unique position because he can appeal to both of these groups. That's because of his long-standing interest in the kind of student radical post-1968 politics that motivates the newer left, which he combines with traditional left wing economics. Some of his colleagues (notably McDonnell) are interested in the second but not the first.

This divide is not going away and is going to burst out once the election, and the need to combine against the Conservatives, is over. Lord knows how it will end, If Corbyn has to step down as leader it's hard to see anyone else who can appeal to both constituencies in the way he does (just about).