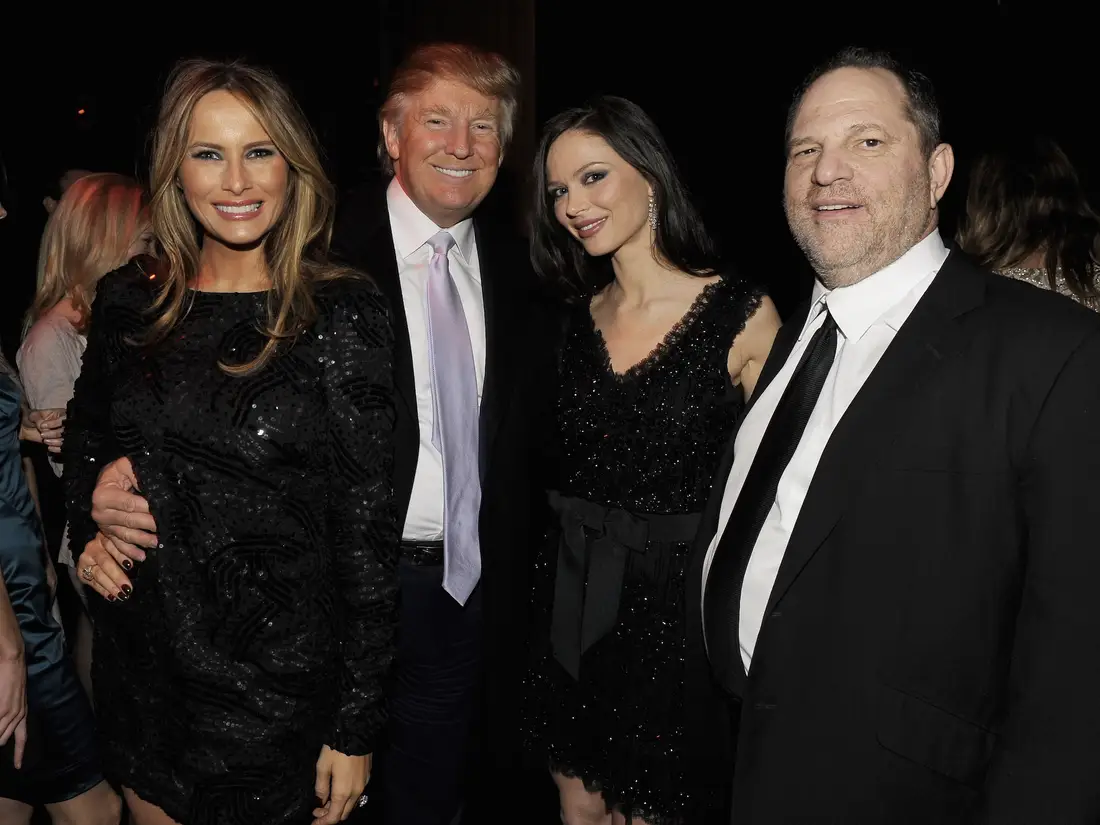 I’ve been thinking about how we can discourage the pattern of groups tolerating powerful people with well-known patterns of coercive sexual behaviour. (eg Harvey Weinstein in Hollywood, Justin Caldbeck in Silicon Valley, Bill Clinton and Donald Trump in politics etc)

I recall a while back in a discussion of police misconduct and race, someone described the police force as 10% people with truly ill intentions, 10% people with truly good intentions who will look to do the right thing no matter what, and 80% who simply will follow whatever the social norms happen to be. I think this is roughly true of groups in general, whether it’s the police or the film industry or the tech industry or politics. This means that changing the incentive structure to swing social norms can have an enormous impact.

Accusing someone powerful of mistreatment carries with it enormous risks, large enough that most people who have been harassed are unwilling to speak up about it.

Even A-list actresses such as Gwyneth Paltrow and Angelina Jolie, who carry plenty of power themselves, were unwilling to take that risk until the full extent of his misbehavior came out.

One way of reducing that risk is by acting in groups. When there’s a large number of people accusing a powerful person of sexual misconduct, it’s much harder for it to be perceived as a “he-said, she-said” or “false accusation” sort of story.

This makes me think that it could help to have a method for people who have been mistreated by a powerful person to find each other anonymously online, share their experiences, and choose a plan of action. This reduces a sense of isolation and solves a coordination problem that otherwise holds people back from taking action.

As an example from a different domain, Yelp forever changed the balance of power between small businesses and customers by allowing customers to coordinate in sharing their good and bad experiences of a business. I’ve been able to cause significant harm to businesses (as well as connect with other wronged customers) by leaving them bad Yelp reviews.

There are also actions that everyone can take as well. Specifically – it’s on all of us to take any accusations we hear about seriously and be proactive in dealing with them, especially if we’re in a privileged position to do so and can have an impact.

Basically we need to spread new social norms that the 80% of people in the middle group I mentioned earlier can follow.

Some interesting links for further reading :

I'm a black ex-cop, and this is the real truth about race and policing

This is a real paradox

Truth is, these people are really hard to pin down, they have the resources to spin the narratives and tell lies and that's why people don't speak up to them. I feel most people in government are this way. The Bill Clinton issue with that secretary was a case study. We're running a democratic society but the truth is that we have tyrants who controls the world

They would be easier to pin down if groups can get together and make real pressure. In a lot of ways, it is like how the community has stepped up to Steem's existential threat. Perhaps some kind of anon-crypto platform would help with this endeavour.

it is like how the community has stepped up to Steem's existential threat.

Yeah a platform with one voices should actually shake the table of these powerful people.

You're definitely right, however people still fear a lot and that's why they remain single entities rather than fighting these people as a group. In my country people are slowly Killed or jailed for trying to liberate and spread truth. It takes a lot but I believe resistance brings results.

It's been a long while, how have you been?

Dude, she went to washington with the intent to seduce the president. Shes not the victim here. Nor are the girls bill cosby shared drugs with nor the women harvey weinstein worked with.

Awesome post! So awesome it has been manually curated with a resteem and a 100% upvote, including upvotes from our Steemauto fanbase. Follow @theresteemer5000 for a higher chance to be resteemed and upvoted more often.