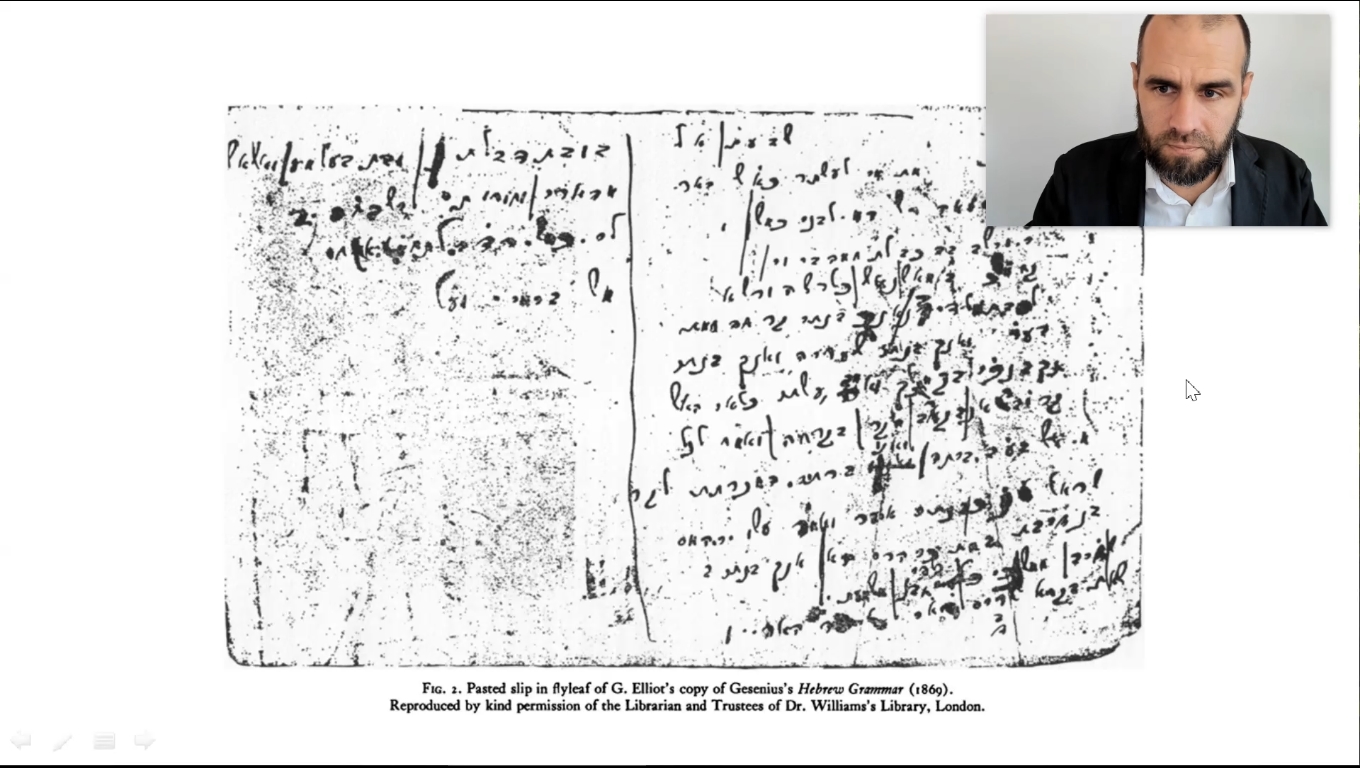 She was a scandalous Victorian novelist and ten years his senior. He taught her Hebrew and showed her his brilliant research. She taught him how to deal with the critics when he became famous. He sent her the rough draft of the article that made him famous. She kept him from suicide. He became the fiery young martyr in her greatest novel. She called him her dear Rabbi. He left her with a fierce compassion for his people and a vision of the Jewish Christ that turned her into a prophetic voice. This is the story of the unusual friendship that turned the tide of Jewish history.