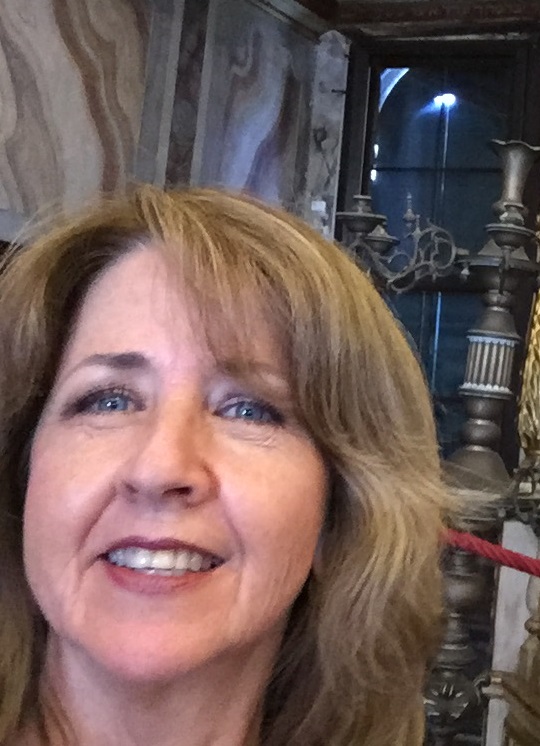 Thank you for the welcome, it is very warm. I am a 62-year-old woman, born and raised in Catholicism. I grew up believing I was unloved and that G-d was ready and waiting, baseball bat in hand, for me to make the one mistake causing Him to slam me out of time and space. At 18, I was introduced to Jesus as a personal savior in the Pentecostal Church of G-d. I was working full time, but arrived at work an hour early and sat in my car to read my Bible. I was so hungry. I remember as a young girl thinking, "I can't wait til I grow up so I won't make any more mistakes". I wanted so desperately to be loved, but did not believe I was loveable. So, my search for Jesus' love continued, though I was never able to truly accept that He really did love me. I married, gave birth to 3 beautiful daughters, made some big mistakes and lived in an abusive relationship for 14 years before finally leaving. I never walked away from G-d, but was still looking for love "in all the wrong places." After 7 years, I married a man who I met in church. Unfortunately, it turned out to be another abusive relationship which caused the loss of relationship between me and my daughters. I believed that I could not leave because another divorce would surely sweep me out of the Kingdom. I remained in the marriage for just short of 18 years before I was able to face the fact that I had been an excellent wife and he was the one who broke the covenant many times. I have been single now for 6 years and HaShem is helping me rebuild my relationships.

During my 2nd marriage, I began asking G-d, "What if I only think I'm saved?" Fellowshipping with so many miserable women who never got any answers was very disturbing. What was more disturbing, was the fact that I could not help them. I knew their pain because I had it too. The church I was attending at the time sponsored a Beth Moore study. The only thing I remember about that study was a statement she made about the Jewishness of Jesus. I tuned out the rest of the study, realizing that I knew nothing about His Jewishness. This was the turning point in my journey I needed. We were led to a Two-House congregation where we served for several years before I realized I could not continue under that teaching. Between that time and the divorce, life was very hard and I was being separated more and more from my family and friends due to decisions being made. After the divorce, I joined a Messianic Jewish yeshiva and have been studying with them for over 4 years. We are encouraged to learn Hebrew, but it has to be outside of the yeshiva. I was working on it on my own, but have not made the progress that I would like. Nick Tognietti shared your program with me and told me I could work at my own pace and just be sure to work at it every day. I haven't even been successful with that yet! I can read Hebrew and am in a Haftarah chanting class. I am rather slow, but have noticed some progress.