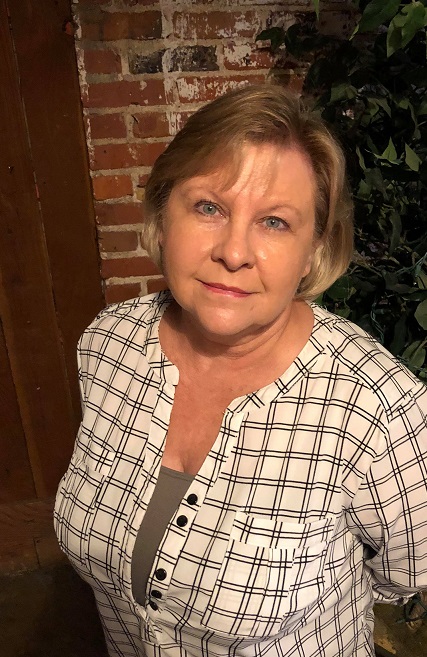 I tell people it all started with a bang. A very tragic bang, however, that proves that Hashem works miracles even in times of tragedy. On Feb. 1, 2003, when the space shuttle Columbia was coming in for landing it broke up literally over our heads. Debris from the space shuttle fell for hundreds of miles in our area. The explosion was so fierce that it shook our house and even knocked the top out of a tree in the backyard. Little did I know what that sorrowful event set in motion.

My husband has served on search and rescue teams for many years. He was packed and ready to head out on 9/11 before his orders were canceled to outside rescue teams. When the space shuttle crashed, his team along with many others were called to help.

On the first day, his team was briefed on the many toxic chemicals that they may encounter while searching. One chemical, they were told, was fatal, and by the time the smell could be detected, it would be too late. Needless to say, I was very nervous about them going out. Our 19-year-old son was also called to join the team and I sent out many emails to family and friends asking for prayer for my boys. After a couple of days, his team was moved to searching for human remains. While I was relieved that they were not looking for toxic chemicals, I was also concerned as to how my tender-hearted men might react to what they may encounter. I had already heard some unpleasant stories about the condition of remains already identified. But there were still several astronauts unaccounted for.

My husband commented how touched he was at the reverence the rescue teams showed for the remains. The crew had a coroner on staff along with several clergy and because one of the astronauts was Israeli, Ilan Ramon, a Rabbi was also present. Once the rescue teams made a discovery, the coroner would determine if it was indeed human and if so, they held a service on-site before it was removed. The care and respect that everyone had was truly remarkable. After the second day on this crew, my husband came home and exclaimed, "You won't believe this! They found Ilan Ramone’s body intact." He was still fastened in his chair and leaning against the tree as if asleep. Experts said it was likely because of where he was located on the shuttle, but we all knew it was Hashem's miraculous protection. I had been emailing several family members updating them on the information I was allowed to share and asking them for prayer. We prayed for the safety and success of the search crews, but mostly for the families of the Astronauts, who had lost loved ones.

To this day I don't know how it happened except divine intervention, but somehow an old friend that I hadn't been in touch with for several years got the email about Ilan Ramon. She called me in tears explaining that she'd been walking the woods around her house praying but they could find his body and return it to his family during the time of Shiva. I didn't know what that was, but she explained to me that in the years that we've been out of touch, her grandfather on his deathbed had told the family that they were Jewish. While she was raised in a Primitive Baptist Church, she said that she had always felt a deep connection and compassion for the Jewish people. As we caught up on old times and laughed and shared, she told me about this amazing Bible study she had been doing. It's called Torah Club from First Fruits of Zion. As she shared with me some of the things she'd been learning, I felt that same connection and compassion. I asked her to teach me. I felt this was an answer to prayers that I have had for many years. For the last several years I felt a disconnection from the Church I was attending. Don't get me wrong, they were wonderful, God-fearing people, and I love them very much, but I knew there had to be something more. I felt like my spirit was starving. I longed to know Jesus better.

That spring, my friend invited me to my very first Passover. At the Passover, the Rabbi there was teaching about Jewish marriage customs. It was fascinating! He explained that when you fall in love with someone, you want to know everything about them. What's their favorite color? What kind of food do they like? What kind of music do they listen to? Then, hopefully, you get to meet the family. Well, imagine that his family is from another country..a different culture with different holidays and customs. Perhaps they even speak a different language. He explained that if you really want to connect with them, understand them, you need to learn about all those things. And then the Rabbi said, "That's the way we should be about Jesus." In that instant, I knew what I had to do. I was ready to meet his family.

That was in 2003 and I've never looked back. I know that I was very blessed to have been able to cut my teeth on First Fruits of Zion. Over the years I've seen that many people come in very confused by the different "fringe" and even false teachings that are out there. Along the way, I've studied 4 years of Biblical Hebrew including Izzy Avraham's Hebrew Quest with Holy Language Institute.

In 2013, some friends from Houston moved to Lufkin and wanted to start a Messianic synagogue here. We helped them find a location and get established. When they asked if I would be their cantor my heart leapt! It was like a dream come true. I've always loved listening to canting the Torah and now I had an opportunity to sing the word of God. My only problem, I didn't know how. I reached out to Izzy as well as several others and they led me to several sources that allowed me to teach myself. Over the next few months, I taught myself the trope. I know there is so very much more to cantillation than just being able to read the marks, but at least this allowed me to do what I needed to do for the synagogue. No one else there could read Hebrew. In my communications with Izzy, I felt called to volunteer for this amazing organization. I've been helping with editing and map pinning for five or six years now. It has been a joy! While we no longer attend the synagogue, I continue to practice my Hebrew. I don't ever want to lose this precious gift. I've been teaching a Torah Club for many years now, and even teach a beginning Hebrew class. I've made many wonderful friends along the way and yes, I'm getting to know Yeshua and His treasured people, His family.