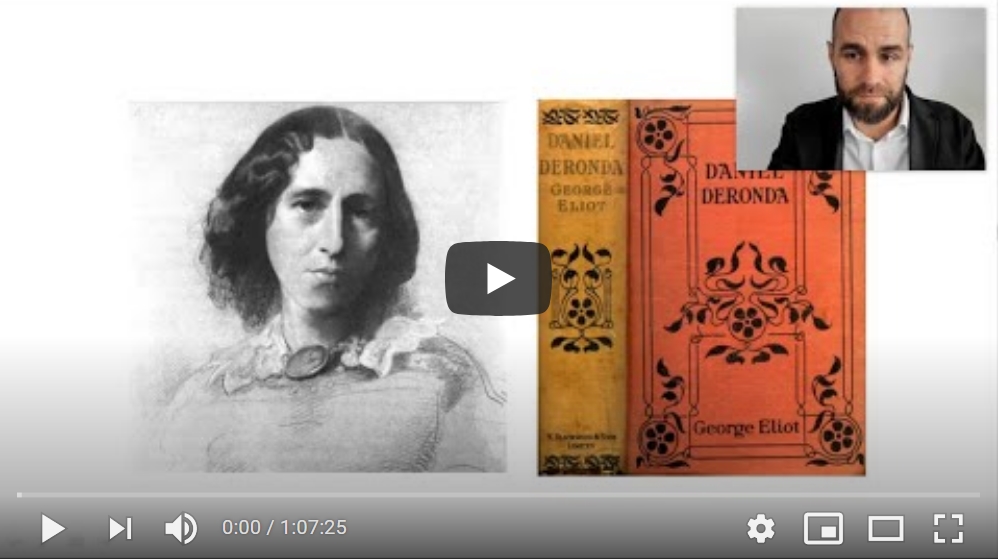 Mary Ann Evans, writing under the pen name George Eliot, wrote her seventh novel "Daniel Deronda" about a dapper English gentleman who meets a dying young visionary named Mordecai who believes that Deronda has been divinely called to lead the Jewish people back to Israel. Daniel objects that he isn't even Jewish, only to discover that he is...and the story unfolds. 20 years before Theodor Herzl wrote his watershed "Jewish State" and 10 years before the term "Zionism" was even coined, Eliot's novel was the first Zionist manifesto. This is the untold story of how George Eliot, moved by her unlikely friendship with a Jewish scholar who had become her own Mordecai, started the movement that became the State of Israel. Watch here