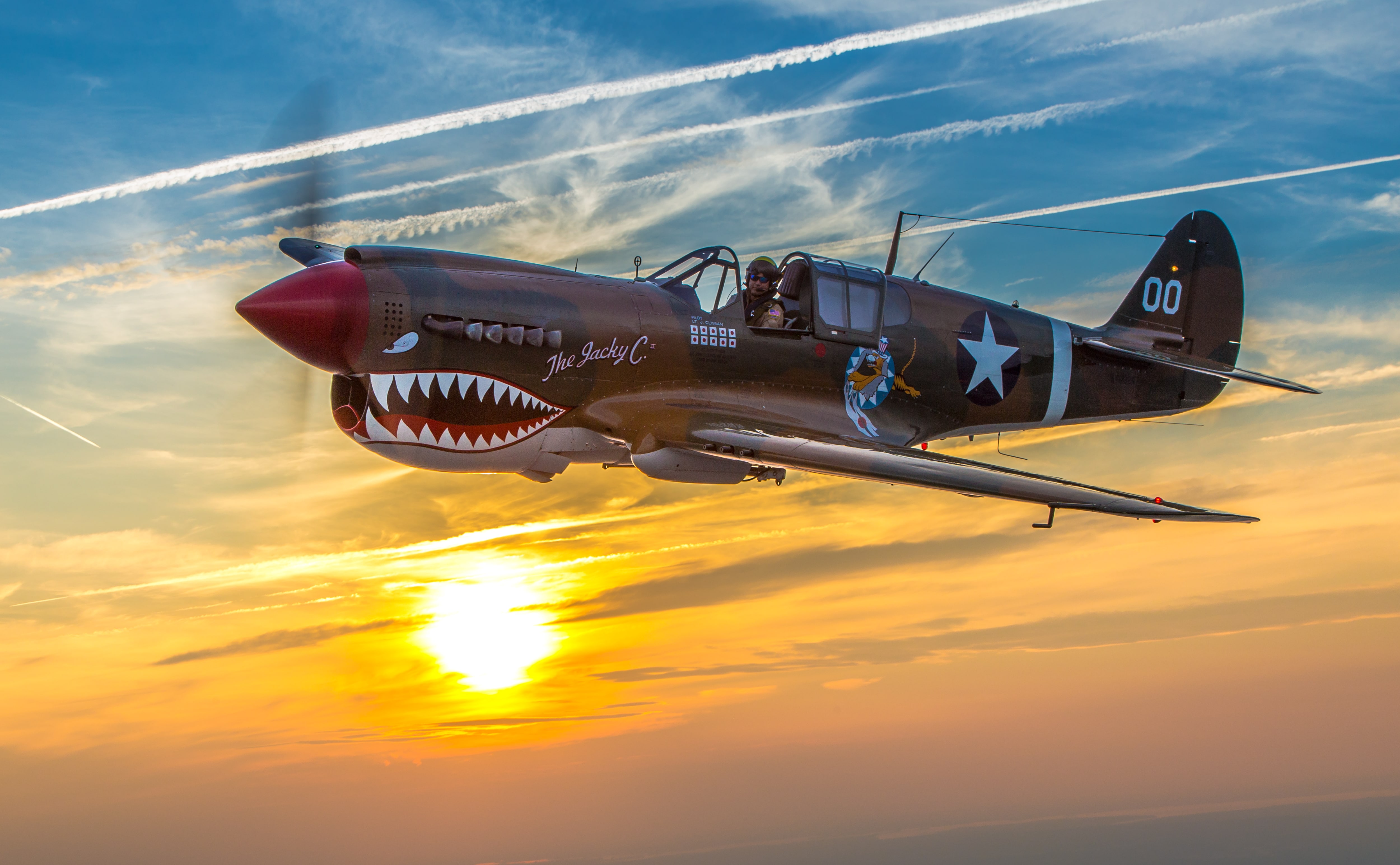 The Curtiss P-40 "Warhawk" was one of the great workhorses of WW II. It proved to be less agile than some enemy fighters, yet its sturdiness more than made up for its faults. It became the plane of choice for the British and American squadrons in North Africa and to Soviet flyers in the east. Built as an all-metal, low-wing monoplane with a pair of machine guns in the wings, war-time production of the P-40 totaled over 16,000 airplanes.
#