Angelical as she may look, Delilas's services were recommended to us by her mother's human, who affirms that through her veins runs the blood of millenary ruthless hunters. We need that, given the increasing number of rodents we are getting in the house (actually the whole city is in such a state of insalubrity that most houses are blossoming with pests of all kinds). She has a mission and we think she will deliver, as soon as her teeth grow.

The whole millenary hunters thing must be true because she has already started to show some of her bellicosity, which many spanish speakers may misread as bella cosita (pretty little thing), but which is far from it.

Our daughter, Manuela Valentina, a Queen's fan, named her after Freddy Mercury's favorite cat, and you can picture her as the irresistible object of affection.
Queen’s Delilah

But she is more like the spooky unpredictable Orffean cantata

One of our dogs feels so intimidated by her charms and fears so much to be displaced that he has already started to kill mice. He has killed two, and no, I am not going to show pictures of that kind of violence. There is a video of another kind of violence, coming from our lazy cat, who definitely resents the idea of being substituted by this bulgy-eyed thing that can't even mew properly, but I have not been able to upload it. I'll update the post with it if I can.

In the meantime, we are rooting for this pretty little thing to do her job and rid us from these turbulent mice.

Thanks for your visit

Remember to visit Ulogs.org, where

The art of ULOGGING is a conscious effort to "mine the human" into its "awesomest version", while reshaping the entire INTERNET and creating legends, icons, great men and women, brothers and "True Celebrities". 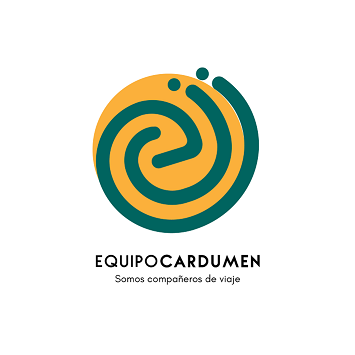 She is such a beautiful little girl, Henry! I only ever pick female cats as their hunting instict is better. I had a house in the country and the field mice were always around, but, never in the house! The cat wouldn't let them! :)

I hope she grows strong and fierce and keeps them at bay!

We do too. She got us a great upvote, so that already makes her a good omen :)
Next, a mice-free home :)
Thanks for stopping by @dswigle

tipu
🎁 Hi @hlezama! You have received 0.1 STEEM tip from @dswigle!

What a little cutie she is! She seems to have a lot of energy, so I think she'll do a great job!

She does. And she has this sort of "technique" already, to roam around, crouch and jump on her victim (so far, our hands and feet).

Cat and mouse games, good luck with your new little friend in the home.

Growing up our cat never caught a mouse, the fox terrier dog did all the dashing around the house, perhaps the cat secretly trained him.

Hahaha. That's a good one. We had a parrot that we think did that with a cat we had many years ago.
We had threatened to get rid of him and I guess it was not in him to do that dirty job. All of a sudden we saw that the two were sort of gathering together more than usual and sort of plotting and then the mice started to pop up dead. We figured the parrot told the cat, "all right, let me save your skin. This is how you do it..."

Oh I want one she's a cutie. Sometimes mice finds their way inside the house and it takes effort to get rid of them. My dogs are too lazy to be on guard.

Hahaha. I have seen mine chase the mice and it is a very frustrating job, especially for bigger animals who can't get in the crevices and holes mice can. I would not do it if I were them either. I guess every job has its specialist that will do it right.

She's a cutie. I'm on my fifth cat. The first four were male and never caught a single mouse. My Patches though, that girl is ruthless, I find sodden, still but whole creatures at the bottom of my stairs many mornings. Better there and dead than living and eliminating on my kitchen counters. I'm sure little Delilah will grow into a valuable member of your household.

:) Thanks, @owasco. We hope so. But even if she did not, she is already providing lots of fun. She sure knows how to make you smile even if you don't want to. Animal magic

There's nothing like a little kitten for joyfulness and mischief. Enjoy her. I'm a little jealous as I am trying to tame a feral cat, nearly adult, so I would not get the cute little kitten phase from him.

Hahaha. Be careful. Who knows, maybe with the right amount of affection he may "relapse" into an early phase and enjoy the perks

Hahaha that is one little playful cat! Train her well and she'll look after your house for you! If she's managed to train a dog to catch rodents then you may have a jedi feline master on your hands!

Kittens are so cool! It’s a pity that they grow very quickly.

I hope she works hard! We have a cat that loves hunting mice and rats. We don't have any so he goes off around the town. He is loved by our neighbours!

That's what I call a community server :)
Thanks for stopping by, @felt.buzz

She just looks so adorable!

She is. Thanks for stopping by

Your post was upvoted by @steem-ua, new Steem dApp, using UserAuthority for algorithmic post curation!
Your UA account score is currently 3.211 which ranks you at #9187 across all Steem accounts.
Your rank has not changed in the last three days.

In our last Algorithmic Curation Round, consisting of 115 contributions, your post is ranked at #6.

Congratulations, your post was discovered and featured by @OCD in its daily compilation #422!

Check our website for the more information about our #newsteem attitude. Join our Discord channel to be part of our community

Thanks a lot, guys. Your support means the world to us