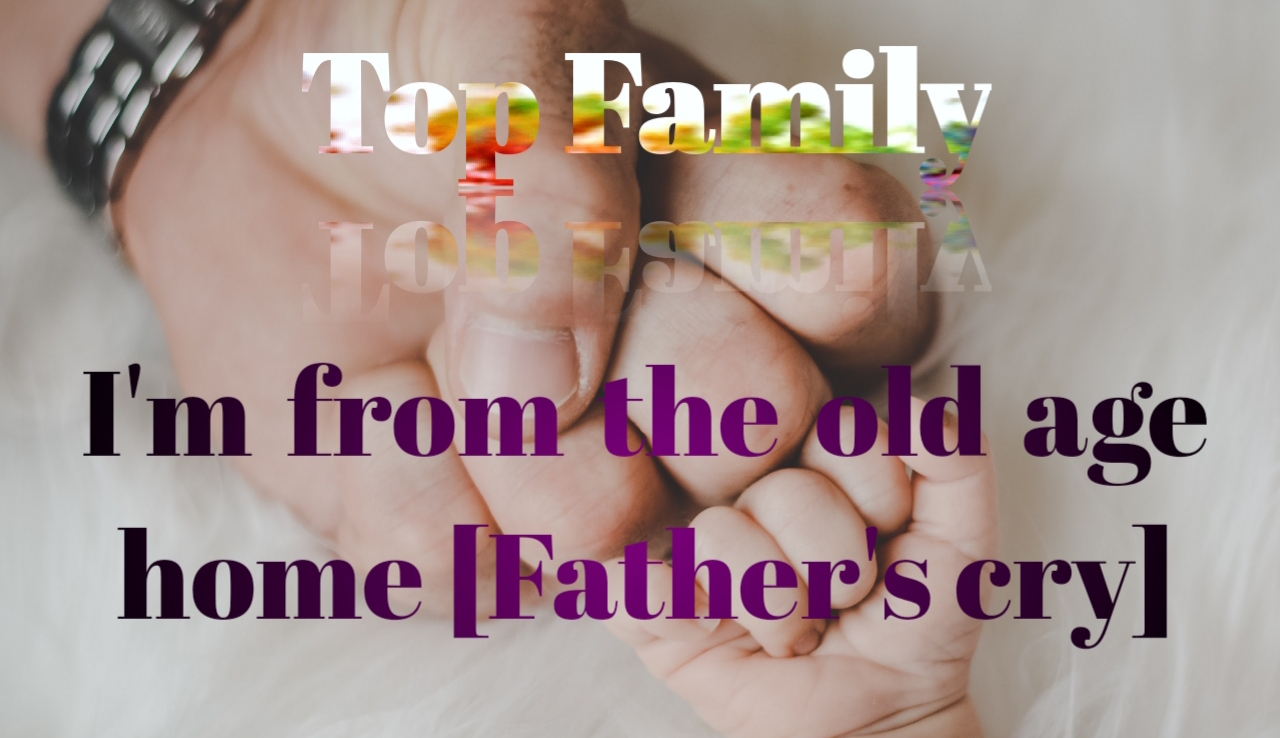 Hey in whose shadow I grew up,
I sent him to the old age home.

I don't know what to call a nation that loves its parents just to show off. I was really stunned to see some scenes on social media yesterday. I thought to myself that maybe all the parents have returned home from the old age home. But even if it is a little, I have real experience. How long will I stay in the realm of imagination The parents who raised their children with a golden spoon in their mouth. And once those children are established, the parents feel burdened. There is no time to listen to them.

Hey, we are ashamed to say that the father of that nation does any small work. There are many who do not want to give the identity of their father. While in college, Fauzia mam was telling a story in class one day, that story was not fictional. He said that fulfilling the desires of the son is like the job of the parents. The boy hacked his father to death because he could not afford to buy a motorcycle.

Have you forgotten about Oishee? What was his lack? Killed his parents ruthlessly.

However, the court has made arrangements for Oishee's place of punishment. It did not end there. The child hit the mother with a knife because the mother did not pay. Usually we say society, children get education from family. So who is responsible for forming this violent society? Does anyone have an answer? An inhuman who can do nothing for his family, society. So what will you do for the state?That's not all,
An old father sent a letter to his son from the old age home saying, "Father, how are you?" I pray that your child will not be like my child. He wrote this letter with a thousand hardships on his chest.

Luckily once I went to Prayas Old Age Home in Rangpur. The Prayas Old Age Home was built in 2014. When I go there, I see that many people who have worked in big positions have left their parents here. One mother kept calling her son, but he did not answer. He has been here for more than two years. After a few months, the boy came and met. This is the reality that some people keep in the old age home and some people throw them out of the house.. In the words of a few days ago, the old mother was left on the street to be corona. I don't think there was any need for such children to suffer for the rest of their lives.

What will the new generation of our country learn?

From today onwards, we will change our mindset and love our loved ones. Many people do not have this tree called Baba. He understands how hard it is to live in the world because we love our parents on social media. I really love them in real life too. We will never be able to repay the debt they have made for our happiness. But yes, I can do anything to make them smile.Or I buy a rose for 5 rupees and give it as a gift to my mother. And if you can, bring your parents home from the nursing home. Older parents want to play with their grandchildren, spend time talking to them. And yes, proudly introduce your parents.You were established for your parents. Introduce your parents to friends without thinking about what anyone else thinks. Finally, I want to say one thing, nothing can ever be done without the prayers of the parents. So, without hurting those who have brought us up with so much affection, make a commitment to live in peace together.