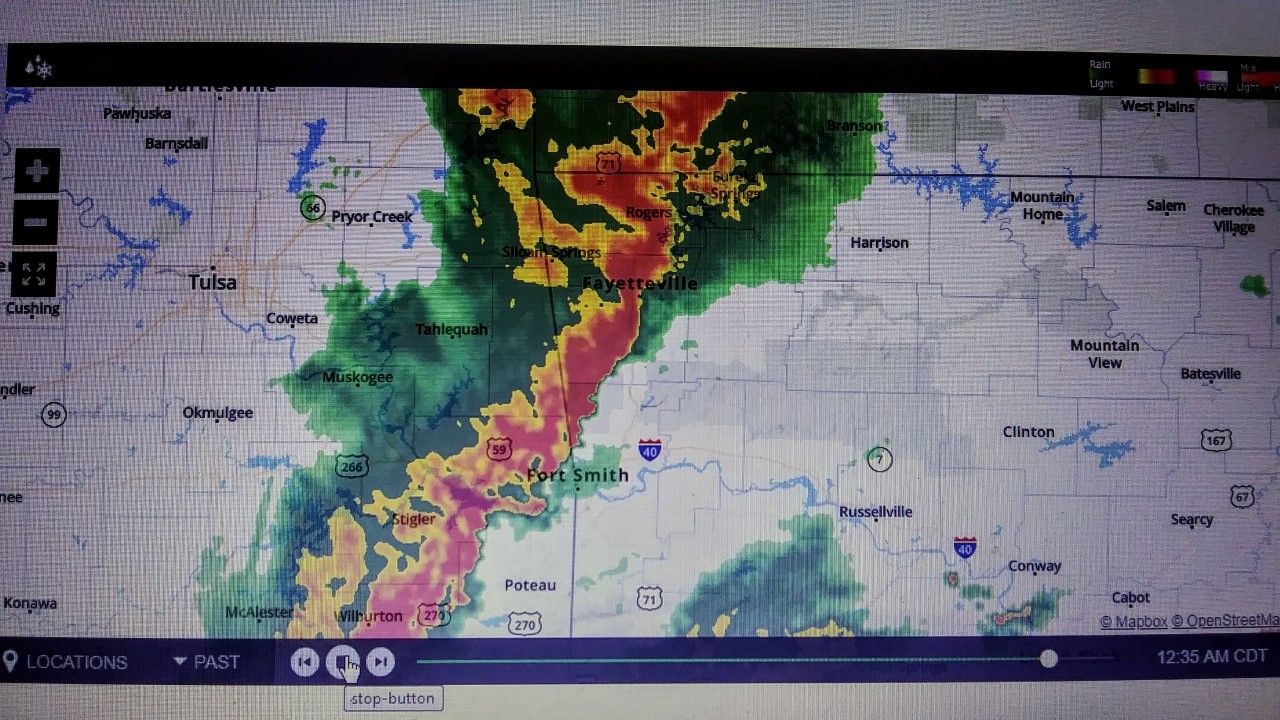 And the thunder rolls... And the lightning strikes...

This is my footage of the huge thunderstorm we had roll in late last night. It was mostly lots of wind and lighting. We had a Tornado Warning till 12:30am. When I thought the storm was dying down we got hit with a HUGE lightning bolt that sounded like a bomb going off. It set off car alarms.

At 4 minutes and 42 seconds we get hit with one really big lightning bolt followed by thunder and it makes me freak out. Then like 40 seconds later, at 5 minutes and 22 seconds, BA-BOOOOOM! We got hit by the BIG ONE that shook the Hell out of me and made the car alarms go off. So fast forward to the good stuff if you want. It woke my neighbor up that lives in the apartment two doors down from me.

Thanks for watching and,

I love thunder storms.. more so when they bring large hail .. Fayetteville was great to work the last time I was there

You might remember the hail storm we had last summer then.
https://goldvoice.club/steem/@hippie-witha-gun/golf-ball-to-billiard-ball-sized-hail-came-down-on-us-last-night

Howdy Rainbow Man! The place was lit up wasn't it! How did the cat handle it?

Howdy again Jonboy. This was the same storm that stretched as far south as Dallas that did all that damage last week. Forth Smith and Siloam Springs both had tornados too. In fact, the tornado that ripped through Siloam Springs was the longest tracked tornado ever recorded in northwest Arkansas. It stayed on the ground as far as Beaver Lake. Zeus handled it quite well. He was hiding under the bathroom sink HA HA.