My latest visit in Saint-Henri, Montreal 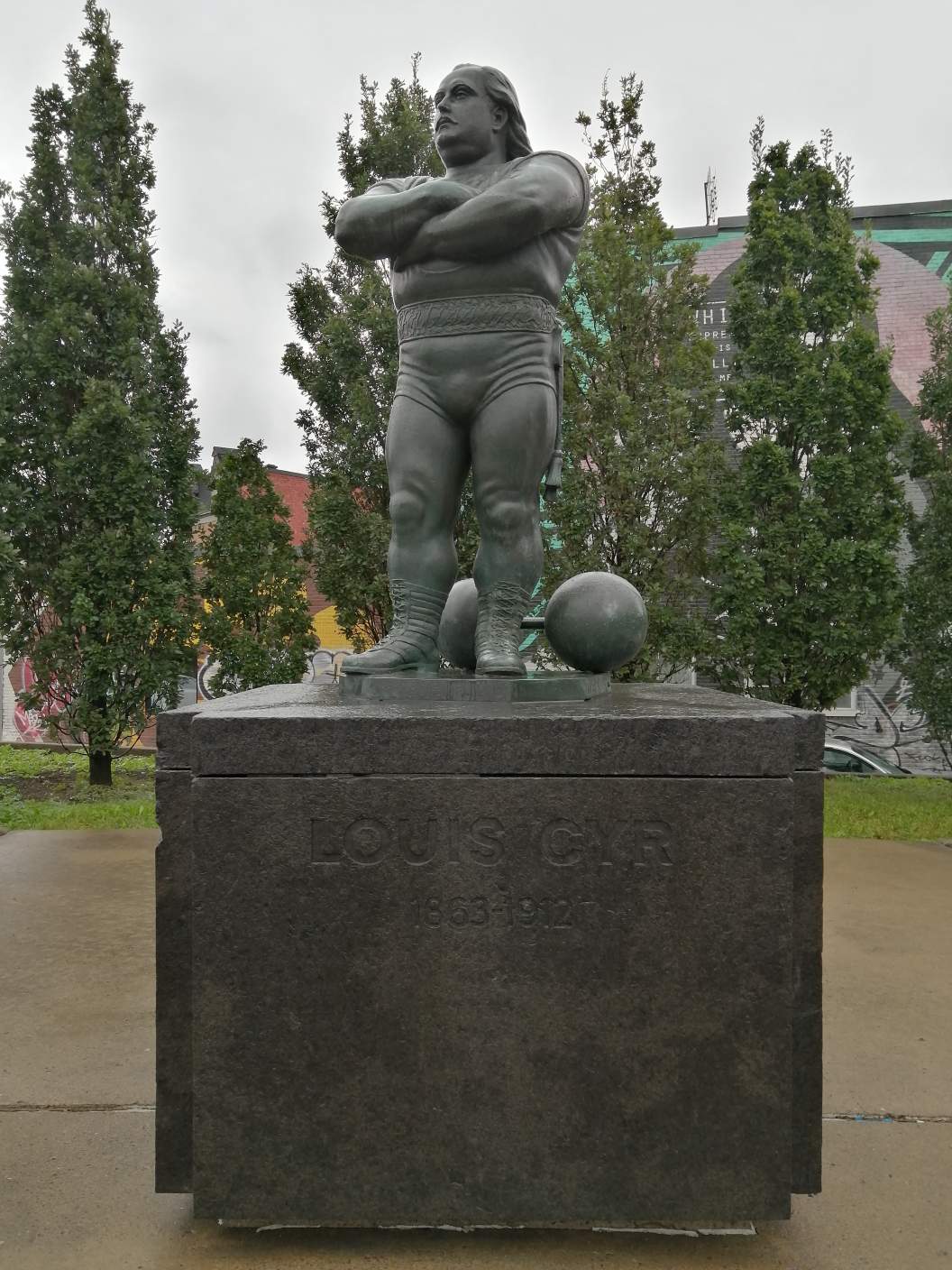 A couple of weeks ago I went with my parents to the Emile Berliner Museum of Sound located in the old RCA Building. Emile Berliner is known for inventing the gramophone and the flat disc record. The Berliner Gramophone Company of Canada Limited used to make gramophone records in this building.

The museum tour went fast, it was still in the middle of the afternoon, so we decided to talk a walk toward the Atwater Market in order to kill some time before dinner.

But before heading east we thought it was a good idea to make a detour to see Louis Cyr, a.k.a. the Canadian Samson, who it is believed has once been labeled the strongest man ever to have lived.

There was a pretty mural behind but its beauty was spoiled by an unfortunate reminder that we live in the decade of identity politics.

And as if I had not seen enough allusion to the collective psychosis mass media has been spreading for the last couple of years, here I was standing in front of two bare naked breast Russian dolls making okay hand gestures. I bet the subsidize legacy media would have fun adding this one to their phantasmagoric narrative.

Fortunately, I finally witnessed what looked like an apolitical painting. But even with this one, I wouldn't be surprised to learn from reading the text that the artist(s) wanted to impose its/their perspective to the viewer, instead of leaving space for individual interpretation. I hope I'm wrong but it seems to me from this small sample that street art has lost its spirit and is not what it used to be, back then when I enjoyed chasing elaborate graffitis.

But some things don't change, such as these historic buildings from the Place Saint-Henri neighbourhood.

All the photos I took on the same day of Les Journées de la culture. The museum was free but rich in entertainment. And for my money, I also enjoyed plenty of mixed culture outside.