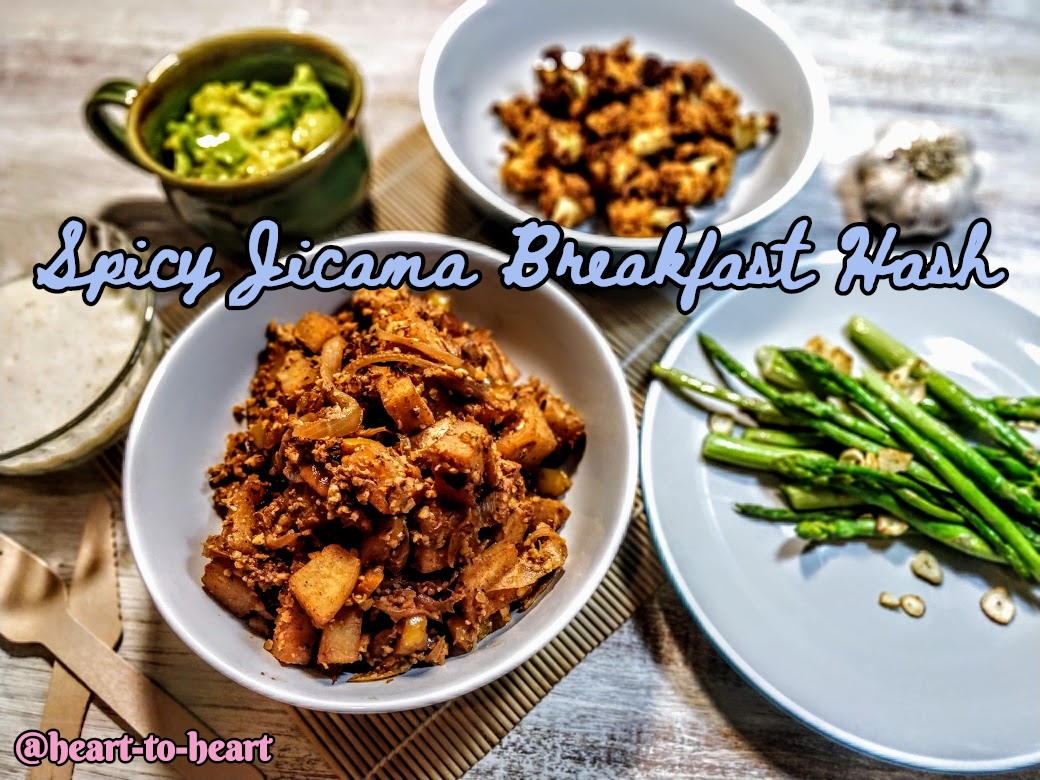 Did someone order a low carb breakfast that's fit for anything from a hangover to an after-gym feast?

Whoop, there it is! The jicama breakfast hash mash, bash! (Because when you're eating something like this, it deserves to be a feast!)

Did you know those russet potatoes (that we eat with everything) are actually prettty loaded with carbs?

The famous russet potatoes have 27.1 grams of carbs per 100 grams.

If you're trying to follow a keto, candida or low carb diet that's just not going to work for you!

So let me introduce to you... the jicama!

That's what a jicama looks like! (It's kind of like a brown paper wrapped super-antioxidant rich pear/potato nutty/ consistency thing going on. It's versatile AF.)

Jicama has only 9 carbs for that same 100 gram serving!

Voila! Now you get to have that meal you're craving without cashing in all those carbs (and don't worry you'll still get the iron and vitamin C from jicama!)

I'm personally avoiding carbs because I'm doing a sugar reset and so for me, this was the perfect meal to satisfy my hungry tummy!

1) Peel the skin from the jicama and slice into whatever shapes you like!
(I like to make mine into little squares)

2) Cut up your bell peppers and onion.
(It's up to you how you want to cut them but I slice mine so I have slices instead of cubes but again, your preference!)

3) Put the onion slices, bell pepper and minced garlic in some coconut oil on medium heat.

5) Reduce heat, add in the veggie broth and cover.

6) Let the mixture simmer for about 10 minutes, stirring occasionally and checking with a fork to see if the jicama is tender.

7) When the jicama is tender and has sucked up your veggie broth, you can stir everything up and serve it with whatever else you're cooking up!

Want to get crazy?
Add some "walnut meat from my lasagna recipe" to kick this recipe into high gear!

Note:
Jicama can be eaten raw so it's not necessary for it to be cooked all the way tender but I like it soft in this recipe.

Want an idea of what to eat this with?

Mine comes topped with "walnut meat" alongside garlic crusted asparagus, smokey cauliflower wings with some guac and ranch to dip them in! 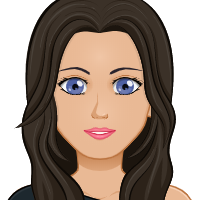 Thank you @priyanarc and @helpiecake! Who doesn't love cake? :) I'm always excited for more people to get to see these healthy recipe ideas!

I just discovered this veggie and have been looking for a recipe! Voila, I knew you would have the answer, this looks amazing :)

Oh that's a perfect synchronicity @birdsinparadise! So happy I could help :) I actually use jicama a lot and will be using it even more so now that I'm off potatoes and sweet potatoes for now and this little guy works as a yummy sub!

Spuds are pretty much my fave, but I love some jicama, too! I was lucky enough to have a client who is originally from Mexico introduce me to it quite a few years ago. I haven't had any in quite a while, but might have to track some down now that you've put it in my mind again. :)