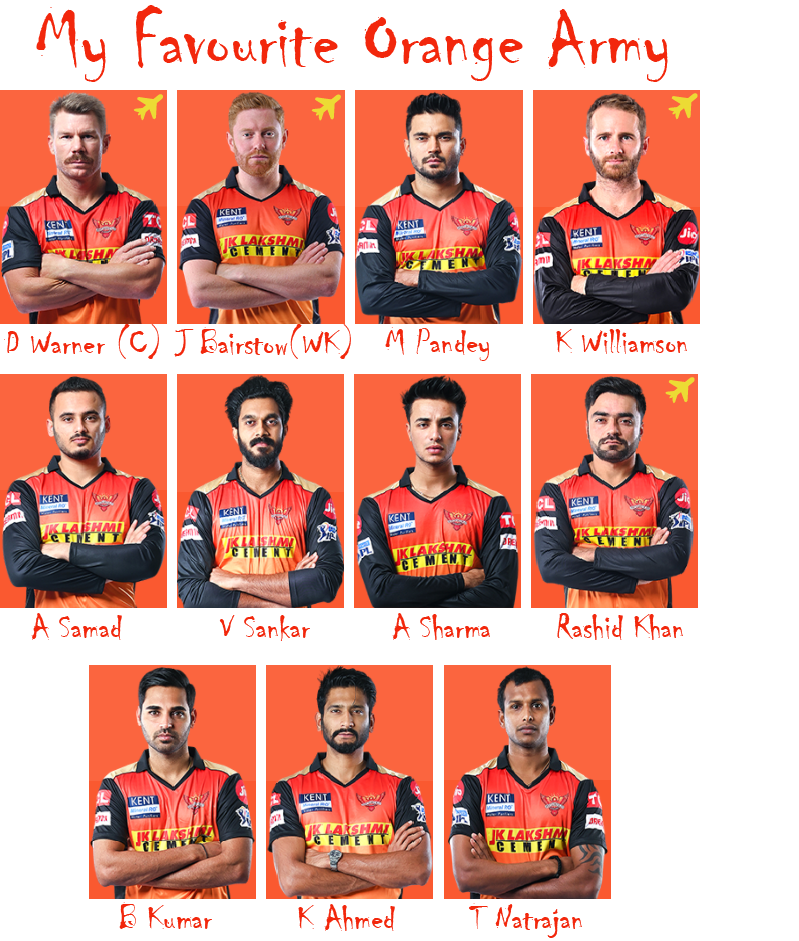 How are you all?
Hope everyone is safe and healthy.

Today I will be discussing why SRH lose three consecutive matches against KKR, RCB and MI, respectively. What do you think, what’s wrong with the team that has been consistently on the playoff list since 2016? They have got all the things such as good openers, stunning spin and fast bowling units to be the champion of the game. But I notice certain drawbacks this year compare to a couple of the last years. I will reveal each drawback of SRH point by point to you to get a glimpse of how SRH is not going to be on the playoff list this year if they lose 3 more games from now.

1. Inconsistent 11
After three games, SRH still could not have found their final eleven for this year. In all the three matches they had played at the same venue, they had different eleven, which is a pathetic idea because changing the final 11 won’t help them win the game. Learn from MI, they try to play with the same eleven mostly.

3. No experienced player in the middle order
I don’t know why SRH didn’t buy any such player who can just hit the ball like hell in a crucial time. what had bothered them to buy a quality player in the last auction? You can’t win matches without solid middle order. The opener can give you a good start but it's middle-order batting who decide the result of the match. they should include Kane Williamson in the middle order who is quite mature in this game and can win at least 4 to 5 games in a season, single-handedly, especially in low scoring matches where the skill of the batsman is tested. I think Manish Pandey, Kane Williamson, Abdul Samad, Vijay Sankar, Abhishek Sharma, and Rashid Khan would be a good combination in the middle order at 3,4,5,6, and 7th position respectively.

4. Spin Bowling
Rashid khan has been the pillar of the SRH spin department. If you see at the success of SRH, you will find an impeccable contribution from Rashid khan every year. Young Left-arm orthodox Abhishek Sharma should get a consistent chance to prove himself and for doing that, SRH must put some faith in him.

5. Fast Bowling:
I believe, SRH has the best fast bowling unit after MI Paltan, they have the master of swing bowling Bhavneshwar Kumar, Khaleel Ahmed and death over yorker specialist T Natrajan. They also have Right-arm medium pacer Vijay Sankar who can bowl sometimes accordingly.

6. Final Verdict
If you see at the team, the opening pair, fast and spin Bowling units have never been a headache for the SRH. They truly sick help in the middle order who can pull off the game from the opposition. I think Williamson should get way into 11 and I wish everything will be shorted in meantime.