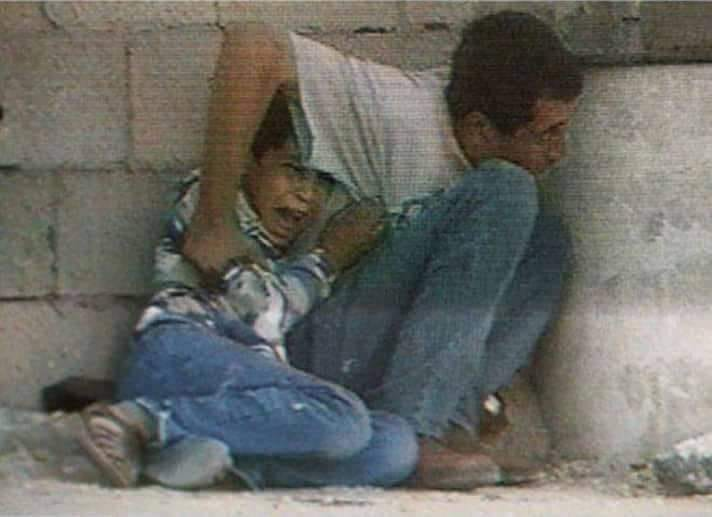 He was twelve and I was nine.

I was at home amongst my family,
He was in the streets of Gaza
Amongst the bullets and the bombs.

I was sitting watching the TV
He was sitting behind some concrete
Hiding from soldiers targeting him.

My father tried to prevent me from watching,
His father tried to shield him from his destiny
To take the bullets in his place.
He took a dozen but missed one bullet,
The one that killed the little child
In front of my eyes and those of the world.

I'm doing my best with all that I have.
He's an annual reminder that life is unfair.
The thirtieth of September will always remind me
That humans can be cruel and get away with it,
That there's a cause we all left behind
How could we ignore or forget Palestine?

This poem moves me so.
I am fortunate not to have lived through war.
But I am afraid of the true cost of this so called peace...

Do you know that you can earn NEOXAG tokens as passive income by delegating to @neoxiancityvb. Here are some handy links for delegations: 100SP, 250SP, 500SP, 1000SP. Read more about the bot in this post. Note: The liquid neoxag reward of this comment will be burned and stake will be use for curation.