Rila, a sacred hideaway in the Bulgarian mountains 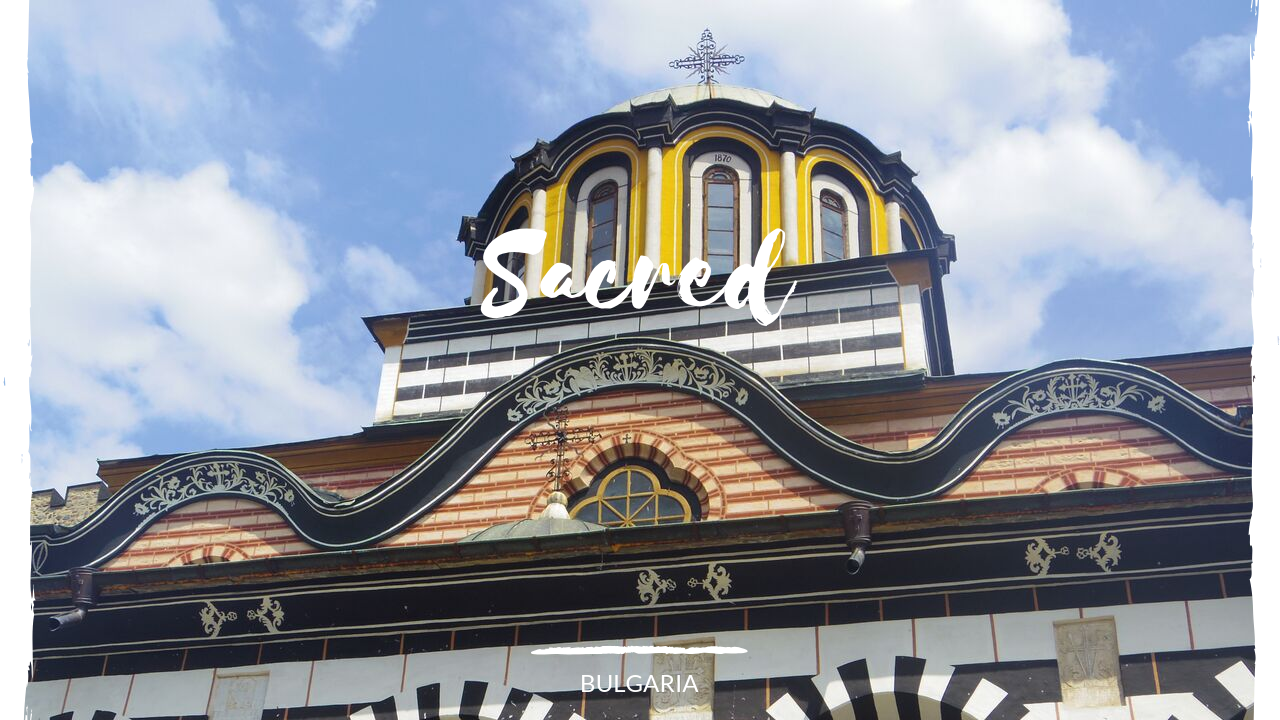 I hadn’tt decided to visi Bulgaria on a whim. Insttead, I had been invitedto one of my best friend’s wedding and I knew I only had a couple days to actually visit the country. There were very few places I wanted to visit above all others since, in reality, there were very few images in my mind about Bulgaria. I loosely pictured mountains, forests and churches but that was about it. Incidentally, that was the very definition of the Rila Monastery.

Digging further into Bulgaria’s major landmarks, the names of famous seaside resorts along the Black Sea had popped out every now and then but the name of the Rila Monastery had popped out every single time. It had to be a very special place for every guidebook and every blog to advertise it so much, I thought, so my gregarious instinct took over and it eventually topped my list of places to visit. That was, until I realized it was located two hours and a half away from Sofia by bus.

Travelling long distance wasn’t a big deal but spending most of the day sitting in a bus to merely enjoy a couple hours at the actual monastery seemed a bit frustrating. It felt especially so since the one and only daily bus would depart at 10AM from Sofia, arrive in Rila at around 12 :30PM and then go back at 3PM. I understood now why most people were spending the night in the vicinity of the monastery to enjoy a hike in the surrounding mountains. Unfortunately, I couldn’t afford this luxury.

Yet, the pictures I had seen were so daunting, the monastery looked so fascinating with its brightly painted frescoes that I felt like I would regret not taking this chance. So there I was, riding a cab to the outskirts of Sofia where the bus station to Rila was located, because of course the bus station couldn’t be right in the middle of the city and this day trip had to be the most tedious it could be.

Tedious it proved to be, even though the comfy seats and lush landscape through the window partly redeemed the trip. The bus stopped first in the village of Rila and stood there for about twenty minutes before hitting the road again. The forests surrounding us got thicker as we got closer to the monastery and the line of cars parked on the side of the road got longer until we eventually arrived in front of the gates of the Rila monastery.

The gates were going under some renovation, which made me dread that the monastery itself would be covered in scaffolding. Yet, my apprehension lifted as soon as I stepped into the monastery or should I say, into the compound. Indeed, Rila was much more than just one more building. It was actually more akin to a full-scale spiritual retreat, something I had not grabbed on the pictures I had seen so far.

The main church, which had become Rila’s forefront and even appeared on the reverse of the 1 lev banknote, was just one part of a whole. It was the most eye-catching for sure but the magic of the place lied in its mystical atmosphere. The air was a bit chilly even in the heart of summer and the clouds piling up above my head underlined the menacing aspect of the looming mountains in the background, contrasting with the clear skies I had left back in Sofia. Mist came and went and so did scarce rays of sunlight, casting an enigmatic and almost esoteric light onto the scenery, as if the place were truly remote from our earthly world.

Despite undergoing many stages of construction throughout the years, the monastery stood out as architecturally uniform in its colors, in the homogeneous shape of its residential complex that acted as a set of walls enclosing the monastery like a fortress, in the dimensions of its main church. It pervaded a sense of higher purpose that made me understand why Rila had been the epicenter of Bulgarian cultural and religious life for so many centuries.

For the history of the Rila monastery went back hundreds of years. Legend had it that the monastery had been founded by St Ivan of Rila, who lived as a hermit in a cave not far from the the site while his students were actively building the structure of the monastery. In time, Rila had become a spiritual place held in high regard by all Bulgarian rulers and as such, had been reconstructed and expanded by a feudal lord call Hrelyu, adding the so-called Hrelyu tower as well as a small church. Rila had reached its peak influence during the 14th century, up until the Ottoman conquest.

With such long-rooted history, it came to me as a surprise to learn that Rila’s main church had only been built in the 19th century, during the time of the Bulgarian National Revival that saw the monastery burn to the ground and get reconstructed in an even more compelling way than before. Sure, the frescoes covering the church were giving that off a bit, being a tad too gaudy to date back from the early years of the monastery. They had actually been finished in 1846 but what they lacked in old age, they made up for in literally everything else.

The premises of the monastery, as majestic as they were, couldn’t have been better complemented by the tremendous work of the many masters who had dedicated their art to the church. On all sides were frescoes so vivid they could have been painted the day before. With a dominance of blue and yellow, the frescoes caught the eye from afar but they only delivered on all their details, intricacy and ornament from up-close.

Each of them was telling a story, the story of saints fighting evil, the story of the monastery itself. Beyond those stories was just a tale of unearthly beauty that made me lift my head up and down until I got dizzy. I tried to capture every tiny detail with my camera, striving to pay justice to an artistry so dazzling that I knew I could never praise it enough with words.

My camera was no use within the church though since taking pictures was forbidden. It felt like a pity for the inside of the church was even more grandiose than the outside, if even possible, but I realized that some places were not meant to ooze the same appeal on pictures and in reality. I figured I would just have to settle on taking back with me some proverbial « mental snapshots».

The ban on camera frustrated me a bit more in the small museums that were located on the ground floor of the monastery’s residential areas. I definitely would have enjoyed capturing on still picture the level of intricacy on the religious outfits and the carved wooden crosses on display, including the mesmerizing Rafail’s cross. In truth, Google showed me later on that some visitors had not complied to the ban so I knew where to go to get a reminder.

The clock was ticking and eventually, it was time to go back to Sofia. I rushed to buy a snack at an overcrowded booth selling mekitsa, a Bulgarian type of fried bread, and then walked across the monastery one last time, rushing then again to capture some last pictures on camera and in my memory. The remaining two hours and a half went by in a flash, mostly because I slept the entire time. When I came back to Sofia anyway, I didn't regret my day trip in the slightest.

never been to Bulgaria so thanks for the peek!

Hiya, @choogirl here, just swinging by to let you know that this post made into our Top 3 in Daily Travel Digest #635.

Nice post. But If you allow me, I have a recommendation.
This post contains a lot of terms and words that could be difficult to be understood by foreign English learners.
So would you please make a list for key and difficult words with their brief descriptions.

Thanks for your comment and for your valuable feedback. We'll be careful in our next posts and try not to use too many complicated words.

I appreciate that. Thank you.