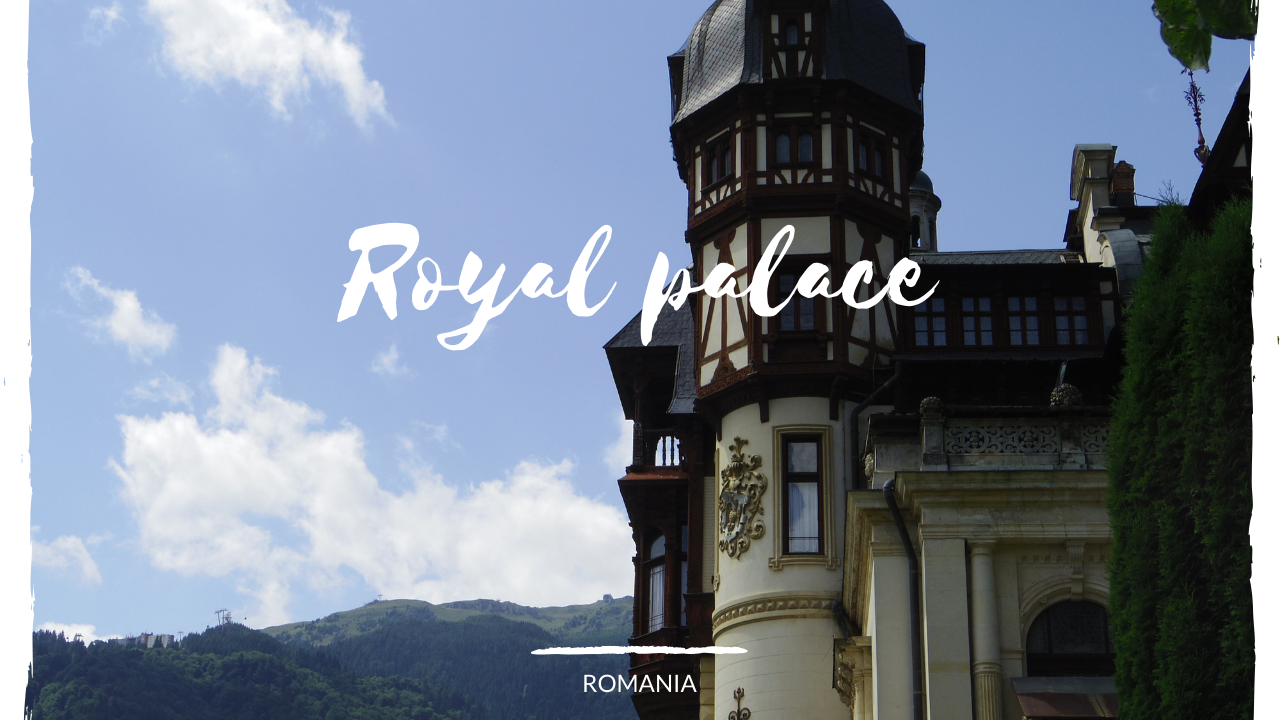 The Peleș Castle was only supposed to be a quick stopover on our way from Bucharest to the city of Brașov. It only took a short detour from our route as the castle stood near the city of Sinaia, a city we would have to drive through to get to the heart of Transylvania. The royal palace in itself was a nice place to take a break but we hadn’t set our expectations very high and were much more eagerly looking forward to visiting the world famous Dracula’s Castle.

The trip to get to Peleș didn’t prove us wrong. Traffic was fluid from Bucharest up until it wasn’t anymore and we learned from experience how painstaking driving in Romania could be. The only road leading to Sinaia was a one-way line winding through the mountains, as packed as it could be. As far as scenery was concerned, we were gifted with picturesque views of deep forests and rugged mountains and the truth was, we had plenty of time to enjoy it due to massive traffic jams.

It seemed at first that everyone was going to Brasov but as we left the main road to head to our destination, there was a long line of cars ahead of us. We could tell this would be a busy Sunday out there and this feeling only got aggravated by the packed parking lot and long line of people walking up the paved pathway leading to the building, mostly local families and groups of children.

By the looks of the crowd, the Peleș castle seemed high on every Romanian’s bucket list and we could understand why as soon as we saw it, which wasn’t until we were worthy though. The parking lot was located below the actual building and we first had to walk a steep pathway across the forest until we managed to get a glimpse of the castle, bit by bit.

What struck us first was the majesty of the landscape. The castle was nestled at the foot of the Bucegi Mountains, whose rugged crests we could see in the horizon, and it was surrounded by seemingly impenetrable pine tree woods. The scenery was even more daunting as we climbed up the castle’s terrace overlooking the untouched nature stretching out miles and miles away.

In front of us were carpets of wild flowers, on our right were the round shapes of the untouched Bucegi mountains, entirely covered in lush trees, and behind us was a fairy tale castle, all coming together to complement each other, all looking straight out of a fantasized vision of Transylvania, menacing clouds included.

There was no wonder why King Carol had picked up this exact spot to build his summer residence in 1873 as this was exactly where a dream castle should be, and dreamy it was. Set as a striking example of German new-Renaissance architecture, the castle seemed a bit all over the place on the outside, drawing influences from many architectural styles and blending romantic painting walls with Gothic towers and carved woods. Yet, all these contrasting styles looked perfectly balanced when looking at the castle as a whole.

The inside of the castle was even more confusing and yet, we instantly fell in love with it. The exact sensation we had was one of coziness. In fact, the inside of the castle was so cozy that we had to wrap our feet in plastic bags before we entered the premises, as if we were entering our grandma’s living room wearing comfy slippers. The abundance of carved woods and smooth rugs certainly was one of the reasons we felt such intimacy within the castle’s walls, as if we were visiting a very lavish mountain cabin.

No amount of refinement had been spared on the castle’s decoration, showcasing the very best of European art from Murano crystal chandeliers to romantic Art Nouveau paintings by such renowned artists as Gustav Klimt and Franz Matsch, Cordoba leather-covered walls to Sèvres porcelain. Built in the late 19th century, Peleș had been the first castle to have electricity, central heat, hot and cold water and even a small elevator. Everything was already in place for us to move in, except for the massive crowds of tourists perhaps.

We moved on with our visit from one luxurious room to the other, following the footsteps of our compulsory guide, as Peleș couldn’t be discovered on a self-visit. The inside of the castle actually couldn’t be photographed either, unless we paid a substantial fee for it, which of course no one did. Our guide for the day was complacent enough but that wasn’t the case with the employees keeping watch of some of the rooms. In these rooms, it seemed virtually everyone was playing a game of hide and seek, snapping pictures on the low. Luckily, this ban on pictures stopped applying as soon as we set foot back on the outside and we took photos to our heart’s content, freed of the fear of being scolded by a stern guard.

Our visit wasn’t over yet though as another castle was standing near Peleș. It was the Pelișor castle, ordered by King Carol once again but built in the early 20th century as residence for his nephew and heir, future King Ferdinand. This other palace was not so distant from the main residence and yet, it felt significantly less crowded when we got there. Perhaps the way leading to it through the woods was not eye-catching enough or perhaps this building was disregarded as less magnificent than its predecessor.

On the outside, Pelișor was indeed less compelling. It had been built on a smaller scale and was more of a big mansion than a palace. The inside also felt simpler, less ostentatious. However, the castle displayed incredible pieces of art. Designed by Czech artist Karel Liman, it was all about Art Nouveau style, from furniture to interior decorations. Queen Marie, King Ferdinand’s wife and therefore Queen of Romania, had been passionate about Art Nouveau to the point that she had created a new style by adding Celtic and Byzantine elements. As a result, the inside of Pelișor felt aesthetically pleasing in a unique way.

Then again, pictures were banned though and that ban was applied more rigidly than it was next door. Yet, we had our camera firmly in hand when we left the building, started walking back to our car and suddenly paused to make eye-contact with a massive dog on the other side of the building. It looked so much like a wolf that our imagination ran wild for a second, bolstered by the many Transylvanian tales and legends that were etched in our memories.

The dog was just a dog though and no werewolf was in sight but stopping in Peleș had truly been a Transylvanian tale come to life.

We are continuously working on improving TravelFeed, recently we introduced new content tiles that make discovering awesome destinations and topics even easier.

This post has been appreciated and featured in daily quality content rewards. Keep up the good work.

It truly is and we were really interested in learning more about the castle’s history since it also helps learning a lot about Romania history itself.
Thank you very much for your comment and for your support, we’re glad you’ve appreciated this post! :)

Hiya, @LivingUKTaiwan here, just swinging by to let you know that this post made into our Top 3 in Daily Travel Digest #661.

Oh my! This is soooooo pretty! I love this kinda place and sure would love to visit and see it with my own eyes if I will ever have a chance.

Thanks for your comment.
This place is even prettier when you see it for real haha!! It was definitely one of the highlights of our trip and one of the most beautiful castles we’ve ever seen!
Hopefully you’ll get the chance to visit some day and it sure is worth travelling to Romania to see this gem. :)