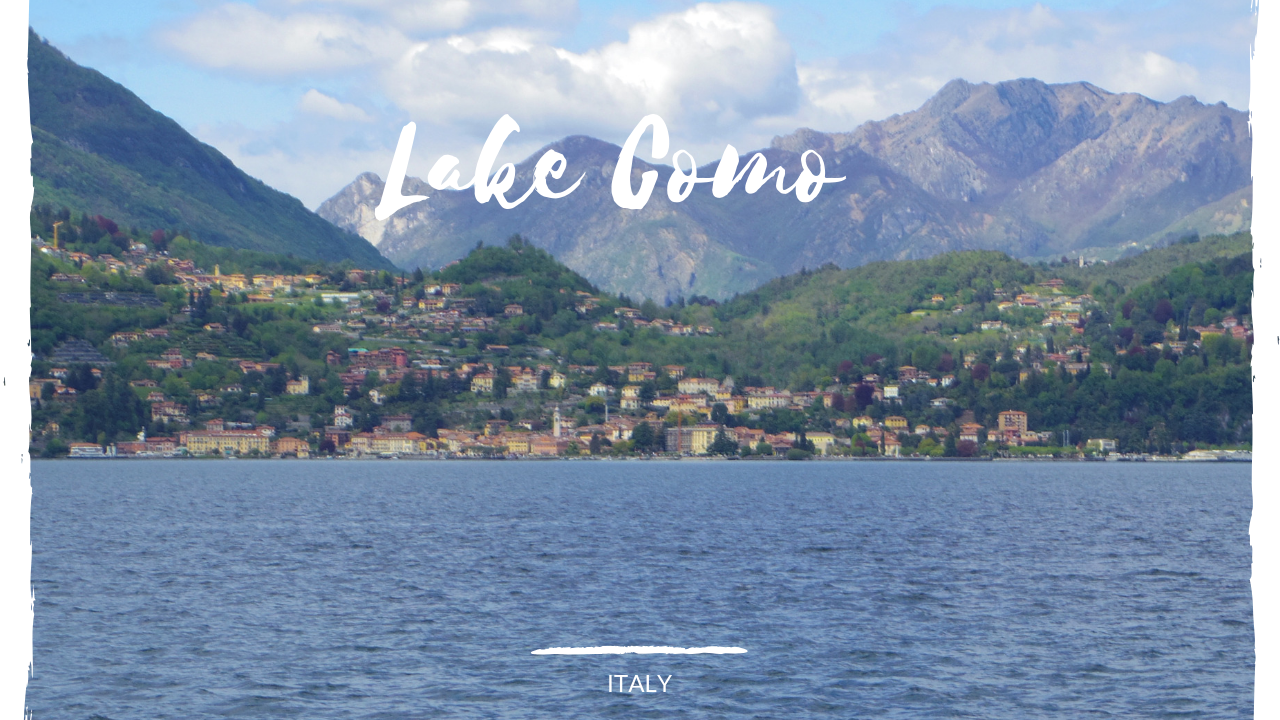 Where could we go on a three-day long week-end that would feel like a nice change of scenery without going too far? Cheap flights and the prospect of delicious food convinced us that Milan would be the perfect contender. We therefore started our research, digging into the best places to see in the city, until we discovered that the surroundings of the capital of Lombardy were full of promises too.

It seemed a bit of a stretch to visit Milan and plan a day trip away from the city, considering we only had two full days there. But the further we looked into it, the more tempting it got. Indeed, gorgeous Lake Como and its quaint villages scattered on the surrounding mountains turned out to be a mere train ride away and it sure looked too beautiful to resist.

So it was settled. We visited Milan’s top sights on our first day and then set the clock early on the next day to catch a morning train to the town of Varenna, which seemed like a convenient entry point to Lake Como. The ride took about two hours to get to our destination and that trip only could have entirely justified our endeavour.

The closer we got to the lake, the more spectacular the landscape got. However, the crux was waiting for us in Varenna. As soon as we stepped out of the train station, we discovered a backdrop that hinted at how close we actually were to Switzerland. It was Switzerland with a quintessential Italian touch though.

Snow-capped mountains were looming over in the background while strolling through narrow cobbled streets revealed the colourful façades of medieval houses, hidden balconies and enticing stairways leading from the upper part of the town to the banks of the lake.

Before we delved into that part of the town, we decided to get closer to the lake to better capture the magical scenery of compelling mountains, charming villages scattered in the horizon and the calm waters of a lake as vast as a sea, all coming together to showcase the harmony of raw nature and human-made environment.

Near the ferry pier, we discovered a promenade boardwalk along the lake that led to the lower part of the city, built just above the water level. As we walked past the stone wall of a garden, we were stunned by yet another brilliant perspective onto the city. It seemed we had now teleported to a village in the Cinque Terra. Had it been warmer, we would have jumped straight into the deep blue waters of the lake but instead, we kept walking underneath the antique arcades leading deeper into the heart of Varenna.

We left the lake behind us at some point to walk up to the upper part of the city once more, where stood the Church of San Giorgio and its elegant steeple. That part of Varenna didn’t seem to attract nearly as many people as we had seen so far and we soaked in its genuine atmosphere before heading back to the ferry pier, ready to ride on a boat to the iconic city of Bellagio.

Suffice to say that, the moment we set foot in Bellagio, we instantly missed the crowds back in Varenna. Sure, the town we had just left was touristy but it was nothing comparing to the packed lakefront promenade we were now laying eyes upon. Bells of a nearby church had ringed noon not so long ago, and we were visiting on a Saturday, so it was fair to say we had not been too wise about the timing of our visit. Plus, we could wish we’d have the city to ourselves all we wanted but we were just another couple of tourists joining in the crowd. The irony of tourists complaining about other tourists was not lost on us.

Yet, it didn’t mean that we had to strictly follow the herds. It was obvious that eating out on the lakefront promenade would be costly and perhaps not on point food wise. Therefore, we went straight up a steep street, trying to find a somewhat local place to eat, even though that sounded like wishful thinking.

Eventually, we found an unpretentious-looking trattoria with a limited yet appealing menu. The Trattoria San Giacomo wasn’t a hidden gem and we were not the only tourists hanging around but there were some Italians eating there, which we interpreted as a good sign. Last but not least, their osso bucco melted in the mouth, which was all that mattered in the end.

Surprisingly enough, we discovered that the restaurant was located by the end of Bellagio’s most picturesque, and therefore most photographed, street. The Salita Serbelloni was the Instagram spot of Bellagio. A sign hanging off a bracket said “Glamour” made no secret of that. Wine leaves were running wild on ancient stone walls while the colours on the façade of the houses lined up on both side of the street were toggling between yellow and rust orange, all colours enhanced by the lavish mountains in the back.

Down the street and onto the right, a quieter street led to the remarkable bell tower of Bellagio, one that made the city instantly recognizable from afar. Its architecture reminded us of the pictures we had seen of Tuscany, pointing out that we hadn’t left Italy yet. That and the gelato we grabbed on our way to the second iconic spot in Bellagio, the Villa Melzi gardens.

The 19th-century Villa Melzi was beautiful but its major asset, one for which tourists like us were willing to pay 6,5€ each, was definitely its terraced gardens. Spread out on the shores of Lake Como, the gardens showcased once more the exquisite balance between natural beauty and a carefully designed human creation.

When looking at the lake, we could have sworn we had switched countries again and reached Patagonia. When strolling further in the gardens, we could soak in the scent of azaleas and rhododendrons and admire the well thought-out layout of the sculptures on display.

Our ride back was clearly not as well thought-out. What could have been an easy trip back to Varenna turned out into a two-hour long boat ride to Como, which we spent sitting on the floor as there was no seat available. Then, we took another train from Como to Milan and finally arrived before nightfall. Lake Como was worth the struggle anyhow!

Hiya, @itchyfeetdonica here, just swinging by to let you know that this post made into our Top 3 in Daily Travel Digest #584.

Congratulations on being voted among the Top three in the steemitworldmap Travel Digest! Thanks for taking us on that trip to lake Cumo. My favorite image that first alley picture! It is stunning!

Thank you for your comment. :) We’re glad you’ve enjoyed the article as well as the pictures. These alley ways in Varenne we’re really picturesque indeed!

A place I have had the good fortune of visiting twice, your lovely descriptive writing, along with gorgeous photography took me back in time to enjoy once again @haydae.

Thanks for your kind words. :) We’re happy this article brought back some memories of your trips to this amazing place and allowed you to enjoy it all over again.

Congratulations! Your high-quality travel content was selected by @travelfeed curator @smeralda and earned you a reward, in form of a 100% upvote and a resteem. Your work really stands out! Your article now has a chance to get featured under the appropriate daily topic on our TravelFeed blog.
Thank you for being part of the TravelFeed community!

What a lovely spot you got yourself to @haydae, even with crowds and some travel woes. Sitting on the floor of a boat does not seem enjoyable!

I did not expect the mountains to look so rugged. As you say, it does seem to look a bit like Patagonia in the shot with the boats.

I love the cathedral photo with the lion and the food looks amazing. Thank you for taking us along on your trip :)

This trip had its up and downs, like sitting on the floor indeed, but it’s part of what makes it memorable, along with the beauty of the place of course.

We didn’t expect the lake to be so wild, as you’ve mentioned, but it was a really pleasant surprise and showed us a side of Italy we did not expect.

The food was truly great and the cathedral back in Milan was one of the best we’ve seen, especially at dusk.

Well, it was our pleasure taking you along this trip. :)