A journey to the Ikara Flinders Ranges Park 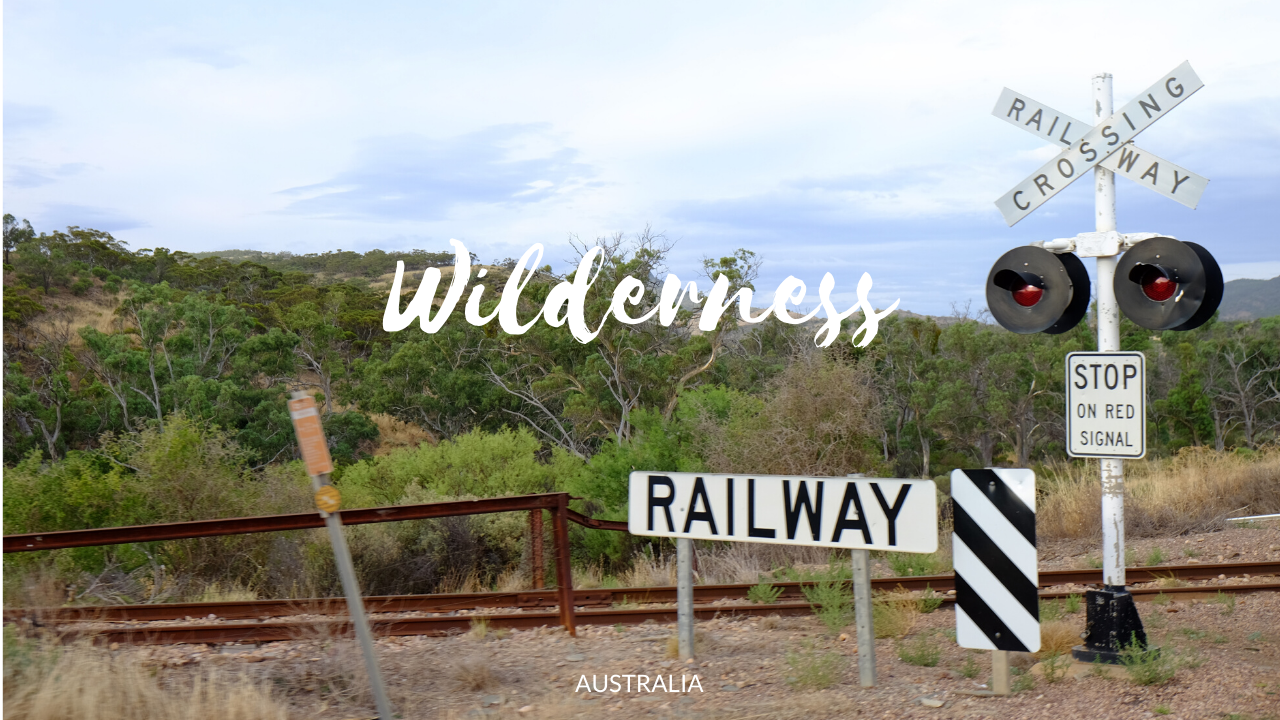 Yet, Port Augusta was no match for the vast wilderness of the outback and the awe-inspiring landscapes we had seen so far. From the last frontier of the Top End and its powerful waterfalls to the monumental Ayers Rock and the eerie desert surrounding the odd mining town of Coober Pedy, Australia was too full of epic scenery for us to linger too long in a relatively mundane town so we decided to head north, onto the Ikara Flinders Ranges National Park.

Rugged mountains in the background soon replaced supermarkets and residential areas but night was falling onto us and we had to pull over before we were able to explore the area at length. We were lucky enough to find a parking lot where to spend the night, although our arrival was met with some inquisitive stares by the German backpackers who had already taken over the place. Escaping their scrutiny, we wandered on foot for a while, simply enjoying the magic of the wilderness at dusk.

The first ray of sunlight woke us up the next morning and we hastily hit the road again, begging no farewell to our neighbors for the night. Before we reached our destination, we found out there were multiple interesting stopovers on our way, the first one being the small town of Quorn. So small that we felt it was almost inhabited at first. Maybe was it because we arrived so early in the morning or maybe was it because it was the early days of January but we didn’t see a soul, except for a couple of kangaroos who seemed to be keeping an eye out for any potential trespasser.

The kangaroos didn’t ban us entry, fortunately, and we started taking a walk inside what was apparently the “Capital of the Flinders”, or so the town called itself. In truth, despite this slightly pompous name, Quorn could indeed pride itself in being an important historic town in the area. It had started as a key rail head, we could tell by the remnants of its old railway station, and had developed into a town full of historic buildings, such as the Town Hall and the Old Bank of South Australia.

Quorn was no longer as attractive as it had been in the 19th century, and no longer as economically active either, but it boasted a certain nostalgic charm, an old elegance. It was no wonder why several movies had been shot here too, such as Wolf Creek and Gallipoli, as we already felt like walking into a movie set that was frozen in time.

We eventually surrendered to the call of the road nonetheless but it wasn’t long until we stopped once again. We had entered an even more silent and dry territory, only surrounded by yellow tall grassland and bare mountains, a landscape that somehow reminded me of the lands of Rohan in the Lord of the Rings. In the books, Rohan was described as a “sea of grass” and this depiction hit the mark.

In this sea of grass stood a lonely house, without a roof or windows, without a door either, only four depleted brick walls. There was nothing special about this house, austere and sullen as it was, but we felt compelled to stop and enter it. Literally built in the middle of nowhere, it somehow told a story that we wanted to be part of, even for just a moment. We paused and imagined the life of the settlers who had decided to come up here and start anew, maybe a family or a young couple, and who had to give up eventually in the face of the harsh weather and bleak living conditions. Or maybe was it a less romantic story, that of a convict who had escaped jail and built this tiny shack. My imagination started running wild and Hedi had to snap me out of my daydreaming to come back down to earth.

Leaving my fictional settlers behind, I got back to the wheel and drove for a bit more than an hour until we arrived to the Ikara Flinders Ranges National Park. There again, we were welcomed by a kangaroo, who froze and stared at us before jumping his way out.

The park was divided into several walking trails, including the Wangarra Lookouts which overlooked the natural amphitheater of mountains of the Wilpena Pound. The trail winded through the wild semi-arid area and the pine tree forests of the park.

Flat and easy even for hikers such as us, meaning pretty out of shape, the trail was a pleasant walk that allowed us to witness several animals in their natural habitat and especially a wide array of bird species but also wild goats. We only met a handful of hikers and would have walked in a bubble of uninterrupted peace and quiet if not for the screeching of cockatoos every now and then.

Past the Hills Homestead Farm, the pathway got steep and uneven but we stood our ground and eventually got to the lookout where we were able to embrace a swiping view over the inside of the Wilpena Pound. Right after the farm, we had seen an Adnyamathanha sculpture, reminding us of the traditional owners of the land, who had coined the name Ikara, the traditional name of Wilpena Pound, meaning “meeting place”. Whichever its name was, the landscape gave us pause and we sat in silence on a flight of natural stairs for a while just to soak in its beauty.

Our day was over but the Ikara Flinders Ranges area still had a lot to offer. We went on to explore it a bit further and headed towards the Alligator Gorge within the Mt Remarkable National Park. The experience started out roughly as the road leading to the parking lot was a mountainous, winding road where one misstep would mean plummeting into the deep. We were sweating buckets all along, both driver and passenger, but eventually made it safe and sound.

Back on our two feet, we went down the path to the ill-named Alligator Gorge. To our relief, the hike was simple and luckily, no alligator had ever been spotted in the gorge so we could enjoy our walk with our minds free of worry. The landscape here was completely different from what we had seen so far in the park and the ocre jagged slabs of rocks reminded us of the desert rock formations of the northern part of Australia. Some rocks even looked like they had been put together by human hands, interlocked like a puzzle.

As deep as it was, the gorge was still full of wildlife and lush vegetation. It wasn’t a succession of similar-looking landscapes either as we walked across narrow pathways and then onto rocky terraces. The Alligator Gorge was the last place we explored in the Flinders Ranges though as we had decided to head towards the southern tip of South Australia. Yet, this journey had offered us a mix of experiences, some unexpected, some peculiar, that stuck with us and made us eventually look back at our time in the area as one of our best memories in the country.

Congratulations! Your high-quality travel content was selected by @travelfeed curator @worldcapture and earned you a partial upvote. We love your hard work and hope to encourage you to continue to publish strong travel-related content.
Thank you for being part of the TravelFeed community!

We are continuously working on improving TravelFeed, recently we enabled Instagram embeds and made improvements to our EasyEditor.

Hiya, @LivingUKTaiwan here, just swinging by to let you know that this post made into our Top 3 in [Daily Travel Digest #727](https://goldvoice.club/steem/@steemitworldmap/travel-digest-727).