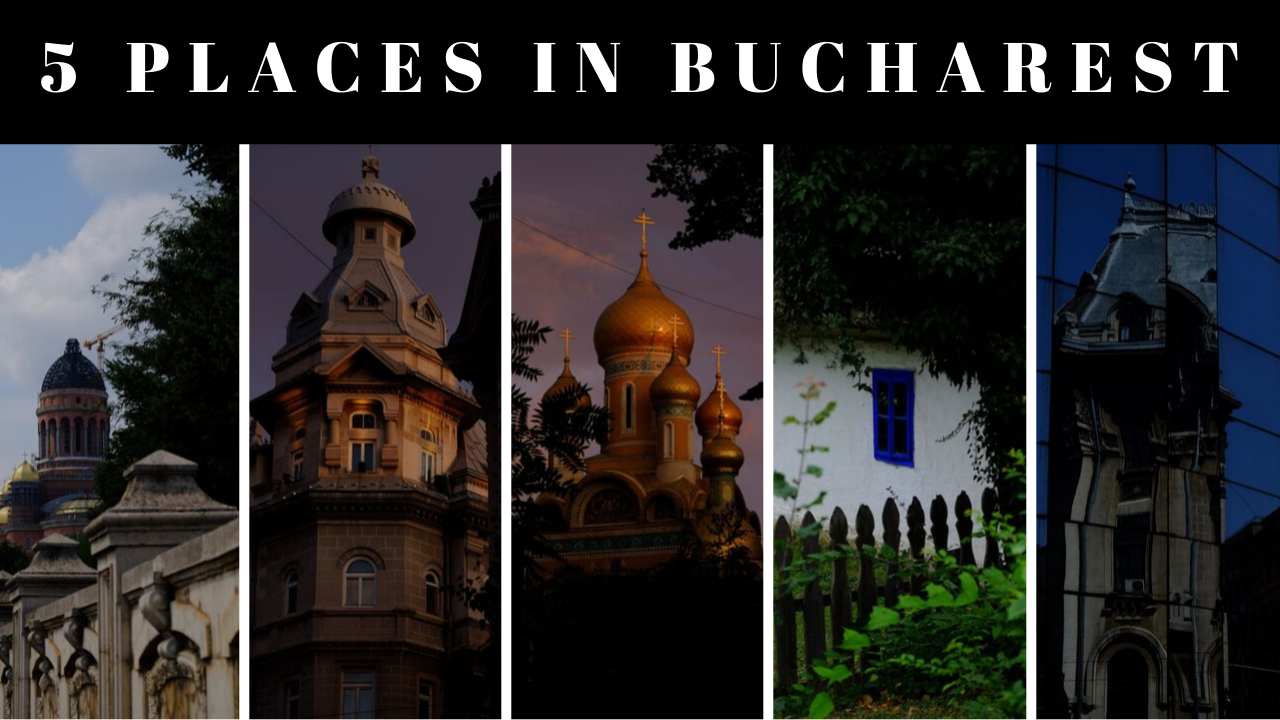 Bucharest is usually the gateway to Romania thanks to its well-connected international airport. For quite a few tourists though, the city seems to be just that, namely a point of entry and not a place to stay on its own right. Yet, the city is the perfect introduction to understand the country, be it from a historical or a cultural point of view.

Called the Little Paris of the east as early as the 1900s, the city sure is reminiscent of the French capital city. It boasts the Arcul de Triumf, a replica of the infamous Arc de Triomphe, and its large avenues are surrounded by restored buildings the likes of which could be found along the Champs Elysées.

However, there’s no denying that this nickname has lost some of its glory over the years. The 20th century wasn’t kind to Romania and it shows in its capital city, which was both impacted by a troubled recent history and by natural disasters.

Bucharest suffered under three consecutive fascist regimes before the rise of the Communist era, as dictator Nicolae Ceaușescu ruled for fifteen years and destroyed most of the historical center, replacing it with so-called Socialist Realist buildings. The old architecture of the city center had also been damaged by the Vrancea earthquake in 1977.

Those hardships didn’t see the end of Bucharest though. In recent years, the city has managed to reclaim its past as much as it has reinvented itself. Nowadays, the streets of the old town are filled with lively cafés, restaurants serving traditional food with a twist and the renovation of old buildings is in full bloom. Museums all across town showcase the history of Romania and the traditions of its people. Old Communist symbols such as the massive Parliament Building have been turned, ironically, into profitable tourist landmarks.

Bucharest is going trendy but it still retains its offbeat atmosphere so now is the time to discover the city and here is our top five places to start your visit.

Also known as Lipscani, a name derived from its main street, Bucharest’s Old Town is the perfect place to stroll aimlessly and get a feel of the city. Contrary to the rest of the capital city and its huge avenues overlooked by even larger buildings, Lipscani is all about quaint paved streets, peaceful old churches and old inns, a historical heritage which was miraculously saved despite troubled times during the past century.

Some of the most remarkable monuments to be seen in the Old Town are the Doamnei Church, a small 17th-century building carved with Oriental motifs, or the Church of Domneasca located in front of the Turkish-inspired caravanserai, the Hanul lui Manuc, which has been turned into a restaurant.

Recently, a large renovation campaign has been launched to restore the area back to its former glory. All in all, the Old Town is the most pedestrian-friendly area in the city and its central location makes it a good starting point to explore Bucharest or just to sit back and relax while sipping a beer at the terrace of a café.

2. Palace of the Parliament

To this day, the Palace sticks out like a sore thumb in the heart of the city and yet, it has become one of Romania’s most prominent tourist landmarks. Commissioned by communist leader Nicolae Ceaușescu, the building was constructed over 13 years, enlisting a team of about 700 architects. It comprises of 1100 rooms, out of which only 400 have been properly completed, eight underground levels and twelve floors. Nowadays, the Palace is home to the two houses of the Romanian Parliament, being the Senate and the Chamber of Deputies.

Visitors can take a guided tour within the building in different European languages, which costs 40 lei in its standard version. The booking can be made on the spot depending on availability but it is advised to book it ahead of your visit, though early booking is only available on the phone 24h prior to the visit by calling the following numbers + 40 733 558 102 or +40 733 558 103.

Romania is primarily a rural country, where the contrast between big cities and villages in the countryside is extremely stark. While cities grow bigger and more global with every passing year, life in the countryside seems like it hasn’t moved an inch for decades. Horse-driven carts aren’t a thing of the past in many rural parts of Romania and the countryside is where ancient traditions are the most vivid. It is also where the diversity of Romanian architecture is at its peak and this is what the Village Museum of Bucharest tries to recreate.

Located in the upper part of the city, inside the green area of the Regele Mihai Park, this open-air ethnographic museum feels like a welcome respite away from the hustle and bustle of the city. The museum was created in 1936 as a means to safekeeping the country’s rural heritage and it only expanded since then, showcasing buildings that were built from scratch but also peasant homes, watermills and churches that were removed from their original location to be rebuilt on site.

Nowadays, the museum displays thousands of traditional items and more than 300 houses, which are organized in different sections according to their native regions.

Located a few minutes away from Lipscani street, the National History Museum of Romania is an interesting place to go to extend a visit to the Old Town and learn more about the country’s history. Housed within a historical monument, the former Post-office Palace, the museum is divided into temporary exhibitions in the main hall and two permanent exhibitions on the lower level.

At the time of our visit, the temporary exhibition focused on Romania’s Saxon heritage and displayed historical items such as church artefacts, traditional pieces of clothing, ancient religious books and painted icons. The permanent exhibitions on the other hand are located near one another on the lower level and display some of Romania’s most precious historical items.

The Historical Treasure showcases more than 3000 unique items such as golden helmets, jewels an weapons spanning thousands of years of Romanian history from the Dacian civilization, a Thracian people believed to be Romanians’ ancestors, to the 19th-century Royal Family. The other permanent exhibition is called the Lapidarium and it showcases a plaster reproduction of the Trajan’s column, a Roman column commemorating Emperor Trajan’s victory in the Dacian wars.

For a former Communist state city to have kept so many churches is a feat in and of itself. Bucharest is literally covered in churches and it seems there is a new one at every street corner. The history of their preservation is an odd yet remarkable one. During the 1980s, as dictator Nicolae Ceaușescu had decided to redesign Bucharest entirely, civil engineer Eugeniu Iordachescu managed to find a way to protect most of the city’s churches by displacing them. How so ? By rolling them by.

As surprising as it sounds, his method proved sustainable as dozens of churches were saved by moving them hundreds of meters away. Nowadays, discovering Bucharest’s many churches is one of the great pleasures that the city offers. Most of them are humble-looking and do not deliver on their treasures easily, keeping magnificent frescoes and icons hidden within their walls.

Some stand out more than others though, like the Russian Church with its colorful bulbs and gold-covered interiors or the Stavropoleos Monastery and its gorgeous frescoes. Beyond their architectural appeal, these churches remain holy sites where locals gather to pray and meditate so respect is of course in order. Female travelers might want to pack a headscarf to enter Orthodox churches, although this isn’t compulsory.

While the city can look rough around the edges at first impression, Bucharest is a place that deserves to be discovered and the perfect place to start your Romanian trip.Tell us in the comments if you'd like to visit and what are the places you've enjoyed the most if you've already been there!

I am a resident of Bucharest and I want to say that you made a very good and realistic presentation of the city. Thanks! $trdo

Thanks a lot for your comment @bluemoon. As you’re a local, we’re really glad you’ve found this post both accurate and enjoyable! :)

The reflection of new and old … I love it .. I bet there are many images like that in Bucharest.

Thanks for your comment. :)
I also enjoy seeing old and new places blend together and Bucharest was definitely all about that, even more so than most European cities we’ve visited! You can find Roman churches, Neo-Classic buildings and Socialist architecture all in one place so that’s an interesting mix.

Thanks for writing this comment through TravelFeed.io!
You have received a 10% upvote from us. We hope to see you soon on TravelFeed.io!

Hiya, @choogirl here, just swinging by to let you know that this post made into our Honorable Mentions in [Daily Travel Digest #642]().