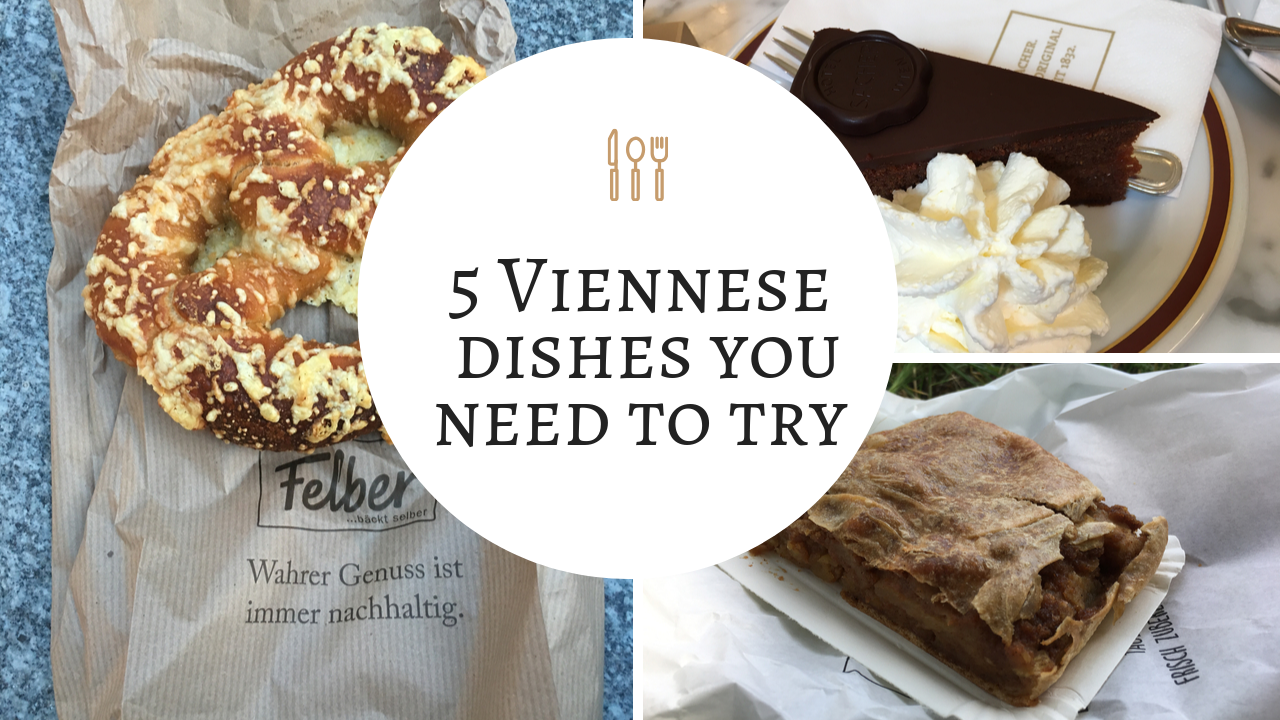 Vienna is about a certain art of living. It is a city where music, arts and architecture all come together to elevate one another, establishing the Austrian capital city as one of Europe’s leading cultural hubs. It is also a city that takes its food seriously, so seriously that it gave its name to a number of local food specialties. When in Roma, do as the Romans and when in Vienna, do as the Viennese and go dip a Wiener sausage in mustard at a local sausage booth or sit down in a coffee house to feel the golden age of the city's Kaffeekultur and take a sip of a flavorful Viennese hot chocolate, topped with whipped cream.

The good news is that Vienna is equally as serious when it comes to sophisticated desserts, simple sweets, quick snacks and comforting dishes. The tradition of Viennese food has been kept very much alive through its iconic Kaffeekultur, a legacy that has lived on for hundreds years thanks to the many historic coffee houses that can be found throughout a city that calls itself the “coffee house capital of the world”. It has also lived on through warm and cheery Biergarten and Gasthäuse, the local taverns, through bakeries beloved by every sweet tooth and Würstelstände, sausage booths, that have kept early birds and night owls well-fed day in and day out.

Here is our top five picks for every foodie to enjoy the best Vienna has to offer.

Known as Viennese cutlet outside of Austria, the Wiener Schnitzel has a nicer ring to it in its native language. Yet, this specialty might not have originated from Austria. Legend has it that it was brought from Italy in the late 19th century and took its inspiration from the Milanese cutlet. Which one came first of the Italian version and the Austrian one might be up for a historical dispute but the truth is that the Viennese cutlet differs from its southern counterpart in many ways.

First and foremost, it is made of a thinner, breaded crust, wrapping up a pan-fried veal cutlet like a mantle. It is also served with a traditional potato salad as a side dish and with a slice of lemon to complement it. Finally, it is best enjoyed in an authentic tavern, where waiters with bow-ties on come take your order and you can sit down on old-fashioned yet comfy couches to sip a refreshing beer. Café Korb, a stone throw from the magnificent Peterskirche, fits that definition perfectly.

Sausage is a staple of Austrian food, so much so that entire food stands are dedicated to selling sausages in all shapes and sizes. Würstelstände are everywhere in the city and these sausage food booths are the perfect place to go for a quick snack on the go or a late dinner out. Most of them open early, as in early enough to grab a sausage for breakfast, and only close at dawn. Yet again, the growing love for sausages in Vienna is said to have come from the Italian salami but the Viennese sausage has grown way past it over the years.

Nowadays, Würstelstände sell all kinds of sausages from Wiener sausages, which are surprisingly called Frankfurter in Vienna, to Käsekrainer which includes cheese, Bratwurst or Spicy Burenwurst.  They can be eaten as hot dogs but mostly come up with a slice of bread on the side, to be dipped in curry sauce or mustard. The Würstelstand am Hohen Markt is one of the city’s flagships when it comes to sausages and it offers low prices and tasty sausages. Don’t expect a warm welcome though and be sure to have cash.

Alright, let’s get it off the table, pretzels are not typically Viennese. We’re going to have to say it. The iconic pretzel shape is said to have been folded to resemble arms crossing the chest and where was it invented? Wait for it… It was in Italy! Except that this time, the recipe has firm roots in German-speaking areas too and is now most commonly associated with places like Germany, Alsace and of course, Austria.

As bakeries are as integral to the Viennese food scene as cafés, they’re the perfect place to take a bite of some local pretzels, which can be eaten as an afternoon snack or even as a main dish, with a Weisswurst (white sausage) for example. Pretzels also come in different recipes, our favourite one being the grilled cheese pretzel. The Felber Bäkerei is an established Viennese bakery which offers a great gateway to this local delicacy. Plus, they have a food truck that sells these babies directly near the infamous Stephansdom, along with some filling white sausages.

Eating a slice of pizza in China, a baguette in South Africa and a bunch of tacos in Norway has never been so easy. Yet, it always feels special to eat a specific dish right where it was created. It feels like perpetuating its legacy. The Sachertorte is embedded in Viennese history, to the point that it became one of the city’s most iconic dishes worldwide. Requested by the court of Prince Metternich in 1832, it was created by a young apprentice named Franz Sacher and it is said that his recipe hasn’t changed since then, for good reasons since this recipe is literally packed with flavors.

Hotel Sacher has been safekeeping the Sachertorte’s original recipe for years and it is therefore the perfect place in the city to enjoy this delicacy, along with a cup of Viennese hot chocolate. The elegance of its decoration is worth the trip in itself but be prepared to wait in line since the place is a real tourist magnet. It has definitely lost its local appeal but this is perhaps to price to pay to taste the original recipe.

The pastry called strudel can be found in different places throughout Europe such as Northern Italy, Germany and basically all of the countries that used to belong to the Austro-Hungarian Empire. The Apfelstrudel, or Apple strudel, is only a variation of the traditional recipe and this time, it was born in Vienna alright. This layered pastry is made of an apple filling consisting of grated apple, sugar, cinnamon and bread crumbs. It got popular in the 18th century throughout the Habsburg Empire and is now considered Austria’s national dish along with Wiener Schnitzel.

Vanilla or custard toppings can be found in different countries but the Viennese Apfelstrudel is best enjoyed on its own, only with a cup of tea or coffee. It is a dessert that has found its way on every menu in town, from coffee houses to taverns, but most bakeries also deliver flavourful versions of this iconic recipe.

Take a trip down to the Naschmarkt, a foodie market near Karlskirche, and get a take-away Apfelstrudel at the Gradwohl Bäkerei for an authentic experience. Don’t forget to take a walk in the neighborhood after you’re done eating as it is full of Art Nouveau buildings such as the Majolika Haus and avant-garde architecture such as the Secession Museum building.

Share your favorite Austrian dishes in the comments and your best tips to enjoy typical Viennese food if you've visited the city!

Hiya, @lizanomadsoul here, just swinging by to let you know that this post made into our Honorable Mentions in Daily Travel Digest #653.