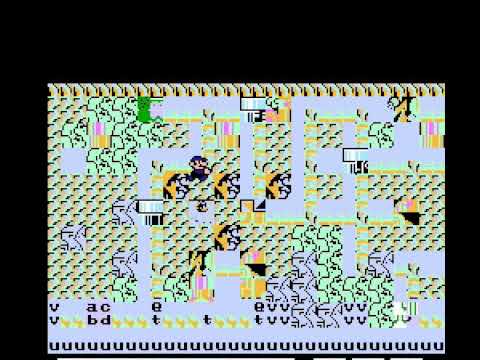 I try to find weird glitches within the game to bring back that spooky type feeling when we accidentally corrupted the game when we were young!! This glitch level in the pyramids is about the closest of what I can get to what I experienced back then. Originally I remember being able to go down a pipe somewhere in a glitch level, never found it since.

I continue in the randomized world 2. Go through a few stages, then a few more until the airship. I just record a few at a time instead of a long play through. I'm more just trying to have fun with the game with the random levels and enemy sprites.

Kinda got stuck at the hammer bros stage, maybe from throwing too many bricks around hehe.

Next are the last 2 stages of the level before the airship. So yea today I found out about the Mario 3 level editor!! Only got one working so far!! Been going through the game today adding more enemies to the levels of the randomized game! It took me all day to go through a couple worlds changing things around!! I want to finish adding to it before I continue on the play through of the game!! This is fun! I imagine that my younger self would love to add more enemies to the game and such. I know there is Mario maker. I have never played it yet. I will someday, that would be fun too and I would post those levels up!! For now I'm messing up the original as much as I can. I love the game genie codes too. Perhaps I can try more codes to mess up the music more haha

I made sure I took a break from messing with the game today. I know I can get back into music too like a force!! Life's been a trip, I'm always coming through, surprised on how I've done so well, so I always think it's time to have the real kinda fun now!! I'm so sick of the culture, consumerism etc. Yea I will get more political too and have fun with it.

Here is the airship of randomized world 2! I'm having fun with the editor. Next air ship will be more messed up I promise

I'll have to get back into sonic again soon and play that guitar video game again.