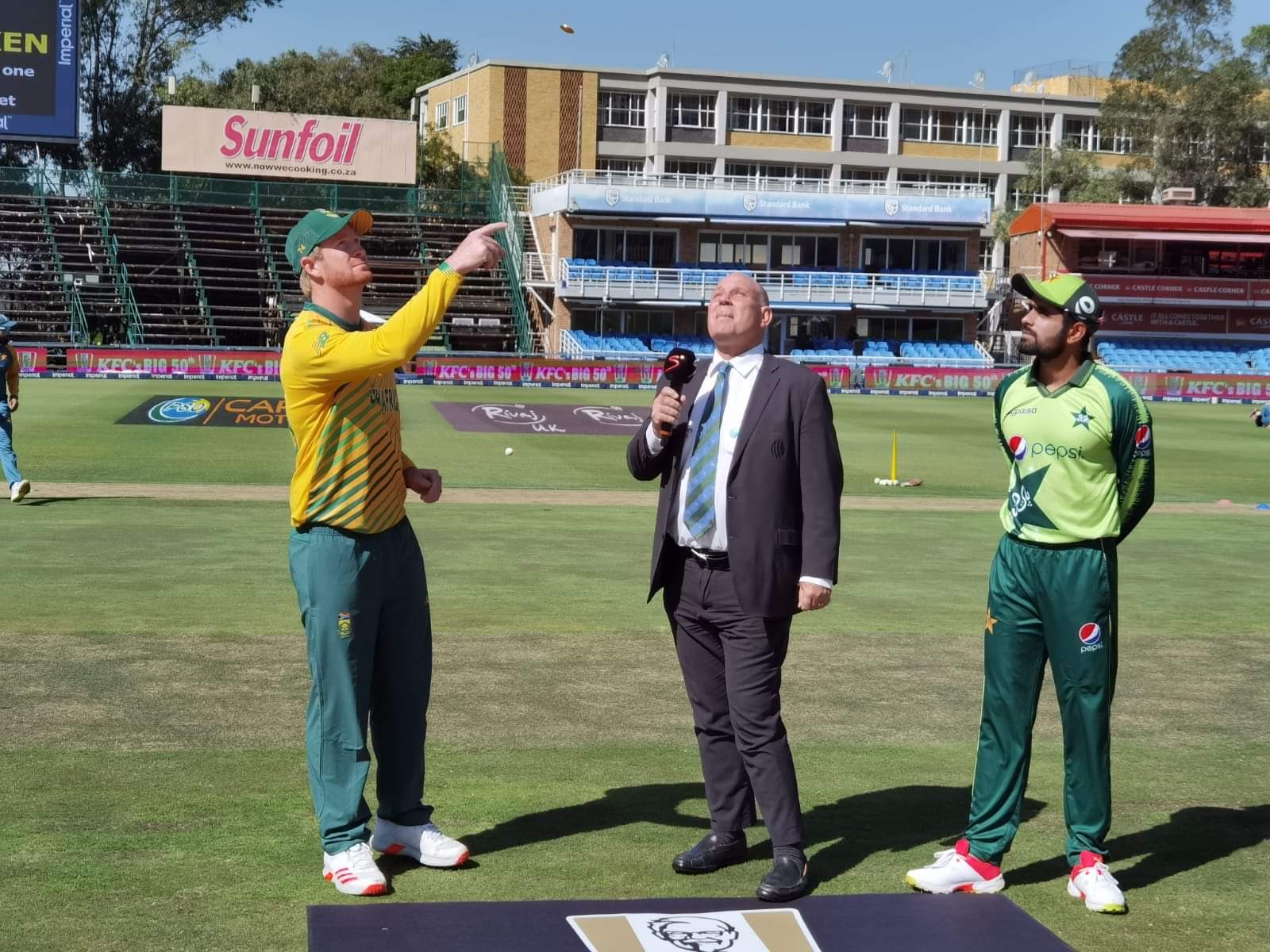 Hello and Assalamualaikum hope you are all doing all ok. This is me Hashir Alam and welcome to my post.
So as all cricket lovers knows that there is a series going on between Pakistan and South Africa. And its a big series containing 3Odis and 4 T20is. In which Pakistan had already won Odi series by 2-1 and First T20i also. But today I am covering 2nd T20. Which is happening today. So at the time of Toss. Pakistan won the toss and selected to Bat first

Here's the team for Pakistan. Pakistan made few changes Sharjeel was in for Fakhar and Hasnain was in for Haris Rauf. And didn't understand why Fakhar was dropped because he was playing beautifully.

So the match started Rizwan and Sharjeel opened the innings. And first ball Rizwan step out of the crease played the ball in air. And he was out. It was a big blow for South Africa because Rizwan played beautifully in the last match and he was a Man of match. But he was out. Then babar came on the crease Early. And not Long after Sharjeel was also out. Then Hafeez came, Hafeez was playing good he was timmng the ball greatly. But alas he was also out after making quick 30s. After that Faheem came and Pakistan was slowly progressing in the middle overs.

But wickets were falling and no good partnership held. But babar stick it in and made a 50.

Soon after making the 50 was also out and Pakistan was really struggling in the later part of the innings. Tailenders were playing and Pakistan were able to make a total of 142.

After that South Africa started their innings on a high. From ball 1 they started attacking Pakistani bolwers. And their start was really really good

Here's the little comparison between Pakistan and South Africa

Then Hassan Ali took the wicket of the opener

And to be honest there was a slightly chance of Pakistan to win. But South Africa didn't stop and continue their striking. And after some balls and wicket was gone.

But Makaram played really really well. And scored a quick 50 including beautiful shots

But damage was already done. After Makaram innings chances for Pakistan win were almost finished. After that Kalasan and Linde created a panther ship and took South Africa home. It was tough day for Pakistan. And Pakistan didn't batted well. Hope they will do good in the next match.