The case of 39 deaths in the UK - Unconfirmed news, all are Vietnamese! 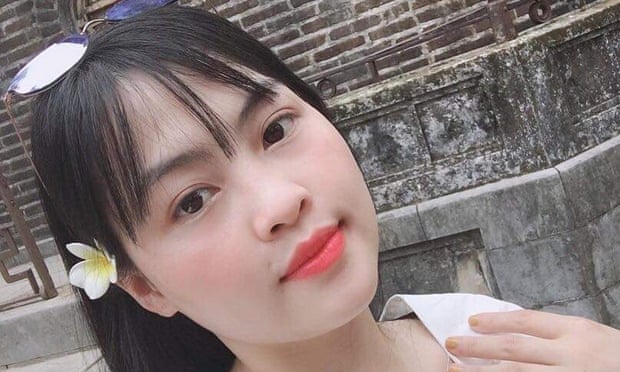 [^1]
This is Pham Thi Tra My, the official victim is confirmed to be Vietnamese among 39 people who died in container truck.
At present, at least 6 Vietnamese families are concerned that their relatives were among 39 people killed. According to Hoa Nghiem coordinator of Human Rights Organization.
At this time, the authorities of England, China and Vietnam have not yet released the official numbers of citizens from each nation of the 39 victims.
A friend of mine on facebook, this afternoon let me know that 25/39 people are Vietnamese. He said the source was reliable. Oh my god, I hope this is not true, the numbers are too great. :( But just recently, I read the news on "reuters," saying that all the victims were Vietnamese :( :( :( . [^2] :(

I knew about this disaster on October 24, as soon as it was broadcast on youtube and I also thought: there must be Vietnamese among them. Because Vietnamese people, from 1975 to today, are still looking for a way to come to another country to settle in, although death is always waiting on their journey. Meanwhile, censored (oriented) media in Vietnam always propagates that Vietnam is one of the happiest countries in the world or most livable.


Some ways of migration of Vietnamese people today:

1. Study abroad and then stay: According to research results of SHD HR Company, up to 64% of Vietnamese students wishing to stay in the host country work and live.
2. Offshore investment: According to statistics of the United States Real Estate Association (NAR), Vietnamese poured US $ 3 billion to buy houses in the US in 2017 but the actual number could be much higher.
3. Labor export: In South Korea, as of April 2018, 35% of Vietnamese workers broke contracts and illegally resided under the Foreign Labor Administration, according to Vietnam's Ministry of Labor, War Invalids and Social Affairs.
4. Illegal migration: Illegally crossing the border or via a travel or assignment. Most prominent, recently reported was the case of 9 people in the delegation of Ms. Nguyen Thi Kim Ngan, President of the National Assembly of Vietnam who stayed in Korea. [^3]
5. Marry foreigners: According to Thanh Nien newspaper, only from 2008 to 2014, Vietnam had 115,675 citizens married to foreigners, of which women accounted for over 72%.
6. Export prisoners of conscience: In fact, many prisoners had to accept to settle down in another country in exchange for freedom. The government only released them when they agreed to leave Vietnam. Many people do not accept, so they remain in the prison. [^4]

Which man? My frined!