Nghe An: Simultaneously putting the sign "NO photography, NO video recording" 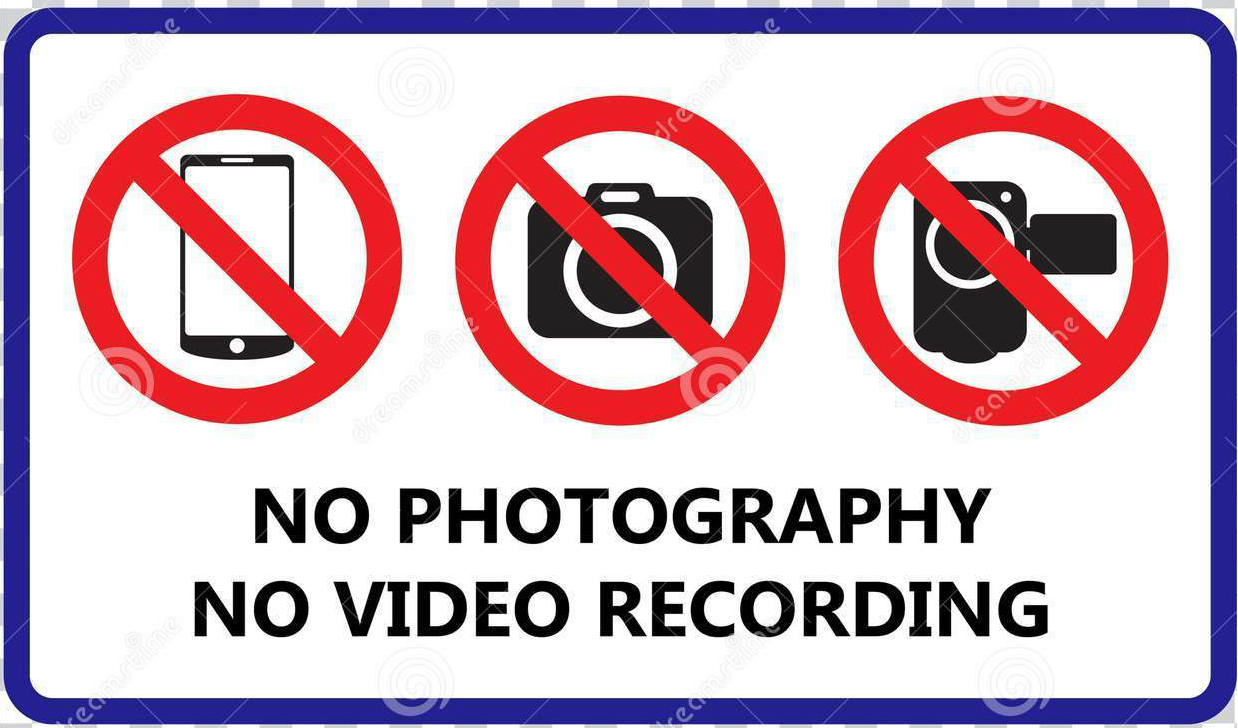 Many commune offices in Tuong Duong district (Nghe An, Viet Nam) have for months put signs banning people from filming, taking photos or recording at commune offices to "ensure state secrets", causing annoyance to people.
These signs are placed in front of the gate, yard of the commune headquarters, on the sea many provisions are prohibited and the same in content. In particular, the ban also prohibits people "filming, recording, taking photos, drawing diagrams" in the area of the commune headquarters.

At the headquarters of Tam Dinh commune (Tuong Duong district), right in front of the entrance to the headquarters, a huge ban sign was erected right next to the gate. Residents said that the ban was erected here for more than a year. Similarly, the communes of Tam Thai, Tam Quang, etc. there are banned signs.

The 2013 Constitution of Vietnam stipulates that citizens have the right to supervise the activities of state administrative agencies, the activities of ministries and civil servants in the course of performing official duties. Citizens are allowed to do what the law does not prohibit, so the prohibition of people to film and take pictures is contrary to the provisions of law, contrary to democracy and the exercise of citizens' right to supervise.

Article 4 of the Prime Minister's Decision No. 160/2004 states: The President of the provincial People's Committee shall determine the prohibited areas, specific banned places and decide to place ban signs within the areas under their management under the theme follow proposal of the Director of the Provincial Police.
Article 2 of Decision 4877/2016 of the People's Committee of Nghe An province identifies the district People's Committee headquarters of 17 units in the whole province in restricted areas.

If Vietnamese pay taxes, then they may own the commune offices, theoretically speaking.

When I talked to Vietnamese, they told me that they believe that Vietnam is owned by all the citizens of Vietnam. Well, so, I would ask them questions about it.

But the theory is that government should not be too private, too secret, if the country is like a democracy or better yet a republic.

I wonder how many Vietnamese understand the value in transparency that government should have and that people should be allowed to film in public places.

Hi how are you?
Thank for your reppy.!

Communism & Socialism
When I talked to Vietnamese, they told me that they believe that Vietnam is owned by all the citizens of Vietnam. Well, so, I would ask them questions about it.

Their belief is correct, but can you ask them, that they have full owner rights?

I think government privacy and secrecy should have, but should only be limited to issues that are detrimental to national security, secrets in so many fields prove they do the wrong thing. And the infrequent commune committee headquarters is home to national security issues.

Transparency
I wonder how many Vietnamese understand the value in transparency that government should have and that people should be allowed to film in public places.

I'm sure it makes up a small percentage.

Similarly, it accounts for a very low percentage. Otherwise Vietnam would have a different face.

Some Info Should Be Secret, Perhaps.

The laws, bills, codes, acts, rules, etc, probably should be public. The military probably should have some secrets in order to protect the borders of their country. So, the government may need to keep some secrets. The problem is when government is not held accountable and when it grows. As it grows, their secrets can help them grow more and more. Secrets can be dangerous when there is not enough democracy, a republic, an ability to talk, to debate, to vote. Like if the people, if the Vietnamese citizens could vote and decide that they want nobody to be allowed to record and film and take photos in government buildings, then at least that is what the Vietnamese people want. The problem is if many many many Vietnamese were to vote and demand that they be allowed to film in government buildings if the government then said no, you cannot. The government should probably comply to what the people want to some extent. Well, that is a democracy. Well, a republic is a little different than a democracy. But at least a democracy can be better than socialism, communism, etc, at least.