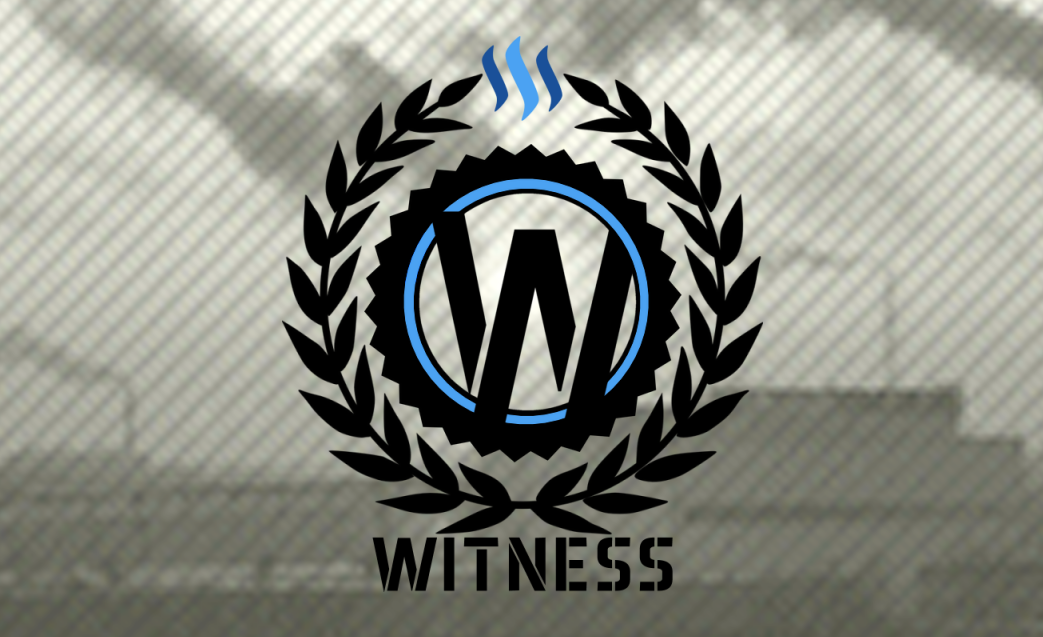 I'll keep this short since there's still a lot of work to do and not that much time to do it. This evening at 5pm EST there was a Softfork (SF), which is a technical way to say that there was a minor code change, in Steem.

My team tested the code that was part of the SF and we ran it on our primary and backup nodes knowing what the code is. The code works like this: the affected accounts may issue transactions and are not limited in any way. However, the blockchain itself will reject that transaction.

Witnesses when they voluntarily take on the role of witness shift their responsibilities from their own blog and projects to the entirety of the Steem blockchain. Irrespective of their rank and size of stake supporting them, the responsibility is the same. Our witness is somewhere in the middle of the pack and is known generally as a Backup. Top 20 witnesses are known as Consensus as the code version they run determines the code for the entire chain. Clearing this up for anyone who wasn't aware.

On Valentines Day, February 14th, we all were blindsided by the sudden announcement of Steemit Inc being sold to the Tron Foundation. Steemit Inc as a company has a variety of holdings, including its domain names, frontend platform Steemit, its servers, backups, AWS hosting for image storage, office, and all that. Plus all the work of the Steemit core developers.

It also has a stake that was mined in a manner that was both artificially-advantageous to them (a series of events were created by themselves to let them mine a huge amount of it) and since its original mining, had a scope of use placed on it that is similar to a lien. The amount is also sufficiently large that anyone controlling that stake at this date may at will replace the consensus witnesses with their own witness server(s). Part of the announcement and a series of communications on Twitter were also messages about a token swap, exchange manipulation, and other things. All those messages had the destruction of Steem the blockchain and STEEM the currency as a central theme.

Without beating around the bush, let me say that replacing the consensus witnesses with centrally-controlled servers would only be done for the purpose of running a version of the Steem code that's beneficial to only the replacement. What it means for the Steem blockchain is a hostile takeover. There is no purpose for one save for destruction of the blockchain. To stop it from existing. Otherwise no replacing of any witnesses would ever be needed.

Witnesses banded together to ensure that mitigation strategies were applied to safeguard the Steem blockchain and preserve its sanctity.

@guiltyparties was instrumental in the mitigation process in every way we could contribute. I can also assure you that every witness who got a chance to contribute to the process did so in their own unique way. The urgency of the matter, the speed of organization and the fact that many people were working around the clock meant that some Backup witnesses were forgotten. This wasn't on purpose by any means. Others working were stakeholders and project owners. Everyone stopped their lives for over a week for the benefit of ensuring the Steem community, blockchain and ecosystem can continue to exist.

After the 5pm SF and announcement (which we all co-wrote) it became apparent that some people in the community were waiting for Tron to take over Steem in order to profit from a token swap. They will have to wait a bit longer and profit from the mutual collaboration that comes when two strong players lend each other their resources. Not from one swallowing the other. We hope that those people will see the light and think about others who love the Steem ecosystem.

Later in the evening here Justin Sun wrote a reply in regards to the SF and will meet with witnesses on March 6th. Details of all that will likely not be known for a bit since there's a lot of logistics involved so I can't comment on it further.

This isn't that good of an announcement post and it's a bit late. That's because I'm tired, it's 1 in the morning right now, there's still a lot to do. I'm not that great at telling you all what I did but those who saw me in action know and that's enough for me.

Hi @guiltyparties, a modest tip of appreciation:
$trendotoken and !trendovoter .
Also, please check out my Fourth Nonsense Writing Contest.
Thanks!

Congratulations @rycharde, you successfuly trended the post shared by @guiltyparties!
@guiltyparties will receive 6.13089000 TRDO & @rycharde will get 4.08726000 TRDO curation in 3 Days from Post Created Date!

Congratulations @rycharde, 4.76% upvote has been shared with your successful call on the post that shared by @guiltyparties!

According to the Bible, Are you one of the apostles of Jesus? Why do you preach?

I thank you for all your hard work and devotion to our blockchain.

Thank you Dan, your support is much appreciated.

Thank you for your work and your determination in doing what is better for the community.
!trdo
!BEER
!COFFEEA

Hey @guiltyparties, here is a little bit of BEER from @ronaldoavelino for you. Enjoy it!

Lucky you @guiltyparties here is your COFFEEA, view all your tokens at steem-engine.com Vote for c0ff33a as Witness

Hey @guiltyparties, here is a little bit of BEER from @eii for you. Enjoy it!