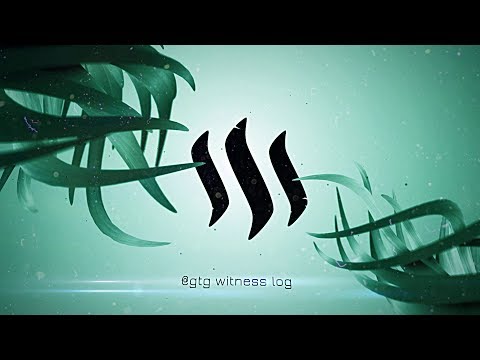 A new release for Steem - that is v0.21 - is slowly approaching.
HF21 Release was just tagged

There was a lot of discussion regarding what is going to be changed, and I’m not going to repeat it here, but I’d like to focus on testing.

A lot of effort needs to be put into ensuring that everything will work as expected.
The more eyes we have on that, the better the chance for spotting some potential flaws.

There’s a saying in Poland: ”Mądry Polak po szkodzie”.
Literally "A Pole is only wise after the damage is done"
In English, it roughly means that it’s easy to be wise with hindsight.

An important job to be done

We saw how things worked out with HF20, and we really don’t want a repeat performance of that with HF21.
Obviously, software development is prone to errors, errors were made, are made, and will always be made, but let's just try to minimize the chance of unexpectedly finding one at the worst possible time, while we can still track them before the next release.
It’s about OUR Steem, after all.

This is a story about four people named Everybody, Somebody, Anybody and Nobody.

How to participate in testing? (Useful links)

On a testnet, there are equivalents of real tokens to safely distinguish them from the real world:
STEEM -> TESTS
SBD -> TBD
Steem Power -> Tests Power
They have NO VALUE. They are for testing purposes only.

How does this look?

Here are some screenshots

Some of you might hesitate to use a main net Private Keys on a less secure testing sites.
That’s why here are 10 accounts for YOU to try.

They will work only on the testnet (please don’t use those keys anywhere else, treat them as compromised)
and only on this very specific instance of the testnet (they need to be recreated when the testnet is re-initialized)

I’ve transferred 1000 TBD (Testnet SBD equivalent) to each of those accounts and delegated some Tests Power.

If you need a private account, with keys that only you would know, feel free to ask me on Steem.Chat, and I will create one for you.

If you believe I can be of value to Steem, please vote for me (gtg) as a witness on Steemit's Witnesses List) as a proxy that will vote for witnesses for you.
Your vote does matter!
You can contact me directly on steem.chat, as Gandalf

Thank you for providing test accounts so everyone can take part in the testing efforts! Great idea 🤗

There’s a saying in Poland: ”Mądry Polak po szkodzie”.
Literally "A Pole is only wise after the damage is done"
In English, it roughly means that it’s easy to be wise with hindsight.

Super useful post, thanks for being a consistent and supportive top witness.

I agree testing is important, and it’s really good to see you are offering open access to the test net so people can access it themselves. It does feel however that HF21 is turning into the longest anticipated hard fork ever.

I actually thought HF20 went really well - there were issues of course but how they were handled is what really shines - quickly and efficiently dealt with in a business like manor - that’s what makes the Steem Blockchain such a solid reliable platform - our top twenty Witnesses are on top of their game and ready to handle anything.

cool! by the way, how can users create their own SPS proposals?

Use one of the interfaces, such as https://wallet.steemitdev.com/steem_proposal_system

Yeah for creating proposals. I saw the link and saw a button to create one but it didn't work for me at the time when I tried it. I think it's in active development so may be up and down for a bit.

In English, it roughly means that it’s easy to be wise with hindsight.

nice work @gtg... thanks for what you do

That's actually a great idea ! Lots of people don't have the technical skills to create their own keys etc on a testnet. You should include some details on how to file a bug though, testing is one thing, reporting is another :p

Heh, on Steem it will probably start as a post first...

Oopsie, I was missing blocks. Fixed.

That's by the way a tricky one. If you are a witness on a mainnet, your witness updates are tried to be reproduced on a testnet, so one becomes a testnet witness without knowledge and consent, and obviously starts missing blocks because there's no node to sign them.

Indeed, I noticed that too while updating to 20.12 and switching signing keys on the mainnet. I missed blocks on the testnet again until I reset the testnet signing key to produce there again.

Thanks for this. I just spotted there is a problem with the formatting of emojis in post titles on the test net.

Good catch!
I guess that it might be related to how transactions from mainnet are "replayed" on testnet (same issue is visible in steempeak mainnet/testnet) and apparently it was a good guess:
https://github.com/steemit/tinman/issues/191

Oh maybe I should be reading git before I reinvent the wheel. Thanks @gtg

Well, actually it was added to GitHub because you found it :-)

Only for this post, I'm gonna vote for your witness right away!!

No matter how grey a fellow gandalf is and he's not as cranky, funny & pink as myself. :)

This will be my last warning firealien fruity loops. Click on the damn green text above and READ the damn shit. Or click on the more verbose image below. I don't care. ¡Get Your Shit Together ASAP! 'Bro'.

Thanks @gtg, love your story about Anybody, Somebody, Nobody and Everybody, they sound great! :-)

As an aside I'm looking for support in the #butthurtwars. No longer can I stand by and watch General Butthurt bully Steemians with his SP

Ride with me brother!

Hi, Im going to leave you an important message on steem.chat, please check it out

Got it, thanks for info.

Oh nice! Now I can finally afford to test drive that Lambo!

I'm flagging you and u'r friends!

Flag for talking to @gtg!
@gtg is the #1 worst guy/thing on this platform! Flags for everying see hanging around his blog, or people he up-votes too are all eligible!

It's interesting all the coding, congratulations ... by the way I have you on my witness list for a long time :)

Pls dont stop. I caught your downvotes on the pricks taking trending every single day.
Its the time to change the submissive mentality of the community. Hf21 is coming and theres a chance things can shift.
If it doesnt start now it never will and steem community will never take control of steem.
Go all the way.

I was aware of eonwarped's herotestnet, steemitblog people need to do better at pinning these types to the side board or the feed top. It is late where I am at but I will do as I did on eon's test pages and make some comments and do some votes, maybe even a post. Let me know what else you would like tested from a user point of view, a non-programmer point of view and I will do my best and even put up with the inane comments form onlookers that do nothing. I will be using my alternate account @shadowmask for the testing. i will start when I wake up.

I got the following error when trying to log in to the steempeak test site:

Oops, something went wrong. The log in request URL provided is invalid.

Pretty much anything I clicked gave that error, and a:

You need to login before continuing
Sign in with SteemConnect

Which did not work and only led back to that initial error I got.

The condensertestnet did not go anywhere at all, just a blank page with nothing.

On the steempeak proposal I could see the page, click the link, but that was about it, could not vote, or comment.

The https://testnet.steemitdev.com/ was, well to a non programmer - odd looking. Looked like error handling stuff with little down carrots for collapsing table data, a heading box, JSON, Raw Data, and Headers, box's in a menu type line.

I know not much help, but I am guessing it is not up and running right now for test postings and comments. Will check back a little later in the day, or on Monday.

My all time favorite steemian witness and friend for zillion of steemit lighthearted ! Much 💜💜💜